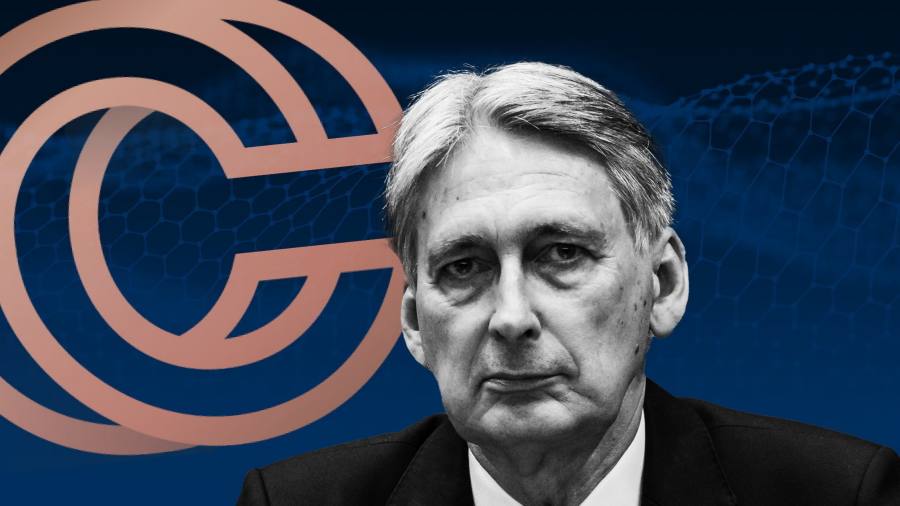 Philip Hammond has warned that the UK is falling behind EU rivals as a financial centre for digital assets as the former chancellor takes on a new role as chair of crypto exchange Copper.

Hammond said the Mayfair-based fintech group had almost closed a new funding round despite turmoil in the cryptocurrency market. The fundraising is expected to value the company at about $2bn.

But he warned that the UK needed to move faster on creating a more effective regulatory framework governing digital assets to compete with countries that were already racing ahead.

“The UK needs to be leading in this area post-Brexit,” he told the Financial Times ahead of the announcement of his appointment on Thursday.

“It’s allowed itself to slip behind,” he said. “Switzerland is further ahead. The EU is also moving faster. There has to be appetite to take some measured risk.”

It was forced last year to register in Switzerland after withdrawing its application in the UK. Hammond blamed this on the slowness of the Financial Conduct Authority, which he said could have resulted it in losing customers when its temporary registration ended in March.

Hammond, who was UK chancellor from 2016 to 2019, said he hoped “UK authorisation will be forthcoming in the future”.

“We are very much hoping to migrate back to London,” he said. “Post-Brexit, the UK needs a strong financial services sector. We need to work out how to become the location of choice for trading in new asset classes.”

Hammond said there was a need for “better, more effective” regulation of the crypto sector.

The Treasury is planning to reform regulations around the cryptocurrency industry, described by ministers as a way to create “effective regulation” that would help make Britain a global hub for crypto asset technology and encourage businesses to invest and innovate.

Hammond, who confirmed to the FT that “the majority of the money” had been secured for Copper’s new funding round, has been an adviser to the group since 2021 and holds “a small stake” in the company.

Hammond said he would ensure “robust governance” of the business and oversee recruitment of people from more traditional financial services sectors with experience in compliance and regulations, which would make Copper the “best governed, most secure player in this space”.

He added that Copper was continuing to add new clients and exchanges despite the downturn in the crypto market and the fallout from the FTX debacle.

Parts of the market, he acknowledged, were still akin to the “wild west”. He said FTX “highlighted the counterparty risk in the traditional crypto trading model”, and that this had led to a “tremendous surge in interest” in Copper’s platform.

“We have managed to grow in a market that has shrunk 70 per cent,” he said.

Copper’s chief executive Dmitry Tokarev, who founded the group in 2018, said Hammond’s “public advocacy relating to the importance of connecting traditional finance with distributed ledger technology comes at a time when it is needed more than ever”.