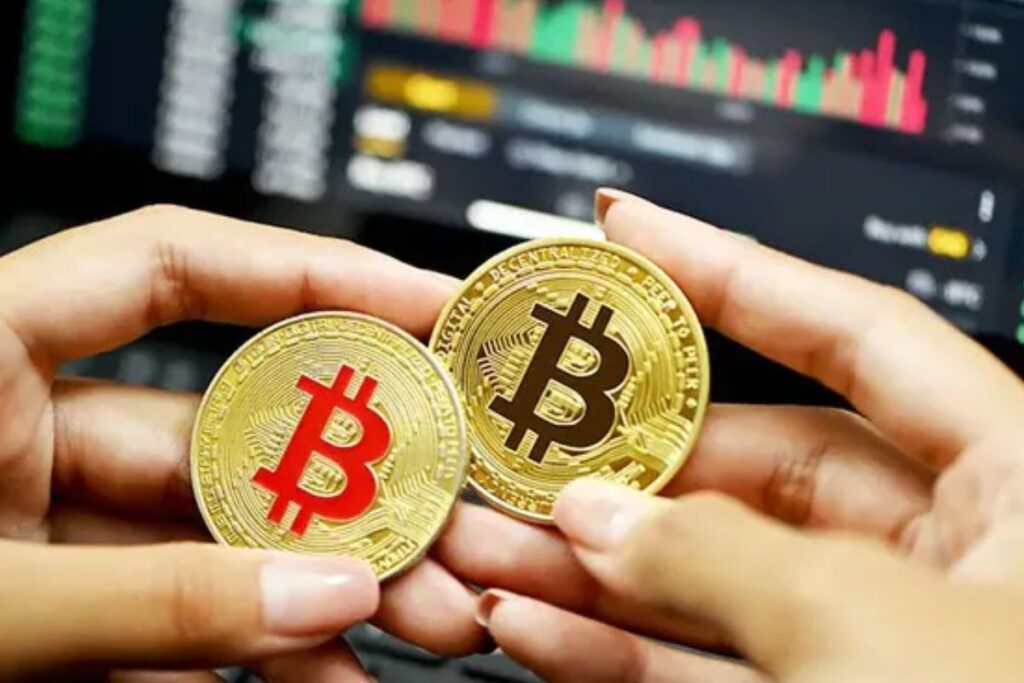 In February of last year, the Los Angeles Rams’ victory over the Cincinnati Bengals in the National Football League championship game had a tremendous impact both on and off the field and in homes across the nation.

The Super Bowl broadcast featured a series of cryptocurrency advertising on one of the biggest nights in American television history, with 99 million people. The topic of digital tokens having matured was hotly debated on social media as they seized primetime spots that had previously been dominated by well-known brands like Coca-Cola and General Motors.

One of the ads that night featured comedian Larry David as a Luddite who derided several of humanity’s greatest inventions, including the wheel, Edison’s lightbulb, and, as the advertisement implied, the FTX bitcoin exchange. When informed that the platform provides a “safe and easy way to enter into crypto,” David’s character answers, “Ehhh, I don’t think so – and I’m never wrong about this stuff.”

The commercial hasn’t held up well over time.

The industry that offered an alternative to the established global financial paradigm now confronts existential issues due to the collapse of numerous large cryptocurrency enterprises in recent months.

The popular bitcoin trading company FTX, which was featured in the Super Bowl advertisement, collapsed in November as well. The company’s creator, Sam Bankman-Fried, was apprehended and charged with fraud after being located in the Bahamas in December. The value of Bitcoin, the most well-known cryptocurrency in the world, is currently only a third of what it was in October 2021.

Don’t be like Larry, reads the tagline at the end of the FTX advertisement featuring David. Many of the 420 million people who are thought to have invested in cryptocurrencies today may wish they had been more like Larry.

Are we, therefore, witnessing the end of cryptocurrency?

Cryptocurrencies as a concept are likely to endure. However, there will probably be more regulation and unpredictability in the sector. Many companies and currencies will fail. Businesses must overcome one difficulty above all others if they want to survive: regaining client confidence.

Trading platforms for cryptocurrencies have historically attracted users by promising speedy returns on investment. The deal is that you may earn high-interest rates, often in the double digits, by keeping money in so-called crypto wallets, which are designed to work like savings bank accounts. The chance to conduct transactions without fearing that a regulator may serve as an intermediary is an extra draw for people who have a negative view of traditional finance.

But since the US Federal Reserve and other major central banks across the world dramatically increased interest rates through 2022, more conventional investment options became more lucrative than previously, and this allure faded. For instance, throughout 2022, the US rate skyrocketed by more than 4 percentage points.

A crisis that, in the opinion of experts, is far from over resulted from the freefall of TerraUSD and Luna combined with safer alternatives and decreased faith in cryptocurrencies.

“I think we’ll see a lot more negative news before things start looking better for the sector,” said Tim Leung, director of the computation finance and risk management unit at the University of Washington in Seattle.

Crypto platforms will probably have low trading volumes for a while because many potential clients are now sceptical, according to Leung. The cryptocurrency industry likes to brag about its independence, but it is dependent on funding from conventional markets.

It’s uncertain, according to Leung, how much of that financing will be maintained in the current environment. He expressed concern that many smaller businesses would fail due to decreased commerce and finance. Companies that use supercomputers to create a virtual currency, or coins, such as cryptocurrency mining companies, would also be impacted, according to Leung.

The profitability of their business model will be strained by decreased demand for coins caused by low trade volumes and high energy prices. He predicted that this period would last until 2023. Instead of a crypto winter, “it’s more likely to be a crypto ice age.”

According to analysts, the decline is not unexpected.

The Stern School of Business at New York University’s David Yermack, a professor of finance, claims that “this is a start-up business with hundreds of enterprises and lots of innovation.” He asserts that the immediate future for cryptocurrencies will be chaotic, but he is confident that “ultimately best practises will develop through competition.”

Governments all across the world have hinted at plans to intervene to protect consumers from this instability. On how to effectively intervene, though, authorities and analysts seem to disagree.

In September, Gary Gensler, chairman of the US Securities and Exchange Commission (SEC), said that the current legal framework is sufficient for the cryptocurrency industry. According to him, the majority of cryptocurrencies are comparable to conventional securities, which are tradable financial assets like stocks or bonds.

That strategy is supported by American University in Washington, DC Hilary Allen, law professor. According to her, trading platforms and cryptocurrencies must adhere to the same governance rules as traditional securities, including registering with the regulator and displaying asset transparency, or they risk being shut down.

It would be incorrect to introduce new regulations for the cryptocurrency market, she said. It would support the idea that cryptocurrencies are distinct from other traditional financial assets and cannot be held to the same standards, according to Allen. That conveys a dangerous message.

However, numerous other professionals are of the opposite opinion.

According to Bruno Biais, a finance professor at the HEC Paris business school, there is a fundamental difference between securities and currencies. According to him, investors choose stocks or bonds depending on the cash flow or assets of the business that is selling them.

They purchase money in the hopes that it may one day be recognised by others, whether it is in the form of a dollar, a euro, or a digital token. According to Christian Catalini, founder of the Massachusetts Institute of Technologies (MIT) Cryptoeconomics Lab, trying to put an existing legal framework on cryptocurrencies without adapting it to new technology won’t work.

According to Catalini, it won’t ensure consumer protection. He added, “Worse, it may eliminate the space’s innovation potential without providing the public with any appreciable benefits.

The consensus among observers is that the sector’s legislation should pay special attention to one type of cryptocurrency in particular: so-called stablecoins.

The value of stablecoins is tied to a conventional currency, like the US dollar, or other traditional assets, like gold, as opposed to volatile tokens like Bitcoin, whose price can change drastically.

For instance, the most traded stablecoin in the world, Tether, has a $1 value per coin and is frequently traded even higher than Bitcoin. Stablecoins are marketed as being safer than other cryptocurrencies but still earning well through cryptocurrency wallets thanks to their value stability.

According to Biais, “the very term’stablecoin’ creates the picture of trustworthy money that provides customers with a false sense of security. “The issue? Stablecoins are virtually unregulated, in contrast to conventional currencies and banks.

There is also no guarantee that someone who possesses $100 in stablecoins will be able to redeem that amount at any time, just as would be the case with a banknote, according to Biais.

The Financial Stability Board (FSB), a global advisory group established by the G20 following the 2008 financial crisis, has been encouraging major nations to enact legislation to ensure that stablecoins prove their capacity to repay clients.

The FSB cautioned that many current stablecoins “are created by unregistered and unregulated organisations and do not have trustworthy methods to guarantee their promise of price stability” in its report from October 2022.

While US regulators seem to be indecisive about the need for additional regulations, many other countries and areas are moving toward legislation made explicitly to regulate the cryptocurrency industry, especially stablecoins. These guidelines might make sure that “positive actors prosper, and bad actors leave from the crypto ecosystem,” as Catalini put it.

Markets in Crypto-Assets (MiCA), a new rule adopted by the European Union, will compel all cryptocurrency businesses to register with the appropriate authorities. Stablecoins will require assets to ensure payments to customers at any moment. In 2024, MiCA will go into effect.

Only banks and other highly regulated financial institutions are permitted to issue stablecoins in Japan as a result of legislation implemented there last June. The Financial Conduct Authority, the nation’s primary financial services regulator, would be in charge of supervising crypto companies, according to a proposal made by the British government.

India’s finance minister has stated that the country’s G20 presidency in 2023 will place a high priority on crypto regulation. Indeed, a global framework for regulating cryptocurrency is necessary, according to Leung of the University of Washington, as many companies in the industry have a presence globally.

But before any of this can help the sector recover, analysts added, cryptocurrency companies must win back their clients’ trust.

According to Biais of HEC Paris, many cryptocurrency enthusiasts will likely be curious to see how large fraud cases, like the one involving FTX, pan out. He claimed that if people saw justice being done and individuals who had lost money due to such schemes received it back, it would help to restore faith.

According to certain scholars, such as Allen at American University, cryptocurrencies won’t have a significant future impact on the financial industry. There is nothing there that you can’t do with ordinary finance instruments, she insisted, once the exaggeration is taken out.

Others are still of the opinion that cryptocurrencies, with their potential to support peer-to-peer, decentralised financial exchanges, constitute a revolutionary technology. Even though some of the earliest projects in the crypto field are failing, according to MIT’s Catalini, the technology is here to stay.

He compared the situation to the dot-com bubble crash in the late 1990s when many pioneering web businesses failed. He called them “the internet heavyweights of today,” including those that survived or emerged later, like Amazon.

Leung from the University of Washington argued that it is still preferable to exercise caution until the dust settles and trustworthy laws are implemented. You shouldn’t base decisions, he continued, “on Super Bowl advertising.” “This isn’t a game.”

edited and proofread by nikita sharma