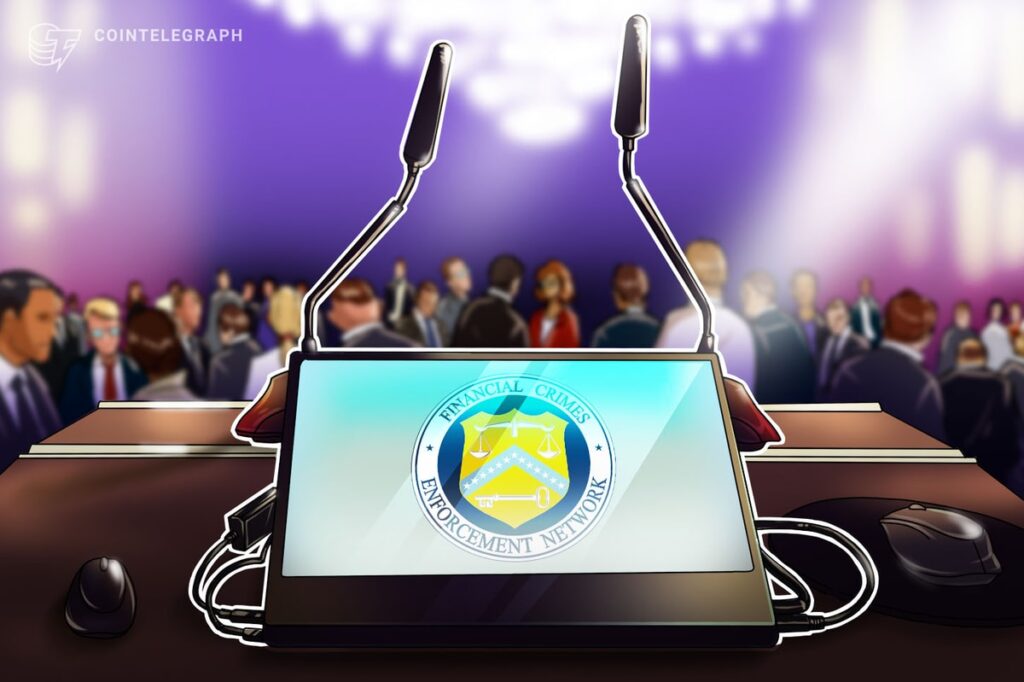 FinCEN lists Binance among the top Bitcoin counterparties of Bitzlato

The United States Financial Crimes Enforcement Network (FinCEN), a bureau of the Treasury Department, has argued that Binance is linked to the illegal cryptocurrency platform Bitzlato.

In an order published on Jan. 18, FinCEN stated that Binance cryptocurrency exchange was among the “top three receiving counterparties” of Bitzlato in terms of Bitcoin (BTC) transactions.

According to the authority, Binance was among the biggest counterparties that received Bitcoin from Bitzlato between May 2018 and September 2022. Other such counterparties included Russia-connected darknet market Hydra and the alleged Russia-based Ponzi scheme known as “TheFiniko,” FinCEN noted.

On the other hand, FinCEN did not mention Binance as the top three sending counterparties in the order. According to the document, the biggest Bitcoin senders to Bitzlato between May 2018 and September 2022 were Hydra, Finland-based exchange LocalBitcoins and TheFiniko.

“Approximately two-thirds of Bitzlato’s top receiving and sending counterparties are associated with darknet markets or scams,” FinCEN wrote in the order. Between 2019 and 2021, Bitzlato received crypto worth $206 million from darknet markets, $224 million from scams, and $9 million from ransomware attackers, the agency noted.

The news comes amid multiple U.S. authorities initiating major enforcement action against Bitzlato, accusing the firm of money laundering and allegedly facilitating circumvention of sanctions against Russia. As part of the case against Bitzlato, the Federal Bureau of Investigation arrested Bitzlato founder Anatoly Legkodymov on Jan. 17 in Miami.

Unlike major crypto exchanges like Binance or Coinbase, Bitzlato was a little-known cryptocurrency service. Founded in 2016, the platform reportedly has an office in the Federation Tower skyscraper in Moscow, where it accepted transactions of $100,000 or more.

The alleged involvement of Binance in Bitzlato’s case apparently raises some concerns about the exchange’s operations and potential ties with Russia. As previously reported, Binance was among exchanges that opted to continue to serve non-sanctioned Russians after the European Union adopted the eighth sanctions package against the country.

Addressing Cointelegraph’s request for comment regarding FinCEN’s reference to Binance in Bitzlato’s case, a spokesperson for Binance said that the firm has been collaborating with regulators, stating:

FinCEN did not immediately respond to Cointelegraph’s request for comment.