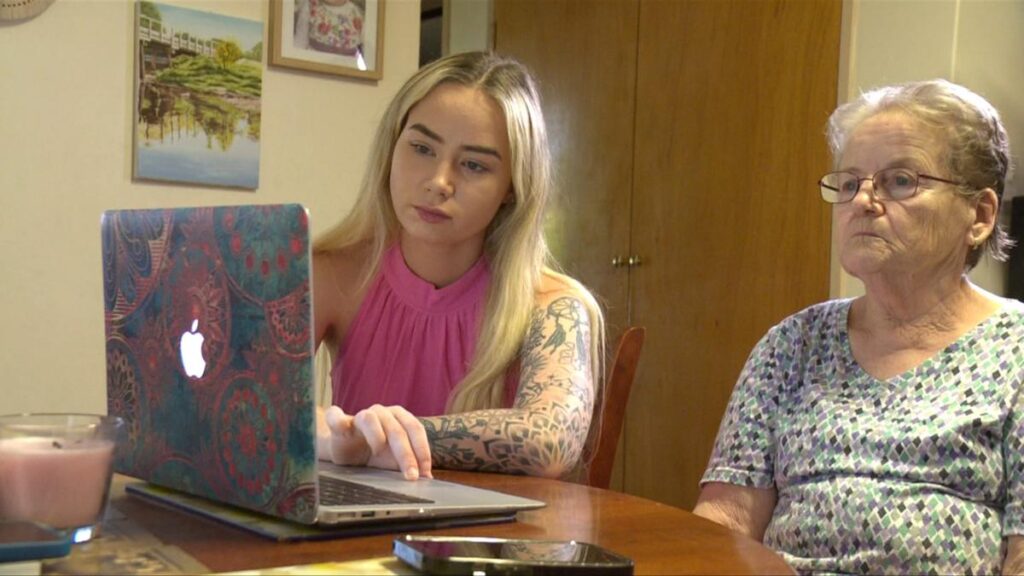 A West Australian great-grandmother has been scammed out of $150,000 of her life savings when she was lured in by a fake cryptocurrency advertisement.

The Morley woman was tricked by a fake email falsely claiming Sunrise’s David “Kochie” Koch was an investor. Now, she wants other Australians to be aware.

WATCH THE VIDEO ABOVE: Morley great-grandmother scammed out of thousands.

Speaking to 7NEWS, a devastated Dale Hambrook says she feels “stupid” she fell for the elaborate scheme.

“I wish it could all go away,” she said.

The ordeal started in June when she received an email from an unknown sender encouraging her to take part in the crypto scheme.

With medical expenses mounting in her life, the 73-year-old thought the email came at the perfect time to help her boost her finances.

“I got an email about Kochie about investing in Bitcoin and he was doing very well with it, and I thought it would be a good opportunity to make a few dollars, extra dollars so I could have some eye surgery to cover the out-of-pocket,” Hambrook said.

The email prompted her to click a link in the article to sign up to the fake trading scheme, which initially asked for a $250 fee.

But the cost only grew from there.

Hambrook did not catch on she was being scammed until it was too late.

It was only when the great-grandmother asked to get some of her money back that she realised something was wrong.

“As soon as I asked for money the contact stops,” she said.

Hambrook’s granddaughter Rachel says the sophisticated scammers even fooled her.

“There’s reviews, there’s people commenting with real names so you think it’s with real stories – it’s very easy to get sucked in,” she told 7NEWS.

“Beware … 2023 and the financial scams keep on coming more than ever,” he warned.

“They are scams trying to con you by illegally using my image and attributing fictitious comments to me.”

Hambrook’s family has not lodged a refund request with ANZ and they are aware their chance of recovering the money is slim.

WA Commissioner for Consumer Protection Trish Blake’s advice for Australians is to ask themselves one question before ever entering their details: “Could this be a scam?”

“If it is a scam then step away, do your research. Nothing bad is going to happen in that five seconds if you pause.”

As Hambrook comes to terms with the fact she may never see the money again, she wants to stop others going through the same tragedy.

“Don’t be dumb like me, because once it’s gone it’s gone.”

– With reporting from Letitia Wallace

Why Australians should watch out for this myGov email

The text message that saw Aussie teen lose $37,000 in seconds – and why the bank won’t give it back