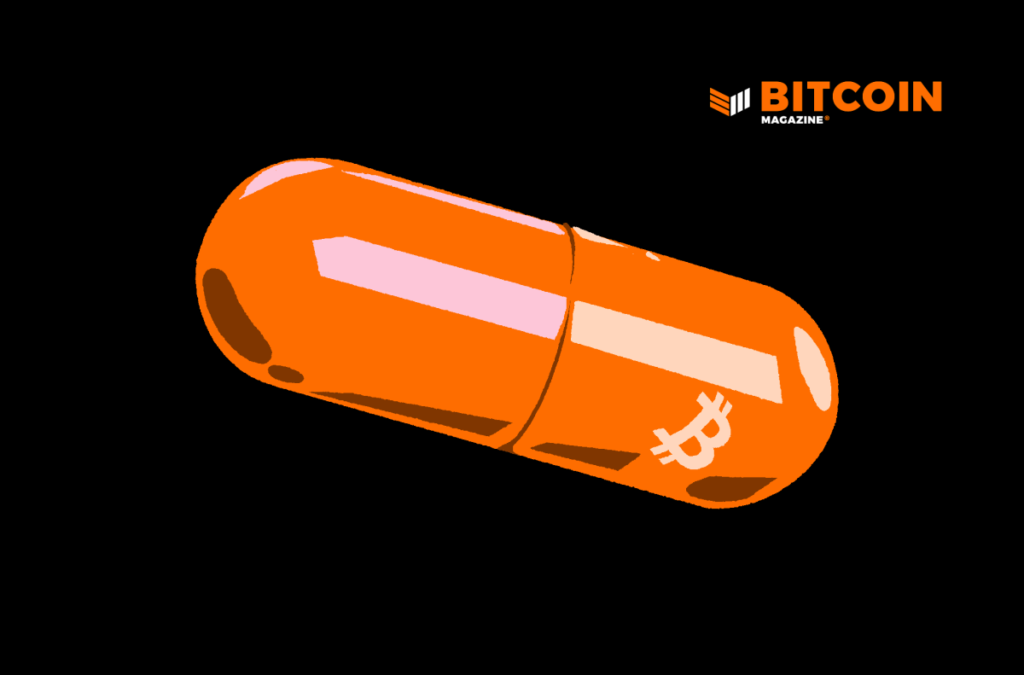 This is an opinion editorial by Santiago Varela, a bitcoin miner and writer from Mexico City.

My sister turned 18 years old in the beginning of 2023 and I gave her a very unusual gift during this holiday season. Because I love her, I truly believe that the best gift I can give her is the orange pill.

It all started with a letter that I wrote for her explaining the gift I was about to give her. Then, I handed her a copy of “The Bitcoin Standard” by Saifedean Ammous and a hardware wallet. However, that was just the beginning of a long process that we had to go through together if I really wanted to orange pill her.

Of course, I was well aware that her first reaction to my surprise wasn’t going to include the typical face of an 18-year-old girl opening her presents on a joyful Christmas morning. At first, she seemed more confused than excited. I have no doubt that she was expecting some nice pair of shoes or a cool gadget. I’m sorry sis, but that’s how we maximalists roll.

In the birthday/holiday letter, I pointed out three reasons why I was giving her this specific gift:

The long process of orange pilling my sister began with a quote from the prologue of “The Bitcoin Standard,” which I consider the perfect starting point. I asked her to read this quote over and over again before beginning the orange-pilling journey:

“This book does not offer investment advice, but aims at helping elucidate the economic properties of the network and its operation, to provide readers an informed understanding of bitcoin before deciding whether they want to use it. Only with such an understanding, and only after extensive and thorough research into the practical operational aspects of owning and storing bitcoins, should anyone consider holding value in bitcoin. While bitcoin´s rise in market value may make it appear like a no-brainer as an investment, a closer look at the myriad hacks, attacks, scams, and security failures that have cost people their bitcoins provides a sobering warning to anyone who thinks that owning bitcoins provides a guaranteed profit. Should you come out of reading this book thinking that the bitcoin currency is something worth owning, your first investment should not be in buying bitcoins, but in time spent understanding how to buy, store, and own bitcoins securely. It is the inherent nature of bitcoin that such knowledge cannot be delegated or outsourced. There is no alternative to personal responsibility for anyone interested in using this network, and that is the real investment that needs to be made to get into bitcoin.”

In the letter, I told her that I would help her set up the hardware wallet and I would send her a little bit of bitcoin. To begin, I sent her $10 worth of bitcoin. But then, to make sure that she invested time into acquiring the basic, necessary knowledge and to make her understand the proof-of-work philosophy, I promised that I would send her $100 worth of bitcoin for every chapter of the book that she read. Therefore, I prepared a quiz for each chapter to verify that she really read carefully.

However, as someone who is deep down the Bitcoin rabbit hole, I knew that making her read the book to stack sats on her hardware wallet wasn’t enough. That was nothing, we were just getting started. So, what was next in the orange-pilling journey? Every time that I crossed by any opportunity, I tried to convert that moment into a little Bitcoin lesson.

For example, there was such an opportunity after my sister was assigned a project in her high school philosophy class. Knowing that I am a big fan of philosophy, she came to ask me for help. The project consisted of having a conversation with one of your family members but using the famous Socratic method for the conversation. If you don’t know what that is, the Socratic method (named after Socrates) is “a form of cooperative argumentative dialogue between individuals, based on asking and answering questions to stimulate critical thinking and to draw out ideas and underlying presuppositions.”

Obviously, we had a dialogue about Bitcoin and money using the Socratic method.

Another thing I did in this orange-pilling journey was to show her a rabbit hole inside of the Bitcoin rabbit hole: bitcoin mining and energy. I love bitcoin mining and the energy aspects of Bitcoin. In fact, I love it so much that we have an ASIC in our garage. It wasn’t really hard to make her grasp how passionate I am about home mining. Believe it or not, she had never even seen my ASIC (she had only heard the “brrrrrr”). Consequently, I took her to the garage and she got some hands-on experience. I also have my Bitcoin and Lightning nodes in the garage. That was a lot of fun because with tools like Mempool.Space and LnVisualizer I was able to help her see the tangible side of Bitcoin. This is when I really felt that it all began to come together.

As you all likely know, knowledge about Bitcoin can’t be delegated or outsourced. When it comes to Bitcoin, there is no alternative to personal responsibility. Although I’ve told her that I’d love to help her with anything, I can’t guide her down the rabbit hole forever. You have to go down the Bitcoin rabbit hole by yourself. I guided her for a long time but the moment for her to embark on the journey for herself is here. Like Oscar Wilde once said: “Education is an admirable thing. But it is well to remember from time to time that nothing that is worth knowing can be taught.”

So, I began treating her like any other Bitcoin pleb out there and let her go down the rabbit hole by herself. The only thing I did was to send her a bunch of resources (articles, podcasts, videos, books, etc.) and let her go her own way. At the same time, I realized that I could do this with other kids that are about the same age as my sister. Even better, I realized that my sister could help me with this and introduce her digital-native friends to Bitcoin because, if you care about Bitcoin, you should onboard people individually.

Accordingly, I’ve decided to turn our garage into a little Bitcoin academy. Although my sister was the guinea pig for this experiment (and, as I am writing, she is the only student that has attended Bitcoin academy), I have to give a big shout out to other Bitcoiners around the world who have shared educational content for anyone to use. For example, Mi Primer Bitcoin (from El Salvador) has an amazing Bitcoin diploma workbook that anyone can download for free. I have no doubt that initiatives like theirs or like Escuelita Bitcoin in Uruguay are what we need if we want a future with sovereign individuals. We need to teach the young.

Hopefully, this inspires other Bitcoiners around the world to introduce their younger siblings to Bitcoin. I was inspired by initiatives like the ones mentioned above and by stories like the Denver middle schoolers who became Bitcoin entrepreneurs. With a little bit of luck, the next time I write an article for Bitcoin Magazine, it’ll be about Mexico City middle schoolers who became Bitcoin entrepreneurs. For now, stay humble and stack sats my friends.

This is a guest post by Santiago Varela. Opinions expressed are entirely their own and do not necessarily reflect those of BTC Inc or Bitcoin Magazine.

Twitter Prepping For Payments, Could Include Bitcoin And Crypto: FT