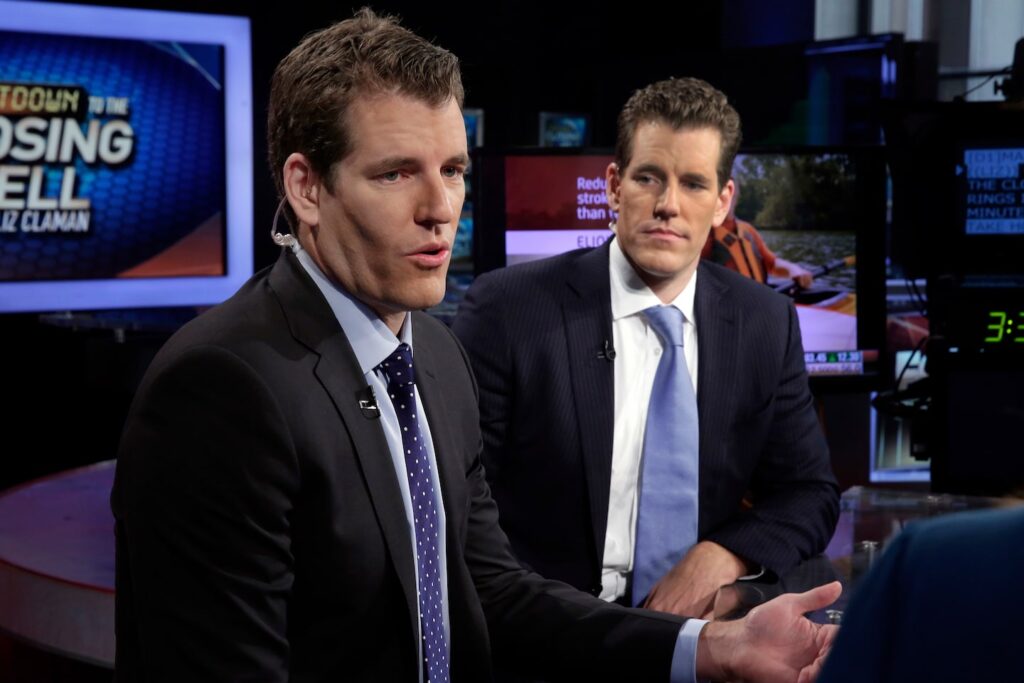 For nearly two years, everyday Americans put money on a crypto platform called Gemini, earning high interest rates for their money at a time when those can be extremely hard to come by.

But in November, all 340,000 users of the program — which is led by the Silicon Valley twins Cameron and Tyler Winklevoss — found themselves unable to withdraw their money as the crypto market began to crater and the firm went through a liquidity crunch.

Now the Securities and Exchange Commission is seeking to do something about it. On Thursday, the regulator charged Gemini and another company it does business with, Genesis, with not registering the program they ran as a security. It’s an attempt to hold the companies accountable and could generate damages to repay investors.

The SEC is taking aim at Gemini Earn, a program that promised consumers high-interest returns for parking their money in these crypto accounts. It brought the same charge against Genesis.

“We allege that Genesis and Gemini offered unregistered securities to the public, bypassing disclosure requirements designed to protect investors,” SEC chair Gary Gensler said in a statement announcing the charges. Registering, he said, is “not optional. It’s the law.” The agency did not specify the amount of damages it’s seeking.

The SEC’s move is part of a government effort to hold crypto companies to account for massive customer losses, which have been mushrooming since the cryptocurrency exchange FTX imploded in November, sending ripples through the industry. The SEC and Commodity Futures Trading Commission have each recently brought complaints against FTX co-founder Sam Bankman-Fried with the same goal in mind.

Under Earn, Gemini gives high rates to customers in exchange for borrowing their money. They have done this in partnership with Genesis, which itself borrows the money from Gemini at high rates. In recent weeks Gemini and Genesis executives have feuded over who has failed in their responsibility to return the money to consumers.

As a result, about $900 million is frozen on Gemini Earn with no indication of when customers will be able to access it.

Not every expert is convinced the SEC has a strong case.

Carol Goforth, a professor at the University of Arkansas School of Law and a securities-regulation expert, said it was not clear the Gemini instance would pass one of several legal tests the government uses for securities.

“Just to say that every crypto is a security is deeply unsettling,” she said. “It really depends on how the product, whether it’s Gemini Earn or anything else, is marketed. They are not all the same.”

The co-founders of Gemini, the Winklevosses, are known as provocateurs in Silicon Valley. The twin brothers were Olympic rowers from Harvard who sued Mark Zuckerberg, alleging that he and his partners stole the idea of Facebook from a company they founded. Fashioning themselves as early crypto adopters, they had remade themselves into some of the most successful entrepreneurs in the industry as Gemini became one of the more popular crypto lending platforms.

A big reason for that popularity was Earn, which since it launched nearly two years ago promised returns as high as 8 percent.

Genesis is part of Digital Currency Group, or DCG, a conglomerate run by finance mogul Barry Silbert and whose holdings include the asset manager Grayscale Investments and the news platform CoinDesk.

Neither Gemini’s Cameron Winklevoss nor a representative for Genesis replied to a request for comment.

The SEC has sought to use this power before. In early 2022, for example, the agency and state securities agencies charged and reached a $100 million settlement with crypto lender BlockFi.

SEC officials told reporters Thursday that the move against Gemini and Genesis was part of a larger plan to pursue crypto companies that have not registered as securities. They said they are making no distinction between Gemini and Genesis in pursuing the action.