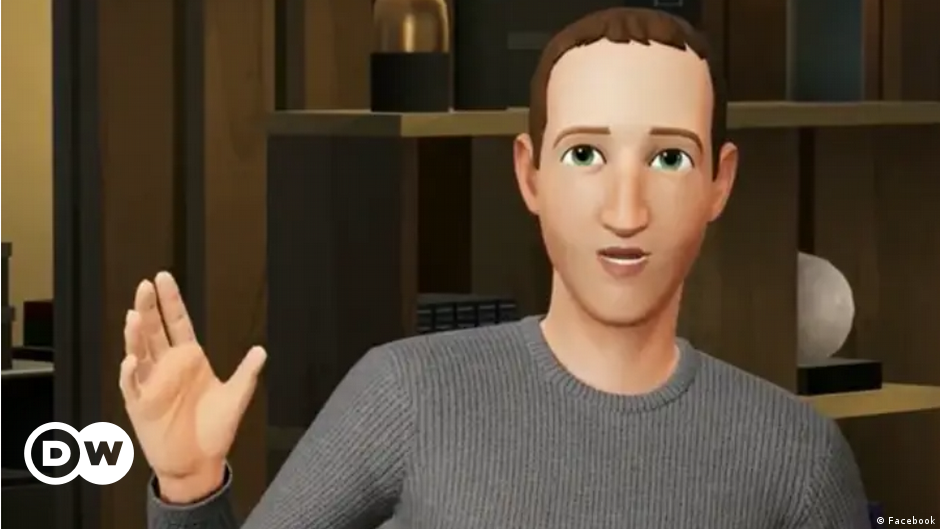 Since Facebook officially became Meta in October 2021, the company has lost more than two-thirds of its stock market value.

Its difficulties can’t all be attributed to the name change, but the “Meta era” has so far brought little but bad news for Mark Zuckerberg and his company’s shareholders.

Just over a month before the rebrand, Meta, which controls the platforms Instagram and WhatsApp, hit an all-time stock market high. Just a few weeks later, the revelations of whistleblower and former Facebook employee Frances Haugen proved hugely damaging.

Haugen leaked thousands of internal company documents to The Wall Street Journal, revealing the extent to which the company had prioritized profit over dealing with hate, violence and misinformation on its platforms.

In the midst of dealing with that, Facebook became Meta with Zuckerberg selling the change as a reflection of the company’s increased focus on the so-called “metaverse,” a hypothetical 3D network based on virtual and augmented reality.

Throughout 2022, the problems kept piling up. The share price has been on a sharp downward spiral for 15 months now. Its revenues and ad sales are falling while regulatory scrutiny is intensifying. Then there’s the massive spending on the metaverse, which investors are increasingly spooked by.

Meta was officially the worst performing company on the S&P 500 index in 2022. Amid a wider sell-off amongst the major tech firms, Meta is the one struggling most of all.

Its most recent quarterly results, posted at the end of October, revealed a 4% fall in revenues. That’s the slowest pace of growth in a decade and can be linked to Meta’s declining importance in the critical area of advertising.

Along with Google’s parent company Alphabet, Meta has dominated the digital advertising market for years. However, its share of overall ad revenues is falling fast amid rising competition from the likes of TikTok, Amazon, Microsoft and Apple.

As well as the competition, Meta has been hit by the fact that companies worldwide have slashed advertising budgets in response to soaring inflation and rising interest rates.

3D or not 3D, that is the question

Despite the poor numbers and difficult economic climate, Meta has continued to ramp up spending on its metaverse projects, worrying its investors in the process.

Meta has pumped tens of billions over the past few years into Reality Labs, its metaverse unit, although the exact number is not known. At the quarterly earnings results in October, Meta revealed that losses from Reality Labs would grow “significantly” in 2023, having already reached close to $10 billion (€9.29 billion) by the end of September 2022.

Zuckerberg told investors in a call at the time that the company would continue to invest heavily in the idea. The Financial Times quoted several investors who said they made their opposition to that course very clear on the call.

Zuckerberg has majority control of the company’s voting shares however, and insists that the company will stick with its metaverse bet.

The spiraling costs and a growing sense of uncertainty around the future viability and use case of the metaverse has added to doubts about Meta’s prospects in 2023 and beyond.

“There’s a lot of potential there, but unfortunately getting it off the ground is astronomically expensive,” Sophie Lund-Yates, an equity analyst with Hargreaves Lansdown, told DW. “What people are seeing is that actually you’re pouring money into an unproven concept and there’s not really any stringent plans around how things are going to work.”

Regulatory scrutiny and a societal backlash

Meta is also under increasing legal pressure. In early January 2023, the Irish Data Protection Commission fined Meta almost €400 million for breaches of the EU’s General Data Protection Regulation in relation to both its Facebook and Instagram services.

The ruling ordered Meta to comply with EU law within three months, the latest example of the company’s uphill battle to maintain the way it uses its users’ data for targeted advertising.

Max Schrems, an Austrian privacy activist who has challenged Meta several times over the way it handles user data, said in response: “This is a huge blow to Meta’s profits in the EU. People now need to be asked if they want their data to be used for ads or not.”

The ruling came just weeks after Meta agreed to pay $725 million to settle a class-action lawsuit in California that argued the company had given third parties access to user data without their consent.

Shoshana Zuboff, the author of “The Age of Surveillance Capitalism,” told DW that companies like Meta are increasingly facing a backlash from society over their use of private data.

“They are destroying our ability to communicate as a coherent people with common aims, common sense and common purpose,” she said. “And our populations are definitely registering their sense of outrage that this must be changed.”

Technically, 2023 will be Facebook’s 20th birthday. It was in 2003 when Zuckerberg built “Facemash” at Harvard University, the platform which eventually was restarted as Facebook in 2004.

It will be a critical year. The company revealed last year that capital spending could be as high as $39 billion in 2023, as it seeks to intensify its investment in Reality Labs and the metaverse. The company’s shares fell by 25% in just one day when that news was revealed in October.

Overall spending is expecting to cross the $100 billion mark, despite the fact that the company is, in its own words, “making significant changes across the board to operate more efficiently.”

Meta already laid off more than 11,000 workers last November while it has reportedly begun to rescind job offers already made as it initiates a hiring freeze.

The next big date for Meta observers is February 1 when the company will reveal its fourth-quarter and full year 2022 financial results.

Zuckerberg has made it clear that such results will not sway him from the path he has chosen for the company, despite growing clamor from the company’s backers to change course.