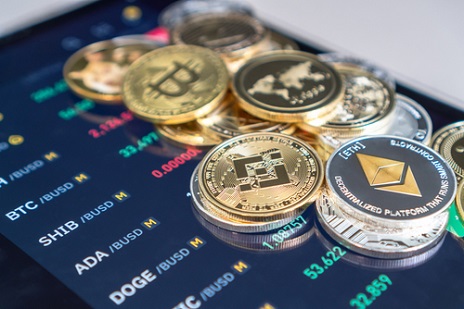 Editor’s Note: With so much market volatility, stay on top of daily news! Get caught up in minutes with our speedy summary of today’s must-read news and expert opinions. Sign up here!

(Kitco News) – Avalanche (AVAX) has become the latest altcoin to undergo a double-digit price breakout after it was revealed that Amazon Web Services (AWS) has partnered with Ava Labs to scale blockchain adoption for enterprises, institutions and governments.

The two companies announced the new partnership via a blog post on Wednesday, saying that the new collaboration “makes it easier for more people to launch and manage nodes on Avalanche, giving the network even more strength and flexibility for developers.”

Avalanche’s infrastructure and decentralized application (dApp) ecosystem are currently supported by AWS. Ava Labs now plans to add Subnet deployment as a managed service to the AWS Marketplace so both individuals and institutions can launch custom Subnets with just a few clicks, the blog said.

Ava Labs is also now a member of the AWS Partner Network (APN), which enables the firm to “help customers deploy custom offerings on AWS that are connected to more than 100,000 partners across more than 150 countries.”

Following the partnership announcement, the price of AVAX spiked 22.1% from a daily low of $12.27 to an intraday high of $15 before profit-taking dropped it to support at $14.58, where it currently trades.

The 24-hour trade volume for AVAX surged 152% following the announcement and currently stands at $548 million.

Solana price trades near support at $16

Following last week’s rally in Solana (SOL) that saw the struggling layer-1 protocol more than double in price after positive remarks from Ethereum co-founder Vitalik Buterin, the price of SOL is now trading in a consolidation pattern near support at $16.

All told, SOL price staged a turnaround of 120% as it rallied from a low of $7.95 on Dec. 29 to hit a weekly high of $17.50 on Monday and now finds itself in a battle between bulls and bears for control of the price action.

Data provided by Token Terminal shows that the Solana network has seen a significant increase in daily active users over the past couple of weeks, largely due to a growing interest in the network’s decentralized finance and non-fungible token communities.

GALA deletes tweet mentioning a partnership with The Rock

And in the latest development for Gala Games (GALA), which recently saw its token price increase 187% in a little over a week, the platform has raised concerns within its community after it deleted a tweet that mentioned ongoing collaborations with actors Dwayne “The Rock” Johnson and Mark Wahlberg.

Many are questioning the move and how valid the original announcement was; it was the now-deleted tweet that really kicked off the price rally for GALA.

GALA price hit a high of $0.051 on Monday as the tweet made the rounds and has since pulled back to $0.037, a decline of 27%. Roughly 12% of that decline came after GALA deleted the tweet in question.

At press time, Gala Games had yet to reply to a request for comment.