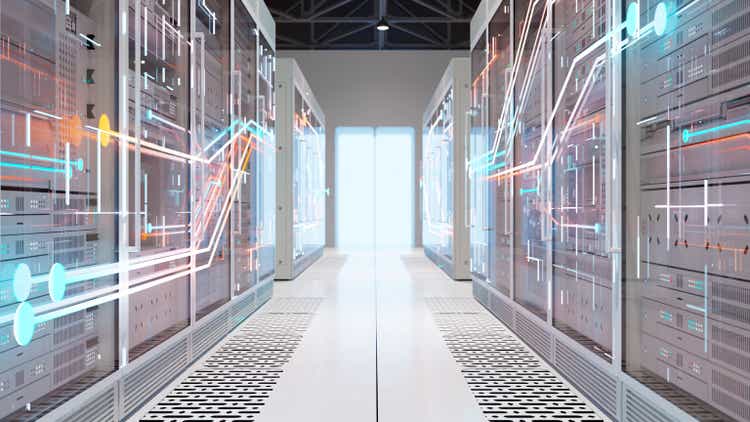 Argo Blockchain: Down But Not Out (Except From My Portfolio) (NASDAQ:ARBK)

U.K.-based crypto miner Argo Blockchain (NASDAQ:ARBK) has seen some strong price action in its shares in recent weeks. However I remain bearish and indeed took advantage of a recent sharp price rise to sell my existing position (at a large loss).

In around a year and a half of covering the name I have moved between positive, neutral and negative positions on the company. (That in itself perhaps ought to have made me think harder about my analytical framework). For now, I remain bearish.

At the end of last year, the company announced some important news. It sold its large mining facility in Texas for $65 million (£54 million), refinanced its asset-backed loans, and entered into a hosting agreement to maintain its mining machines at the Texas facility. Fuller details of the transaction can be found here.

The company described these as “transformational strategic transactions” and I think that is fair. I also see it as good news. I previously had doubts about Argo’s ability to maintain a going concern if it did not improve its finances. In October, it announced a series of “strategic actions to strengthen the company’s balance sheet”, including diluting shareholders and selling thousands of its mining machines (“new in box”). Those transactions were expected to ensure that Argo had sufficient working capital for a year.

This smells like a fire sale to me. I think the latest transaction is good news for Argo because it bolsters liquidity and helps raise the company’s working capital. But I also see it as a bad signal. It is less than a year since the Texas facility opened (or “energised” in the company’s jargon, which itself ought to have been a warning to me). This was the centrepoint of the firm’s strategy, yet it has now been sold, along with thousands of machines the company bought but did not even take out of their boxes. Either the strategy is deeply flawed, management is incompetent or both (which is my take).

Argo has been hit like its peers by falling crypto prices, with Bitcoin (BTC-USD) down around three fifths in the past year. If prices come back, that could help the firm’s profitability.

At the half year level the company reported a £30.5m loss after taxation, compared to a £7.2m post-tax profit at the same stage the prior year. Rising crypto prices could help boost profitability while further falls could hurt it.

The current market cap is around $67m. The most recent transactions “will reduce total indebtedness by $41 million” although it is unclear to me what the company’s current net debt is. But could the shares be a bargain if Argo survives as a going concern (which the latest transactions make more probable, in my view) and benefits from the next upswing in crypto pricing? I definitely think it could.

However, the risks here are way too high for my tolerance. Crypto pricing is central to Argo’s valuation and it has no control over it. I have grave doubts about the company’s management and strategy. Further shareholder dilution to boost liquidity is a clear risk and I also continue to see ultimate bankruptcy as a risk, although for now at least the recent transactions have bolstered the balance sheet.

Given how I now feel about Argo, how did I ever decide to buy it?

My stake was a small one of just a few hundred dollars which I bought partly to have some skin in the game analytically, a motivation I now question.

Normally when investing I look for a company that has already proven it can be consistently profitable, even if at the time I buy it may be lossmaking. Two of my biggest investing mistakes over the past couple of years as judged by percentage loss did not clearly meet this criterion (as well as Argo, the other is kidney diagnostic firm Renalytix (RNLX)). In the case of Argo, though, it came close: it recorded post-tax profits in both 2020 and 2021. While the 2020 profit was fairly small (£1.4m), 2021 came in at £30.8m. I saw that as a sign of fast growth rather than a lack of long-term consistent profitability. In the future I think I would look for more than just a couple of years of profits as proof of consistent profitability.

But I also missed or ignored other red flags. Take this insightful comment from November on an article I wrote in May, by SA user Norman Bates at Disneyland:

In 2021, legal, professional and regulatory fees jumped 1,344% from the year before to £1.5m. Total administrative expenses that year jumped nearly fourfold. Admittedly this was during a period of company expansion but in retrospect that sort of jump now looks like a red flag.

More information on fees in the October and December transactions is lacking, but will hopefully emerge at the full year level. However, Norman Bates at Disneyland’s attention to such metrics seems valuable and I ought to have paid closer attention myself.

I also somewhat deluded myself by believing that one could separate the risks of investing in crypto (which I see as a Ponzi scheme) from investing in a company with a business model heavily linked to crypto pricing, which I did for example by considering other uses to which Argo’s data centres could be put to use.

It has been possible to make big money on Argo in the past several weeks, with the shares doubling in a single day’s trading at one point and other big moves. However, I see that as akin to speculation rather than investment.

The link to crypto pricing remains, the company’s strategy now looks doubtful (and at the tactical level seems to be survival) and I have no confidence in its management. On that basis, while a turnaround in its fortunes could conceivably lead to a big share price jump, I ascribe no value to the shares.

Editor’s Note: This article covers one or more microcap stocks. Please be aware of the risks associated with these stocks.

Play-to-Earn Is a Losing Game With a Focus on Money, Says Critics