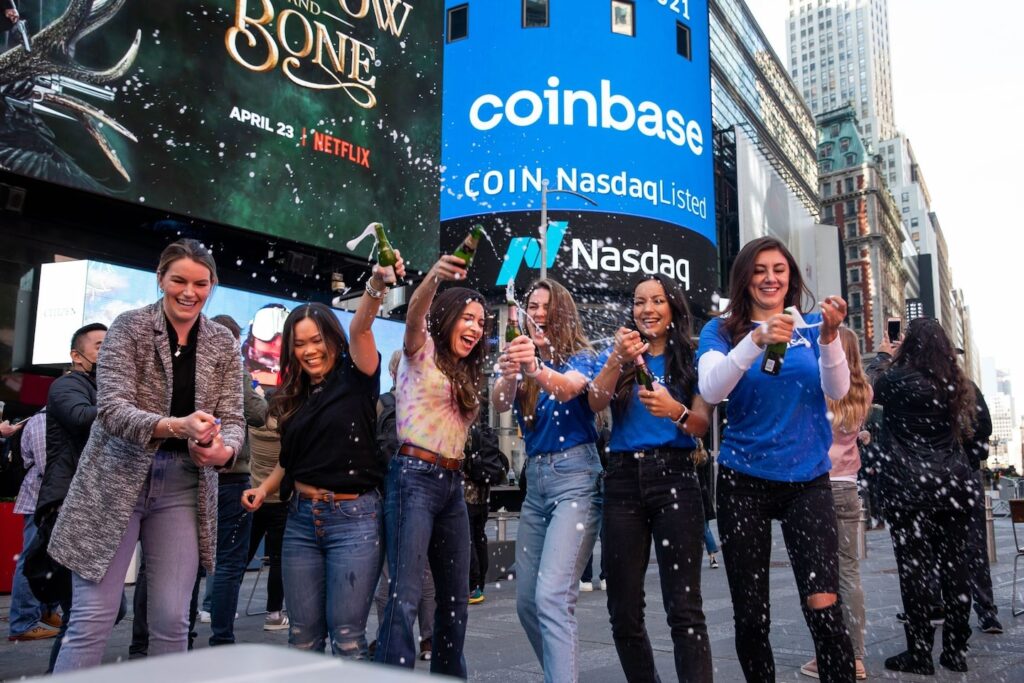 Crypto Brands Decay in a Brutal Echo of the Dotcom Era

The crypto collapse has made Blockchain a dirty word. Bitcoin miner Riot Blockchain Inc., once the poster child for rebranding designed to capture the investment zeitgeist, now wants to be known as Riot Platforms after a near-90% share-price fall in 2022. It’s a symbolic moment that attests to the B-word’s shift to curse from blessing on the stock market, where investors have fallen prey to misguided euphoria and the failure to deliver viable business models. And if there’s one safe bet in 2023, it’s that Riot won’t be the last firm to change tack.

Given the scale of the FTX collapse, it’s easy to overlook just how all-consuming the broader economic sinkhole of cryptocurrency and blockchain investments has been, with new listings and the blockchain-ification of existing companies offering more hype than substance. The prevalence of blockchain-fueled corporate name changes goes beyond Riot —  known as Bioptix Inc. until its pivot to crypto in 2017 — and should ring alarm bells, with nine firms adopting the words “blockchain” or “crypto” or “NFT” last year, including digital-ad firm NFTY SA and battery-tech firm CryptoBlox Technologies Inc. That’s the most since 2018, when 24 firms appropriated crypto handles, according to data compiled by Bloomberg. There’s a broad similarity to the adoption of the word “dotcom” during the 1990s tech boom.

These firms are often penny-stock-sized and volatile. Not all survived 2022. Some even saw the sense in dropping crypto from their appellations before Riot: Data-center firm Applied Blockchain became Applied Digital Corp. in November as it started to chase customers outside the battered crypto space. Crypto stocks, juiced by access to hot capital, tend to mirror the lurches of digital assets; one 2021 research paper analyzing a basket of companies with new crypto or blockchain-y names identified a trend of falling short-term profitability and an increase in volatility.

Beyond the nomenclature associations, there are fundamental business issues that are clear from stocks that have a longer history than a few months of “going crypto.” Many stocks offering investors a ride on the crypto wave as agnostic “picks-and-shovels” plays rather than directly handling tokens have either gone bust or been soundly battered. London-listed developer On-Line Blockchain Plc, which got a 394% stock-price boost when it added the B-word to its name in 2017, is now warning about its ability to continue as a going concern.

Crypto miners such as Riot show that minting virtual currencies is a risky and capital-intensive industry, exposed to volatile assets. Crypto-mining machines that once produced dollars per day are generating cents and being dumped at a loss, with high energy prices adding to a multi-billion dollar debt load. As for digital exchange Coinbase Inc., which went public in 2021, its once-impressive transaction fees now look hopelessly dependent on yesterday’s mix of addictive retail speculation and benign regulation; the exchange’s 2021 revenue of around $8 billion is likely to have been halved in 2022.

Other business models haven’t fared better, regardless of their names. The extreme approach of MicroStrategy Inc. to faithfully “HODL” Bitcoin as a supposed store of value and inflation hedge has been proven wrong as rising rates expose the virtual currency’s lack of intrinsic value.The firm, whose shares are down 90% from their 2021 peak, is only now selling Bitcoin at a loss in the hope of lowering its tax bill. It’s a strategy that’s spawned few imitators; Elon Musk’s Tesla Inc., which briefly flew the flag for the misguided view of Bitcoin as “digital gold,” sold most of its stash in July.

As for corporate visions of a deep-rooted technological improvement in payments or financial-industry plumbing, they’ve also flopped as crypto’s volatility makes it a poor medium of exchange and as distributed ledgers bring their own issues of cost and utility. Intercontinental Exchange Inc.  recently wrote down the value of its stake in crypto payments platform Bakkt Holdings Inc., which has consumer-centric partnerships with Starbucks Corp. and Mastercard Inc., by $1.1 billion. On the infrastructure side, insurance blockchain venture B3i Services AG filed for insolvency last year, while the chair of Australian bourse ASX Ltd.  apologized recently for its own botched and abandoned multimillion dollar blockchain rollout.

Crypto aficionados will hope that this is just another winter in a world known for booms and busts, with spring just around the corner. Even Riot Platforms says it still hopes to become “the world’s leading Bitcoin-driven infrastructure platform.”  Consolidation and restructuring are already taking place, with BlackRock Inc. and Galaxy Digital Holdings Ltd. among those issuing loans to the distressed digital-mining sector. Central banks are meanwhile plotting their own digital currencies, which may one day be the key that unlocks healthier forms of virtual assets.

But the winters are getting longer and the summers shorter. Many crypto companies now have five-year track records of volatile performance and value destruction, sometimes underperforming the underlying digital currencies themselves. Their future in a world of rising rates, where much safer investments will start offering decent returns, doesn’t look any brighter. Given the dubious business case behind some flashy crypto names, regulators and investors will have their guards up. The next trend in blockchain-land is getting rid of the word — Riot’s on to something.

• Beware the Dangers of Too Much Crypto Regulation: Tyler Cowen

• Navigating 2023 With Seven Charts and a Cat: Ashworth & Gilbert

This column does not necessarily reflect the opinion of the editorial board or Bloomberg LP and its owners.

Lionel Laurent is a Bloomberg Opinion columnist covering digital currencies, the European Union and France. Previously, he was a reporter for Reuters and Forbes.

Top 5 Bitcoin documentaries to add to your watchlist By Cointelegraph

How To Invest, Plus How Big Eyes Coin Has Had One Of The Biggest Presales Crypto Has Seen – CryptoMode