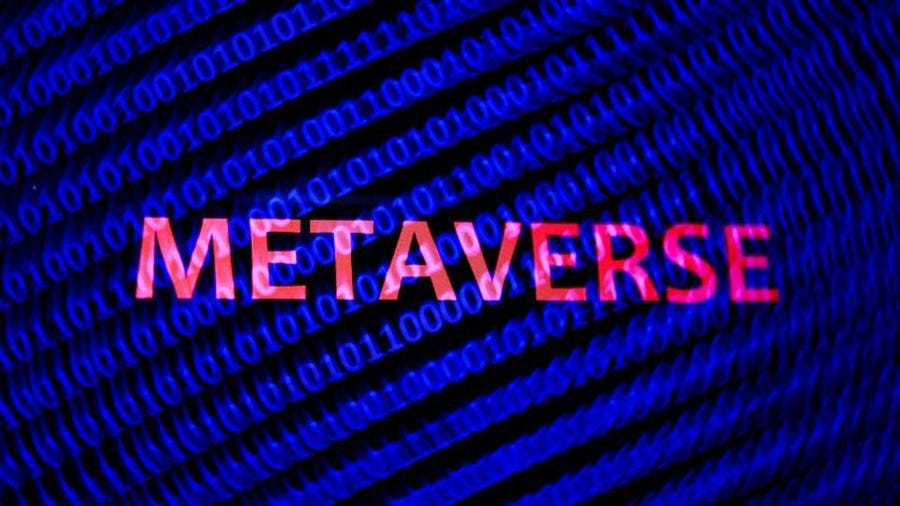 The metaverse is one of the internet’s favorite buzzwords.

If you’re new to the party, the metaverse is the latest iteration of virtual reality, or worlds accessed by people using virtual reality headsets. From shopping and entertainment to learning and gaming, some tech firms see the metaverse as a new frontier that could be as transformative as the world wide web was a generation ago.

Cryptocurrency is beginning to play a key role in certain precincts of this brave new world. However, its role in shaping the metaverse has been complicated by the big declines of the crypto winter throughout 2022.

Here’s a look at the top metaverse coins—cryptocurrencies that play a role in facilitating commerce and exchange within the metaverse—that have market capitalisations greater than £400 million.

ApeCoin is not only one of the biggest metaverse coins on the market but also one of the newest. It was designed to power the growing ecosystem around the popular Bored Ape Yacht Club.

Bored Ape Yacht Club is one of the most successful non-fungible token (NFT) art collections. The lowest price for one of these blockchain art monkeys is estimated to be a whopping £82,000. Its sister NFT collection, Mutant Ape Yacht Club (MAYC), carries an £15,000 price tag as a floor price, CoinGecko’s data shows.

To harness the popularity of these pricey apes, APE was airdropped to every holder of a Bored Ape or Mutant Ape NFT in March 2022. The goal behind APE is for voting and governance issues, and transacting within the “Ape metaverse.”

Internet Computer was developed by the Swiss nonprofit organization Dfinity Foundation. The goal of ICP is ambitious: Replace the centralised internet that we are all familiar with today with a decentralised alternative.

The thinking is that today’s internet is primarily built by centralised companies like Alphabet—which owns the family of Google products—or Amazon.com.

Launched in May 2021, Internet Computer seeks to change that order, striving to give users the ability to move to a more inclusive, open-source internet. It aims to execute this vision with smart contracts, offering enhanced speeds with reduced computational costs.

Backed by big names like venture capitalist (VC) Andreesen Horowitz, its performance has been brief but turbulent. Initially, ICP gathered a towering market cap of more than £37 billion when the token traded for around £579.

While it’s still one of the larger cryptos around, enthusiasm has waned. ICP’s price is significantly down from its initial highs.

Enter Theta, a blockchain that is purpose-built for video streaming. It aims to decentralise video streaming, operating a peer-to-peer video delivery network.

The company’s promises are like many metaverse business plans: reduce costs, transfer power from companies to the masses and eliminate intermediaries. According to Theta, this vision would give a bigger piece of the pie to content creators and make video cheaper for consumers.

The Theta Network is designed so that when users consume video content, part of their computer power and spare bandwidth is leveraged to relay those videos to other users on the network. In return, THETA tokens are earned. The more people on the network, the higher the streaming quality and speed.

Axie Infinity took the crypto world by storm during the Covid-19 pandemic, emerging as the biggest “play-to-earn” game, blazing a trail for the likes of Sandbox and Decentraland.

Axie Infinity is inspired by popular games like Pokémon and Tamagotchi, and in many ways, it’s similar. Players pit cute-looking monsters against each other to win in-game tokens.

Unlike its centralised cousins, Axie Infinity is domiciled on the blockchain, monsters are bought in the form of NFTs and the tokens earned—AXS—is a cryptocurrency trading actively on the market.

AXS was wildly popular during the pandemic as a way for people to earn money while locked up at home. As the play-to-earn model grew, however, criticism was leveled at its hierarchical nature.

Richer investors, known as scholars, could purchase the expensive NFT monsters before leasing them out to players, known as workers, in lower-income countries. Axie Infinity is extremely popular in the Philipines, Venezuela, the U.S., Thailand, and Brazil, in that respective order.

Players receive only a cut of the proceeds earned for playing—lacking the financial means to purchase the NFTs without a go-between.

The Sandbox is a virtual world with native tokens to transact with in-game digital assets. SAND can be earned and spent within the Sandbox, just like MANA in Decentraland, another metaverse coin that appears on this list.

Virtual world tokens highlight what makes investing in the metaverse so challenging. With the metaverse still in a nascent stage, featuring an ever-growing range of platforms and a rapidly changing environment changing daily, it’s very hard to pick a winner.

The price of the SAND token has unsurprisingly struggled thus far this year, as both these variables and the wider market have moved against it.

Whether the metaverse delivers on its goals or not remains a question as to which games, platforms and applications will rise above others. At the moment, SAND is one of the biggest players in this space.

Decentraland operates an entire metaverse of its own. It is a VR platform powered by the Ethereum (ETH) blockchain, with a native token MANA used to transact business within its worlds.

Users can create avatars and navigate this online universe as they wish. They can purchase land, outfits for their avatars, accessories and much more on the Decentraland marketplace. Content and applications within the world can also be monetised.

The hope for this project is that Decentraland becomes a place where more and more users choose to hang out, conduct business and transact daily.

Concern about falling users has some wondering whether the metaverse project will catch on or whether conventional games remain a better alternative.

How can you buy metaverse coins?

Metaverse coins can be traded like any other cryptocurrency. Bigger tokens can be purchased on cryptocurrency exchanges by simply swapping fiat money into the desired token, using the exchange’s liquidity pair.

That said, the more obscure metaverse tokens may not have liquidity for fiat trading pairs. Therefore, traders may be required to first purchase a bigger cryptocurrency, such as Bitcoin (BTC) or Ethereum, before subsequently swapping it into the more niche metaverse token they desire.

As evident from the historical price references in the above article, however, purchasing these coins is an enormous risk—and should be classified as a gamble rather than an investment.

You should be vigilant and do all the required research, while of course ensuring you invest only what you can afford to lose, given the extreme volatility and vulnerability to huge drawdowns these coins possess.

Where can you buy metaverse coins?

Bigger crypto exchanges such as Binance, and KuCoin have trading pairs for the majority of the bigger cryptocurrencies, including the larger metaverse coins—ICP, APE, SAND, THETA, MANA, and AXS.

If you’re going against the conventional route, you can also use a decentralised exchange (DEX) to purchase metaverse coins. This means Know Your Customer (KYC) is not required—rules that help verify users and prevent criminal and money laundering activity. With a DEX, you can access more obscure cryptocurrencies.

But the user experience with DEXs is unintuitive and unique to cryptocurrency. There is also no customer support, or recourse, should a mistake be made and your crypto is sent to the wrong place. Therefore, this route should be avoided unless you’re a highly experienced trader.