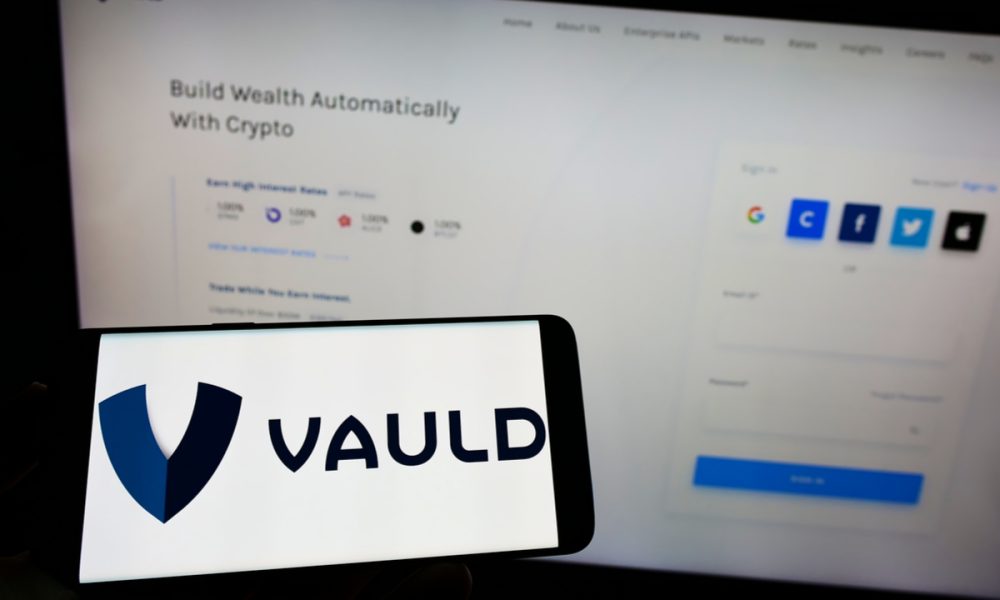 Crypto lender Vauld has reportedly called off an acquisition by rival Nexo.

“We were previously exploring a potential acquisition by Nexo as part of the proposed restructuring plan,” Vauld said in a private message on Twitter, published by Coinbase on Monday (Dec. 26). “To provide a very brief summary, our discussions with Nexo have unfortunately not come to fruition.”

However, a source familiar with the negotiation said talks were still happening, with Nexo still expressing interest in the deal, the news outlet reported.

“Nexo has not given up on its attempt to save Vauld and help its creditors recover the maximum possible platform funds,” Co-Founder and Managing Partner Kalin Metodiev told Coinbase.

The potential collapse of the deal comes less than a month before Vauld is due to submit a restructuring report to its creditors.

The Singapore-based company sought bankruptcy protection in July after suspending withdrawals, part of a string of crypto companies ceasing activity on their platforms due to an unstable digital asset market.

Customers had pulled around $200 million in crypto out of the platform since June. Vauld also laid off around 30% of its workforce, slowed hiring, and halved executive compensation.

Nexo announced plans to buy Vauld in July, saying it would “reorganize its future operations with the aim to accelerate its deeper presence in Asia.”

However, months of talks to make that deal happen have reportedly yielded little results. In an email to creditors, published by Bloomberg News, Nexo said it had seen “challenges” during the months of talks, including “defamation” and “the spread of misinformation on social media.”

Another issue: Nexo’s decision earlier this month to phase out its business in the U.S., saying it had reached a “dead end” in discussions with state and federal regulators.

“It is now unfortunately clear to us that despite rhetoric to the contrary, the U.S. refuses to provide a path forward for enabling blockchain businesses and we cannot give our customers confidence that regulators are focused on their best interests,” Nexo said in a blog post.

That’s bad news for Vauld, the Bloomberg report notes, as 40% of its U.S. customers would not see any benefit to the Nexo acquisition.

Vauld and Nexo’s troubles are happening at the end of a year in which — as PYMNTS wrote last week — the “cryptocurrency industry fully entered the mainstream — and almost drowned.”

The industry, which traces its roots to the 2008 recession, had not been around for anything similar since or endured a broader macro ecosystem destabilized by both interest rates and inflation climbing at historic levels.

Tightening monetary policy and investor pullbacks took the fledgling industry by surprise, shrinking the value of the crypto market by an estimated $1.4 trillion, an almost 50% fall from its 2021 high of $3 trillion.

For all PYMNTS cryptocurrency coverage, subscribe to the daily Crypto Newsletter.

How Consumers Pay Online With Stored Credentials
Convenience drives some consumers to store their payment credentials with merchants, while security concerns give other customers pause. For “How We Pay Digitally: Stored Credentials Edition,” a collaboration with Amazon Web Services, PYMNTS surveyed 2,102 U.S. consumers to analyze consumers’ dilemma and reveal how merchants can win over holdouts.