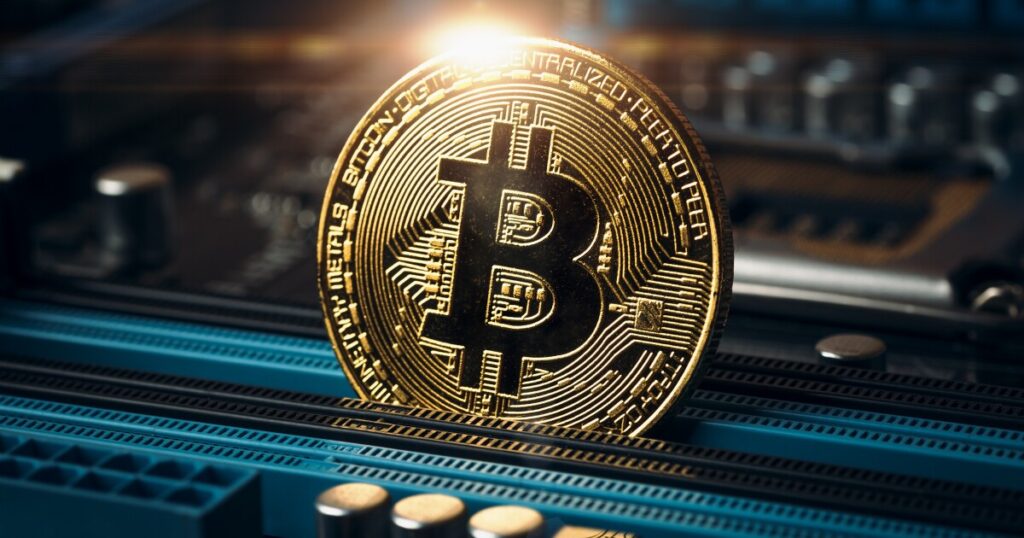 The state’s environmental agency will begin a study on the impacts of a form of cryptocurrency mining that requires large amounts of energy from fossil fuels, now that Gov. Kathy Hochul has signed a bill that also bans the practice in New York for two years.

Just before Thanksgiving, Hochul quietly signed the measure. It imposes a two-year moratorium on new state permits for the crypto mining process known as “proof of work.” The process uses vast amounts of energy from fossil fuel sources to power computers that solve complex equations to “mine” the bitcoins.

Hochul, in her signing statement, said that the measure is “the first of its kind in the county” and a key step toward addressing the global climate crisis.

The governor, speaking with reporters a few days later, said the law is not a ban on the bitcoin industry, but only on the energy-draining processes that rely on fossil fuels.

“This was an action taken to protect our environment from facilities that consume an enormous, enormous amount of energy, with very little gain in terms of jobs or benefits for our local communities,” Hochul said on Nov. 28.

The new law stems from adverse reactions to a crypto mining operation along Seneca Lake, in the heart of the state’s winemaking region. Connecticut-based company Greenidge Generation Holdings converted an old coal-burning plant to natural gas to use for bitcoin mining.

Yvonne Taylor with Seneca Lake Guardian said getting the measure approved was a “herculean effort” by grassroots advocates, businesses and elected officials.

“We are grateful to Governor Hochul who stepped up to protect New Yorkers from the corporate bullies who want to exploit communities like mine in the Finger Lakes,” Taylor said.

The ban, though, is only for new operations and does not apply to the Greenidge plant or to a recently established crypto mining facility at a repurposed coal plant in North Tonawanda.

In June, Greenidge was denied a new air permit by the state, but it continues to operate the Seneca Lake plant while the decision is on appeal.

The state’s Business Council opposes the law, saying they don’t think state government should “categorically limit the growth and expansion of any business or sector in New York.” Council President Heather Briccetti Mulligan said the group hopes to better educate lawmakers on the benefits the bitcoin industry provides to the state’s local and regional economies.

Hochul, speaking in Gloversville in the Mohawk Valley, said she supports the bitcoin industry. And she said state law still allows crypto mining if it uses renewable energy sources, like hydro, wind or solar power.

“That does not mean that they have to be using our limited resources here in upstate to do the mining that supports it,” the governor said.

The state Department of Environmental Conservation, working with the Department of Public Service, which regulates the state’s utilities, is beginning work on a generic environmental impact statement to determine whether proof-of-work crypto mining from fossil fuels is harmful to the climate.

Maureen Wren, a DEC spokeswoman, said “the state will review existing cryptocurrency facilities, the energy consumed and sources used for proof-of-work operations, social and economic costs and benefits, and the potential impacts of future cryptocurrency mining on greenhouse gas emissions and co-pollutants, water and ecosystems, and public health.”

Tense calm for cryptocurrencies; the market awaits Powell and the Fed