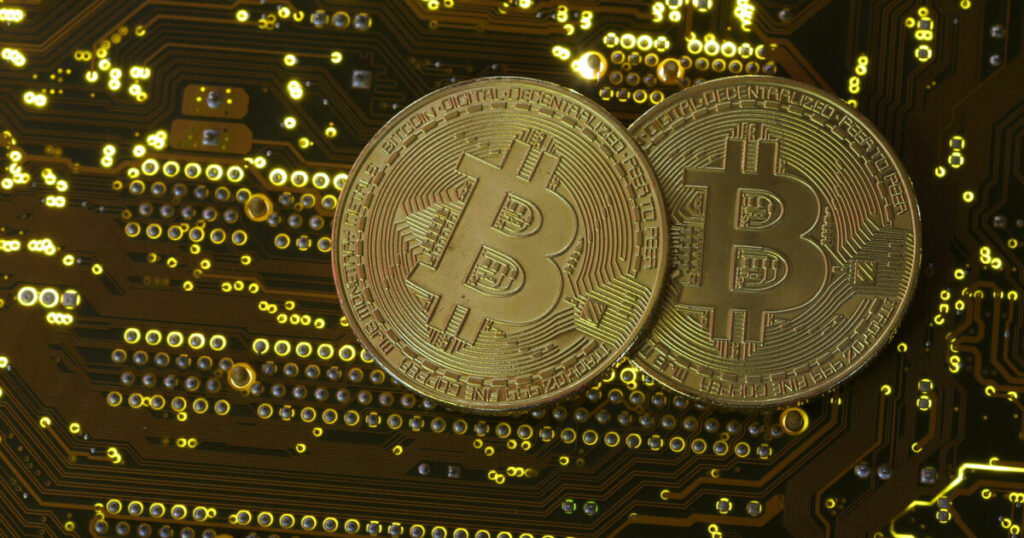 “Cryptocurrency is primarily a private currency, which unlike ordinary fiat money isn’t controlled by the state,” says Svein Ølnes, a senior researcher at Vestlandsforsking, the Western Norway Research Institute.

Fiat money is traditional currency made by privately owned banks, but subject to control by the state. ‘Fiat’ means ‘let it happen’ in Latin.

Ølnes explains that the US dollar had a fixed value in gold until 1971. Because other currencies were linked to the dollar, they were also linked to what is known as the gold standard. Under this system, central banks are obliged to be able to redeem notes in gold and to buy gold against payment in notes.

Wait out the stock market crisis if you can, one professor says

The trust in value

Without such a gold standard, or silver standard, money no longer has any intrinsic value. It’s the trust in the money that determines its value. This is fiat money, and all the world’s money today is fiat money.

“Cryptocurrency is private money too, but it’s produced in a different way and the government doesn’t regulate its quantity and value,” says Ølnes.

He says that bitcoin, the best-known cryptocurrency, has no intrinsic value either. Its value is rooted in trust.

“The trust relies on cryptography working the way it should, that it can’t be manipulated – and that the number of bitcoins never exceeds 21 million,” Ølnes says.

“So far 19.1 million bitcoins have been mined. So most of it is out. But not everything. That’s because the amount to come is halved every four years,” the researcher explains.

Ølnes says that bitcoin started with 50 newly created bitcoins every ten minutes. Every four years the reward amount is halved. Currently the reward is 6.25 newly created bitcoins every ten minutes. In 2024, the number will be 3.125 and continue to be halved in this way until it eventually rounds down to zero in approximately 2140.

“This process almost approaches a gold standard, which is set on the basis that the world has a certain amount of gold. One to two per cent more gold is mined in the world every year, so the amount stays very stable,” says Ølnes.

Having a fixed amount has made investing in bitcoin more interesting than trading with them so far.

“This is due to several factors. Bitcoin is a small currency. It fluctuates a lot in value, so it doesn’t lend itself to being used for the three normal functions as well as money does,” says Ølnes.

These three functions are as a medium of exchange, to store value and as a yardstick for comparing prices of goods and services.

“Bitcoin has worked best for storing value. Although the value has fluctuated, it’s risen sharply since it was introduced. So it’s functioned as an investment vehicle, but it hasn’t worked well to trade with, since its value fluctuates. And you can’t set prices in bitcoin, because it’s not stable – or at least it hasn’t been,” Ølnes says.

He says that the value of bitcoin reacts to all kinds of news. It tends to fall quickly in downturns, but rises again quickly.

“In the last year, the stock market has taken a beating, and cryptocurrency fluctuates accordingly. Cryptocurrency is 100 per cent governed by supply and demand, in contrast to ordinary currency, where states operate purchase schemes to stabilize the currency.”

What exactly are interest rates and where do they come from?

Little faith in other cryptocurrencies

Bitcoin is not the only cryptocurrency. It makes up around 40 per cent of total crypto worth, and so-called altcoins account for the rest.

“I have less faith in altcoins, at least most of them. There are thousands of them. We have no use for most of them, but perhaps a handful have properties that could complement bitcoin,” says Ølnes.

“I really pay attention almost exclusively to bitcoin, which I trust. But when the market falls, Bitcoin’s share increases because it’s more stable than the altcoins. We can see that now, since cryptocurrency has been down for the past year.”

Bitcoin requires electrical power, but Ølnes explains that extraction is not what uses the most energy. The bulk of energy use comes from maintaining the security of the whole system.

Ølnes believes bitcoin will win out in the long term, because it is easier to use than regular money.

Bitcoin already reigns supreme across national borders. It takes less time and is a lot easier. It has no financial intermediaries.

Value lies in the bitcoin itself

Ølnes explains that unlike money, bitcoin is a bearer instrument. The value is in the bitcoin itself, just like physical cash. But bitcoin can be transported digitally, which you cannot do with physical cash. When you send regular digital money from one country to another, it has to go through several countries, and sometimes four to six banks.

“All of these take on some risk and demand a slice of the pie. This isn’t the case with bitcoin. No one risks anything and you make direct transfers without intermediaries.”

To the comment that ordinary currency has worked for hundreds of years, Ølnes says we may think it’s quick to shop with a credit card online, but it isn’t. “The process takes several days, and various entities take their share of what you pay. It’s expensive.”

Some people ask how bitcoin can be trusted with such a limited quantity, when we can just keep printing ordinary money.

Each bitcoin is equal to 100 million satoshis, or sats for short. Enough units exist for everyone in the world if everyone wanted some, according to Ølnes. A US dollar equals about 5000 satoshis and a Norwegian krone is worth around 500 satoshis.

Ølnes explains that bitcoin will experience some inflation because more bitcoins are constantly being made, but that when all 21 million coins have been mined, the opposite will probably happen – and bitcoin will become increasingly valuable.

“In addition, a good deal of bitcoins get lost because the owners lose their keys to them.”

Bitcoin is personally connected to the owner through a private encryption key, similar to the security mechanisms used when you log in to your online bank accounts.

What is a blockchain?

Ølnes has invested in bitcoin himself.

“I make a point of mentioning this so that it isn’t used against me. I can’t say how much I’ve invested.”

“The first commandment is never to disclose the amount to anyone other than the tax authorities. That would be stupid, because then you make yourself a target. You’re responsible for your own security, so there’s a lot to keep track of. Bitcoin doesn’t have any bank hedge fund. If you go out and boast of your investment, you might be visited by people who want you to hand over your keys,” he says.

Inheritance is a challenge.

“Some people take their keys to the grave with them. You need to plan carefully so that your descendants are able to manage your investment,” says Ølnes.

“You have to give them the key while you’re alive, which requires a vote of confidence. You can be defrauded by your children if the trust isn’t there.”

Ølnes says he believes bitcoin could take over a lot of the global money transfer because it is so much simpler than the current system.

“There’s still a lot to be done. We have strong and colossally heavy financial systems. But if people start adopting bitcoin as a transfer system, the ball could quickly start rolling,” he says.

Ølnes says bitcoin is easy to use. All you have to do is register on one of a handful of exchange services that have committed to comply with the rules for anti-money laundering.

The value of bitcoin today amounts to approximately EUR 400 billion calculated in today’s price conversion, or a third of the value of Norway’s Oil Fund. In the big picture that amount is not very much, but Ølnes says cryptocurrency taking over as a global means of payment requires thinking ahead.

“Bitcoin could have various roles as a transfer currency, also called a transfer medium. To increase its use in commerce, more people have to adopt it. But surveys show that 400 000 Norwegians say they own cryptocurrency.”

The system is similar to Islamic hawala that is used to transfer money across borders and is used in large parts of Asia and Africa. Hawala serves as an alternative to the banking system and is based on personal trust and Islamic traditions.

For example, you deliver something to one person in another country with a code word, and the recipient receives a different currency in their country by using the code word.

“Bitcoin is similar to hawala in a lot of ways. It’s based on a chain of trust. While hawala is based on personal trust, bitcoin is watertight,” Ølnes says.

“Bitcoin has worked for almost 14 years without being hacked, although there’ve been plenty of attempts. Strong security and strong decentralisation are the reasons it hasn’t been hacked. Thousands of machines around the world run the system. If a thousand machines break down, the system is still just as reliable. It has hardly experienced any downtime in 14 years.”

Believes upside is greater than downside

El Salvador has lost huge amounts of money by buying a lot of bitcoin when the country made it a fiat currency last year. Some people think it was idiotic, but not Ølnes. Although bitcoin has decreased in value substantially over the past year, El Salvador has not sold their bitcoin and therefore not realized any loss.

“What do they have to lose?” says Ølnes. “I think the upside is greater than the downside. The International Monetary Fund (IMF) is no doubt making fun of El Salvador. The IMF doesn’t like countries using cryptocurrency, because it’s out of their control. This also applies to states, and part of the criticism should also be understood as such. Bitcoin is a threat to those who control today’s monetary systems.

Ølnes notes that even the Norwegian Oil Fund has invested in bitcoin, even if indirectly.

“I have a lot of faith in the upside, and that’s why I’ve invested. Bitcoin is a radical idea, and it’s a solution that could turn out to be as important as the internet,” says Ølnes.

Read the Norwegian version of this article at forskning.no