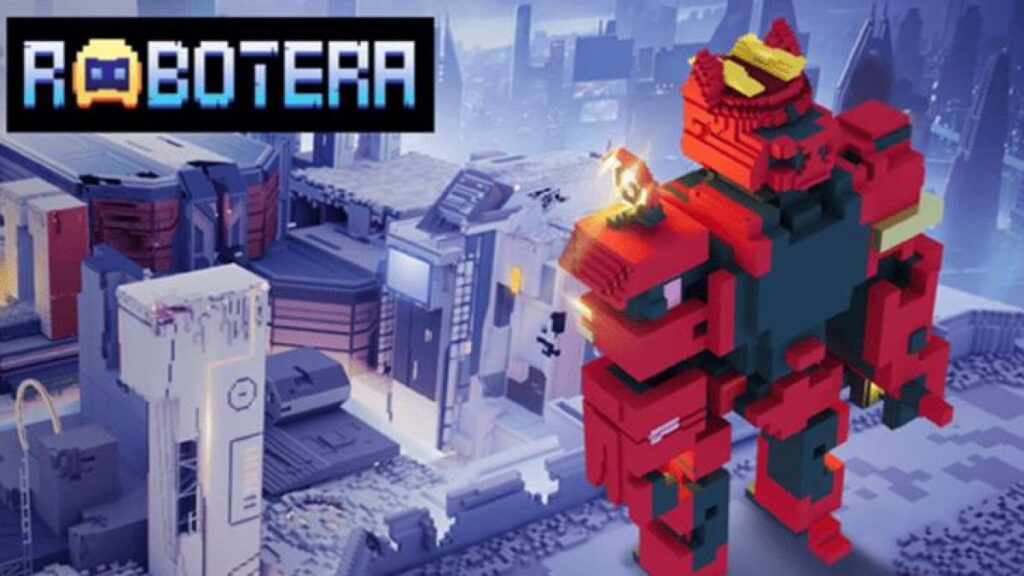 Which Metaverse Crypto Will Explode In 2023?

Of course, the crypto market is awash with several metaverse cryptos that it becomes challenging to figure out the best from the rest. However, this guide provides a clear direction for the best metaverse project in 2022 – RobotEra . Read on to learn more!

Metaverse cryptos are often new, with many coin prices worth a few pennies to less than a dollar per token. As a result, it opens investment opportunities for anyone to earn impressive gains.

While the bear market has undoubtedly weeded out bad and weak crypto projects, metaverse developers build exceptional use cases to ensure they create long-lasting projects. RobotEra is creating an exceptional use case: building a sandbox-like Metaverse. Its metaverse focuses on planet-rebuilding while players earn rewards.

Based on a compelling origin story, RobotEra invites users to take the form of Robot NFTs and participate in creating a new world of Taro. Below are some exciting features that RobotEra aims to offer users and investors.

Players (in robot forms) can freely develop the virtual world by utilizing their imagination. The metaverse platform does not restrict you from making any decision you want to implement in the game. As such, you are fully involved in the game’s mining, construction, and energy collection operations. Users are put into seven (7) factions with different ideologies, which are:

This faction advocate individualism. Thus, they maintain and determine the direction of Taro with their abilities.

This faction pursues fairness and justice on the planet. As such, the belief of right is firmly imposed in Taro by this faction and will not tolerate any deviation from such belief.

This faction promotes the continuous expansion of planet Taro by utilizing the planet’s resources. They have a long-term roadmap that they must see come to fruition.

This faction is obsessed with knowledge and technology. They explore the unknown borders of the planet, and anyone who underestimates them has become their “lab rat” for scientific research.

Lava robots pursue a life geared toward death. They are brave in difficult times and are energetic in accomplishing their goals.

This faction advocates that players abandon past in-game burdens forget the rules, explore deeper, let their hidden desires manifest in this open world, and become powerful. Users are randomized into these factions and enjoy attribute bonuses as they explore the Taro world in their factions.

Earning Opportunities in the Metaverse

RobotEra is providing a frictionless play-to-earn experience in its metaverse. As it has offered users the freedom to enjoy an immersive open-world experience, it also wants them to earn money while playing.  The RobotEra Ecosystem has provided several avenues to making an income while you freely explore and develop the Planet.

Robot companions are excellent helpers of players of all factions. Users can freely create robot companions with different skills and attributes based on the raw materials mined and collected in their respective continents.

These robot companions are unique NFTs users can trade for income as they play the game.

There is a belief across the seven factions that these sacred trees are the miracles left over after the ravaging war on Taro. Users of the same faction can go to these sacred trees and consume rewards to take care of them. If the right conditions are met, all players will earn $TARO tokens.

Another feature to earn income in the RobotEra ecosystem is Central City. Central City is the birthplace of new robots. Also, this is the place where users and visitors converge before they begin their open-world exploration.

Players are not allowed to attack each other in Central city, but they communicate and interact. Also, popular RobotEra users will publicly display their work in Central City. RobotEra provides the latest information regarding Taro and could provide incentives for active users in Central City.

Players have the opportunity to create in-game digital assets on the Taro planet. These digital assets are NFTs in the form of land, robot companions and components, and more. Users can create these assets using the RobotEra editor and trade them on the RobotEra marketplace.

Suppose players have excess crypto tokens; they are welcome to stake in the reconstruction process of the Planet. When they do so, they earn passively in the ecosystem regularly.

Other avenues to earn in RobotEra include mining, land management, market transactions, and engaging in the project’s DAO.

To enjoy these fascinating features provided by RobotEra, users can hold $TARO tokens. The use of these token increase their chances of collecting more resources, creating robot companions faster, and enjoying staking protocols. $TARO tokens have a fixed supply of 1.8 billion tokens , and 270 million tokens are up for grabs in the presale event.

RobotEra aims to revolutionize the gaming world via its frictionless and immersive metaverse game. Interestingly, this game also features a play-to-earn functionality that allows players to get rewards for their active participation.

Finally, RobotEra’s presale is underway, and $TARO tokens are selling pretty fast. Without any doubt, this token will explode in 2023 due to the high-end utilities and use cases inherent in RobotEra’s ecosystem.

As such, it is imperative to hop on RobotEra’s moving train while it’s still early. Take advantage and buy $TARO tokens today!