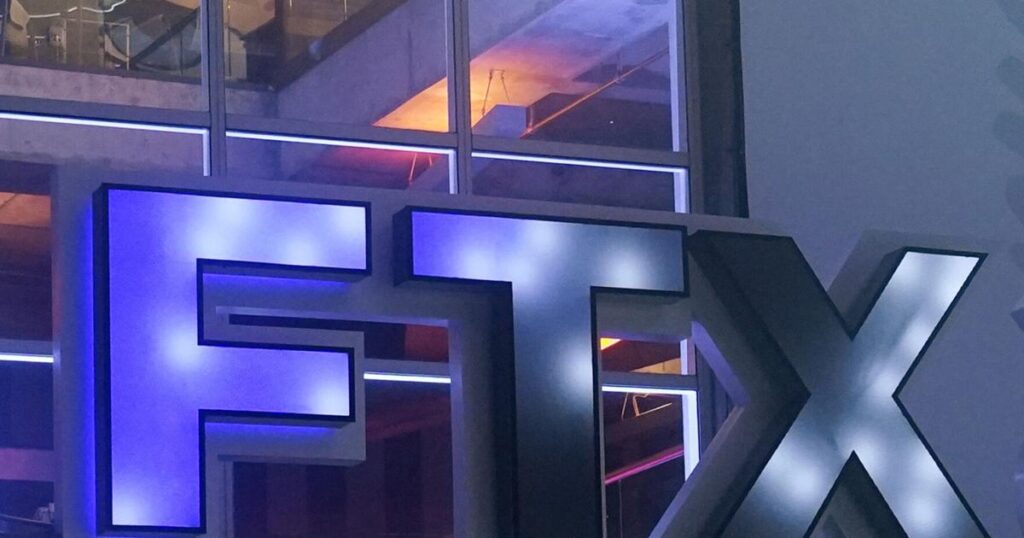 PITTSFIELD — A man who grew up on Benedict Road in Pittsfield, son of a plumber, now leads the bankrupt FTX Trading Ltd., giving Berkshire County a second connection to the largest cryptocurrency collapse in history.

John J. Ray III, a 1976 graduate of the former St. Joseph’s Central High School in Pittsfield, is a lawyer who has long parachuted, with teams of experts, into high-profile corporate disasters, including the failure of Enron and Nortel.

On Nov. 11, the day FTX filed for protection from its creditors and founder Sam Bankman-Fried resigned as CEO, the company named Ray to replace him.

On that same day, a different bankruptcy filing set another FTX entity, FTX Digital Markets, on a path toward liquidation. Its co-CEO was Sandisfield native Ryan Salame, whose ties to FTX, and to his growing stable of Lenox restaurants, have been well-documented. Ray’s link to a Pittsfield boyhood has not been previously reported.

“Mr. Ray is uniquely qualified to be guiding this very complex and developing exercise.”

Ray had been chosen as the new FTX chief executive officer and chief restructuring officer during late-night talks that led, at 4:30 a.m. Nov. 11, to Bankman-Fried’s exit.

Within days, FTX’s market capitalization — its value based on the collective value of its stock market shares — fell from $9.6 billion to $422 million, according to James L. Bromley of Sullivan & Cromwell LLP, one of the law firms representing FTX.

“Mr. Ray is uniquely qualified to be guiding this very complex and developing exercise,” Bromley told the court.

On the day he took the FTX posts, Ray struck a hopeful note, saying in a company statement his team would move “as expeditiously as possible in our efforts to maximize value for all FTX stakeholders. We will continue working to implement necessary controls, and secure and marshal the Company’s assets.”

“As we review the business, we have already begun receiving interest from potential buyers for our assets and we will conduct an orderly process to reorganize or sell FTX assets around the world for the benefit of stakeholders,” Ray said.

Just days later, Ray offered this stark assessment of FTX: “Never in my career have I seen such a complete failure of corporate controls and such a complete absence of trustworthy financial information as occurred here,” Ray said in an affidavit submitted to the U.S. Bankruptcy Court in Delaware. “We are now writing things down.”

Ray had been on the job for less than a week, after being tapped for the turnaround role, according to Bromley. After an around-the-clock quest to diagnose the company’s financial condition, Ray was pulling no punches.

“From compromised systems integrity and faulty regulatory oversight abroad, to the concentration of control in the hands of a very small group of inexperienced, unsophisticated and potentially compromised individuals, this situation is unprecedented,” he said in his affidavit.

Bromley, the FTX attorney, told a bankruptcy court judge that the examination had revealed that in the case of Bankman-Fried, “the emperor had no clothes.”

Ray, who is in his mid-60s, is the son of Florence C. Ray and the late John J. Ray Jr. His father, who died in 2005, was a master plumber and pipefitter who worked at one time for General Electric Co. and served as the plumbing and gas inspector for a decade for the city of Pittsfield, according to his obituary.

Instead, Ray went off to pursue a law degree at Drake University in Des Moines, Iowa. In 1982, he made the dean’s list at Drake, with a class rank of second out of 178 law students.

As a young man, he was an occasional letter-writer to The Eagle on political topics. While still at St. Joe’s, he and a fellow student, Barbara Jean Goodrich, co-wrote a letter alerting readers to National Newspaper Week. Both were enrolled in a journalism class at St. Joe’s.

“With the role of the media as vital as it is, we feel that more people should become appreciative of their nationally circulated, as well as local, newspapers,” he wrote. “We realize how lucky we are to have the freedom to read different opinions and views in order to make our own judgments on various subjects.”

In 1983, while working for an Omaha, Neb., law firm, Ray wrote to disagree with an editorial in The Eagle about insurance. “While group legal insurance may burden the courts, that burden is significantly outweighed by the benefit derived from the opportunity for the poor and middle classes to have access to our courts,” he wrote.

After his early legal career, Ray began to build a name for himself as an able overseer of troubled assets. He was appointed chief administrative officer of Fruit of the Loom at the time of that apparel company’s bankruptcy filing in 1999. The company was bought in 2002 by Warren Buffett’s Berkshire Hathaway Corp.

In the following years, John J. Ray III helped creditors claw money back from Enron, the Texas energy and commodities company once listed by Fortune as “America’s Most Innovative Company” for six years running. Enron was later found to be riddled with fraudulent financial practices.

In the following years, Ray helped creditors claw money back from Enron, the Texas energy and commodities company once listed by Fortune as “America’s Most Innovative Company” for six years running. Enron was later found to be riddled with fraudulent financial practices.

Ray was named Enron’s chairman after the company went into bankruptcy in 2001, serving from 2004 to 2009, according to one biography.

In 2010, Ray went north, becoming principal officer for Nortel, the Canadian telecom firm, after its 2009 bankruptcy filing, when the company was one of the first tech casualties of the Great Recession.

Between then and his new role with FTX, Ray served as an outside board member with GT Advanced Technologies and later oversaw a trust that untangled assets held by a subprime mortgage company, Residential Capital.