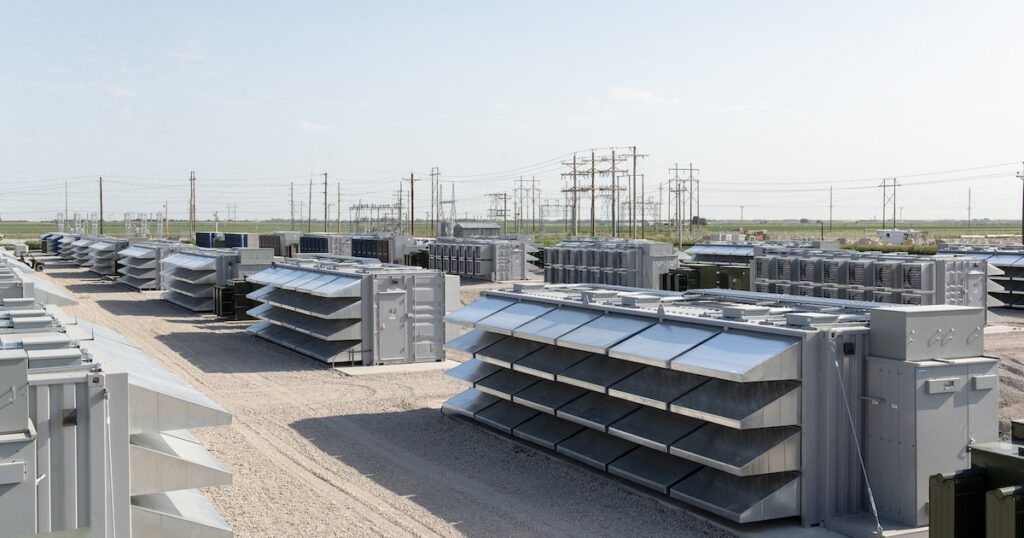 In February, now-bankrupt Compute North looked to be on a fast track to an initial public offering.

The company is now trying to restructure its finances. But that’s a tall order. It has already been stripped of two prized crypto data centers and is selling assets.

In a recent interview, Perrill said he’s not shocked the crypto market has been rocked. “Markets ebb and flow,” he said. But he thought Compute North would be on the buying end of asset fire sales, not the other way around.

“We had built up our company to protect ourselves on the downside. We were always focused on low costs, size and scale and making sure we had a cushion. What pains me is that we are not in a position now to capitalize on the opportunities we thought would eventually come,” he said.

To its proponents, cryptocurrency is the backbone of a decentralized financial system, one free of intervention from central banks and commercial banks. To its detractors, it is a medium for financial speculators and — at worst — internet criminals.

Bitcoin is by far the most popular of thousands of cryptocurrencies, and in November 2021 one bitcoin traded at a peak of $64,000. Last week, one bitcoin was going for around $16,000.

The crash has led to hundreds of billions of dollars in investor losses and has included at least nine bankruptcies, culminating in the stunning crash this month of the FTX cryptocurrency exchange — an industry titan that owes creditors billions of dollars and appears to have been epically mismanaged.

Few segments of the industry have been spared. Crypto exchanges like FTX, traders, lenders and service providers like Compute North have all plunged into insolvency or are teetering on it.

“The bigger question now is, will the [crypto] industry survive?” said Vivian Fang, an accounting professor at the University of Minnesota’s Carlson School of Management. She thinks it will; “crypto winters” have occurred before.

“I’m cautiously optimistic about its future,” Fang said. But for now, there is wreckage strewn across the crypto landscape.

Compute North is one of the largest U.S. operators of data centers that house computers specially designed for crypto mining.

So is Core Scientific, which operates a large North Dakota crypto data center. That company, based in Austin, Texas, warned of a bankruptcy filing last month, saying it would miss key debt payments.

Core Scientific shares are trading around 13 cents, down from $12 in mid-November 2021. That’s the same month when Core Scientific opened a $100 million data center in Grand Forks, aided by a $269,000 loan from the city.

Compute North mostly hosts computers owned by other companies and individuals. The computers run day and night to solve a math problem — with a payoff in cryptocurrency as the reward.

Compute North was founded in 2017 by Perrill and PJ Lee, who respectively own 24 % and 23 % of the company — equity likely to be erased in bankruptcy.

Perrill is the computer guy: He co-founded his first business 30 years ago at age 14, hosting online bulletin boards out of his Waconia home. That company evolved into an internet services provider with 15 employees and about $3 million in revenue by 2006.

Lee is the energy finance guy. His EverStream Energy Capital Management, founded in 2012, focuses on investing in renewable and sustainable energy projects. Before that, Lee was a managing director at Black River Assessment Management, then an arm of Cargill.

Then in February, Compute North struck what seemed like a financing coup. It secured $385 million in debt from San Francisco-based Generate Capital to refinance loans on its Kearney facility and fuel its ambitious expansion plans.

At the top of Compute North’s list: a 300-megawatt project called Wolf Hollow, about 70 miles west of Dallas, Texas. Wolf Hollow was partially switched on earlier this year.

Compute North is also in a joint venture with renewable energy giant NextEra to develop a 280-megawatt crypto center in west Texas. Part of it came online this summer.

“We were just on the cusp of being the biggest company in the world doing this,” Perrill said, referring to the crypto hosting business. Indeed, Compute North earlier this year had expected to join the ranks of publicly traded crypto companies.

The outlook was rosy enough in March for Compute North to pay bonuses of $300,000 to Perrill and $240,300 to Tad Piper, Compute North’s former chief financial officer, who exited in June, bankruptcy documents show.

Perrill, who resigned as CEO two weeks before the bankruptcy filing, was paid nearly $600,000 through September 2022. (Perrill remains on the firm’s board.)

As Compute North was building in 2022, crypto prices crashed and electricity costs — driven by surging natural gas prices — soared. It was a toxic combination: Power is by the far the largest cost of bitcoin mining.

Then came the hammer that drove Compute North into bankruptcy: Generate Capital pulled back.

In the second quarter, Generate — which had already fronted Compute North $101 million of its $385 million commitment — stopped funding new projects other than Kearney and Wolf Hollow, Compute North said in a bankruptcy filing.

In late July, Generate declared Compute North in technical default, meaning that even though the company was making its loan payments, it had violated a loan covenant. The next month, Generate effectively took over the Kearney and Wolf Hollow projects.

Kearney was Compute North’s major source of cash flow. “It was our flagship project,” Perrill said.

In a bankruptcy auction, Generate Capital has since purchased Compute North’s equity in both projects for $5 million. Generate didn’t return calls for comment.

Chapter 11 allows a company to reorganize its finances while protected from creditors, unlike a Chapter 7 bankruptcy liquidation. But Compute North is operating under section 363 of the bankruptcy code – i.e. selling assets to pay creditors.

It’s not clear how much will be left of Compute North to reorganize. The company owed $500 million to its creditors when it filed bankruptcy.

It’s on the hook for a $99.8 million secured loan in connection with its NextEra joint venture. And it owes $21 million to its largest unsecured creditor — and major customer — Marathon Digital Holdings, one of the world’s largest bitcoin miners.

“The goal has always been to come out of [bankruptcy] restructuring as a reorganized company and continue to grow,” Perrill said. But without the Kearney and Wolf Hollow projects, “it will be a challenging path going forward,” he acknowledged.