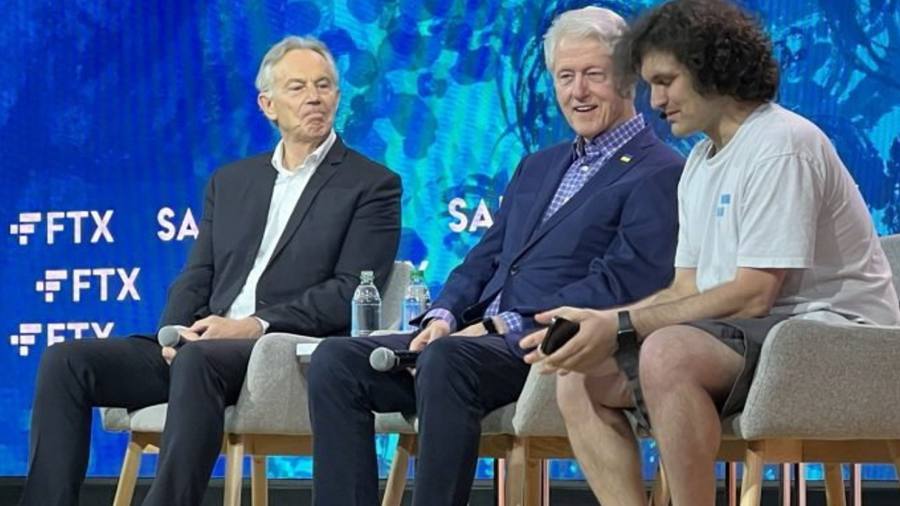 In a now notorious TV advert for trading platform Crypto.com, the Hollywood star Matt Damon intoned the following lines: “History is filled with almost. With those who almost adventured, who almost achieved, but ultimately, for them it proved to be too much. Then, there are others. The ones who embrace the moment, and commit. And in these moments of truth . . . they calm their minds and steel their nerves with four simple words that have been whispered by the intrepid since the time of the Romans. Fortune favours the brave.”

The bombast wasn’t incidental. For true believers, a technology like crypto is never merely a technical fix or a promise to get rich quick. It is something akin to a historic mission. If you buy into the vision, then Joseph Schumpeter’s notion of “creative destruction” is readily to hand, with its confident promise that out of the ruins of the old, something better will arise.

There are circumstances in which this brutal vision of history is apt, but the trillion-dollar question is which historic experiments are worth the cost and which not. Distinguishing between the two requires the ability to discriminate between things that seem bold and sexy and those that actually make sense.

The Roman who is thought to have first uttered the words “fortune favours the brave”, was Pliny the Elder, on witnessing an eruption of Mount Vesuvius in AD79. Rather than doing the obvious thing and running for cover, Pliny commanded his flotilla to head straight toward the inferno in the hope of rescuing survivors. He died amid plumes of toxic volcanic gas.

No such fate will befall Damon, nor Tom Brady and Gisele Bündchen, who endorsed FTX, the stricken cryptocurrency exchange. Nor will true believers in the crypto crowd be deterred by a bankruptcy or two. It is up to the US authorities not only to tidy up the mess left by FTX, but to reach a judgment on crypto’s self-proclaimed historical mission. Doing so is inescapably political.

Stopping any hyped-up technological project promising to disrupt the status quo and deliver a bright new future requires decisiveness, courage and actual authority. And there is no guarantee of success.

In the case of crypto the politics are particularly tricky. The inconvenient truth is that in the recent midterm elections the corporate management of FTX were some of the largest donors to the Democratic party. It is far-fetched to suggest that this materially affected the outcome. But try telling that to Republican firebrand Senator Josh Hawley who seems determined to turn Sam Bankman-Fried’s dealings into a cause célèbre.

Nor did the Democrats simply take money from FTX. A vocal faction in the US Congress was pushing legislation to define a new regulatory regime for crypto. While the banking regulators remained aloof, and the Securities and Exchange Congress looked askance, the Commodity Futures Trading Commission seemed keen to take on the task. It received encouragement from the very top in the form of an executive order by President Joe Biden, which declared digital assets a field in which the US must not fall behind international competitors.

By the summer of this year it seemed that the push to recognise and regulate crypto might acquire the same kind of momentum that led, in the name of modernisation, to the disastrous deregulation of Wall Street in the late 1990s.

The shambles revealed at FTX should stop that bandwagon. The most radical alternative would simply be to let crypto self-combust. Allow the Ponzi schemes to collapse under their own weight. Pursue fraud through the usual prosecutorial channels but offer no regulatory oversight. Make clear to anyone dabbling in crypto that they do so entirely at their own risk.

Given crypto’s insulation from the rest of finance, such malign neglect may not pose serious systemic risks, but the cost to retail investors could be serious and with it the political fallout. Letting crypto burn down may no longer be realistic. If that is the case, the urgent imperative is for the regulators no longer to turn a blind eye, but instead to draw the clearest possible line. They should not simply deny regulatory endorsement, they should bar regulated financial institutions from tangling with crypto altogether. If there is to be regulation it should be under the rubric of gambling, not banking. That will antagonise the crypto lobby, who will charge the regulators with squandering America’s priceless lead in a world-changing technology.

The best response to this rhetoric of historical necessity is to answer it head on. If it is true, as Damon warned, that history is “filled with almost”, this is not simply down to a lack of nerve or good fortune. Most historical ventures, like most businesses, fail because they are ill-conceived or because they run up against too-powerful opposition. Blockchain may have some limited uses. Crypto tokens in their most basic form will never be money. Sensibly downsized, they may serve as a form of online gaming. What they should have no role in, however, is serious finance, let alone complicated and opaque financial engineering. It is time to consign that chimera to history’s dustbin.