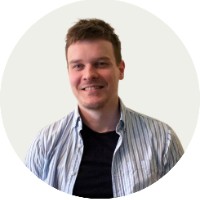 On 11 November 2022, the FTX group of companies, including quantitative trading firm Alameda Research, co-founded in September 2017 by Sam Bankman-Fried, and approximately 130 additional affiliated companies initiated voluntary proceedings under Chapter
11 of the United States Bankruptcy Code in the District of Delaware, United States. The FTX has filed its bankruptcy application to the U.S. court due to the many links of the project to the jurisdiction of the United States.

On the same date, the Bahamas Securities Commission blocked the assets of the local licensed firm of FTX group of companies, FTX Digital Markets, and affiliated legal entities, suspending the company’s license in the country. The decision was followed by
alike measures taken by Japanese and Cyprus regulators concerning local companies of FTX.

Chapter 11 bankruptcy does not cause an applying company to shut down its operation. It allows the firm to stay in business while reorganizing its debts and assets. As of 22 November 2022, it is said that the aggregate liabilities of FTX to its creditors,
which exceeds 1 million, comprises around $9 billion, with $3.1 billion being owed to its top 50 creditors.

The bankruptcy filing had preceded Changpeng Zhao’s, Binance Chief Executive Officer, the announcement of the company’s desire to sell the utility token FTT that is issued by FTX. It is widely thought that this decision was in part provoked by the fact disclosed
in the media article about a week before stating that Alameda’s balance sheet had a substantial balance of FTT, a token that a sister company, FTX, had issued, and which is not an independent asset. The token value held by Binance, together with stablecoin
cryptocurrency BUSD, totaling approximately $2.1 billion, was the result of the company’s withdrawal from the investment in the FTX platform. At the same time, there was a significant outflow of liquidity from FTX.

In light of these distressing crypto industry events, many have blamed regulators for not providing legal framework clarity for crypto business operations, particularly in the United States. Crypto companies do not have bank-like or securities firms-like
regulation, and to date, there is no single oversight governmental body over the industry. The FTX bankruptcy case will highly likely speed up the process of drafting universal cryptocurrency industry regulation in the U.S., just as it may increase the scrutiny
of existing regulatory frameworks around the world.

In particular, more strict rules governing the safeguarding of customer funds, proper accounting practices, the applicability of the reserve capital requirements, and its transparency before the customers may all be included in the agenda of discussion among
both the legislators and regulators of the financial industry.

The availability of not only applicable laws but also the enforcing mechanisms will act as a prudential and effective measure to incentivize cryptocurrency companies to comply with regulations and conduct their business fairly and, to a reasonable extent,
transparently. Mandatory customer funds insurance coverage and capital requirements similar to that of the Basel III accord, including own capital, reserve funds (including some part of retained earnings of the firms), and capital buffers (conservation and
counter-cyclical buffers), may also be considered to be applied toward cryptocurrency companies that maintain balance sheets in value in the equivalent of billions of U.S. dollars.

Moreover, the list of systemically important cryptocurrency market participants (by analogy with G-SIBs (Global Systemically Important Banks) under the Basel III may also be maintained with higher capital requirements imposed on such firms, whose failure
might trigger a crisis in the cryptocurrency industry, which may well become contagious toward the traditional financial system.

Similar body to that of the traditional banking system, the Basel Committee on Banking Supervision (BCBS), which sets international standards for bank capital, stress testing, and liquidity requirements, may be created for the cryptocurrency industry. While
the BCBS comprises 45 members from 28 jurisdictions, consisting of central banks and authorities responsible for banking regulation, the international cryptocurrency industry standard-setting body may include financial regulators from the most prominent and
active jurisdictions hosting crypto firms.

It would also be sound to include in the regulatory framework for crypto companies the accounting standards, under which profit and losses associated with cryptocurrency on a balance sheet are reported at fair value, as suggested by Xuan-Thao Nguyen, the
director of the Asian Law Center at the University of Washington’s law school, according to the Vox report.

The customer funds may also be protected similarly to that of regulated securities firms via the Securities Investor Protection Corporation (SIPC). For instance, analogous to the SIPC, though international, private non-profit, member-funded corporations
may be established for the crypto firms, membership in which would be mandated by the crypto firms’ business licenses. The coverage of insurance granted by that corporation would cover a certain value of customers’ funds held with the crypto firm in case of
the liquidation of a failed business.

The insolvency of FTX from a retrospective view may be a watershed in the digital asset industry, after which the regulations, the legal framework of operation, transparency, and responsibility of crypto firms would improve, benefiting the stakeholders and
the crypto economy as a whole. This situation highlighted flaws and shortcomings of the current lax, in places, gray regulatory environments for crypto companies. In an effort not to lose customers’, investors’ interest, and trust, both crypto firms and regulators
must cooperate to create a more solid, fair, and clear legal framework for digital economy businesses, balancing, as is always the case with financial regulations, the protection of customers, market fairness and financial stability with encouraging innovation
initiatives by creating a favorable environment for its development.