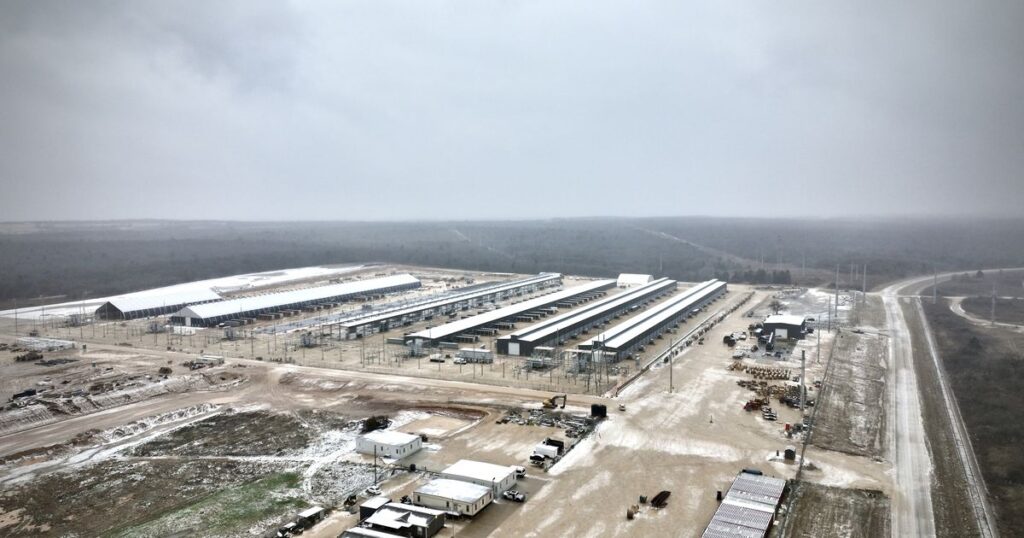 Crypto executives need to grow up or go the way of FTX, Riot Blockchain leader says

The highly publicized collapse of the crypto platform FTX is a wake-up call for crypto executives to act more professionally, one of crypto’s most prominent North Texas leaders says.

“I might hit your emotions when I say this,” he told the crowd. “I can see the future. And some people in this room and across the industry may not be in it.”

His comments come after FTX, once the world’s second-largest crypto exchange, filed for bankruptcy protection earlier this month, leading to further questions about the legitimacy and long-term viability of the crypto industry.

“That bad behavior of mismanagement, poor cash planning, all those things that turn into bankruptcy … every time that happens, it makes it harder for the rest of us,” he said. “And it makes it hard for the public to trust us again.”

Harris mentioned in his speech that there were fewer people in the audience at the summit this year, the first one since the November 2021 crypto crash. The price of Bitcoin has dropped 73% in the last year to $15,786.

“Two years ago, this audience was packed,” he said. “Today, this is an audience full of passionate people who believe that they can actually facilitate what they tell the public. I think it’s important because every single time one of us fails in a disastrous way, it affects every one of us in this room.”

Harris said that bad actors, poor cash management and a difficult business environment will continue to weed out players in the crypto industry like FTX. Harris took another dig at FTX, which owes over $3 billion to its 50 largest creditors, by saying his company was smart enough to not take on debt.

“Some of the things we did that others haven’t is we remained very, very lean along the way,” he said. “We didn’t take on any debt. We didn’t hire contractors. We built a team of passionate people that believed in the core value of our business.”

Harris also said he attributes Riot’s success to hiring more than 500 employees. Sam Bankman-Fried, the founder and chief executive of FTX who resigned on Nov. 11, the same day FTX filed for bankruptcy, resisted hiring more team members and preferred to keep a staff of about 300.

Harris said tax abatements and sales tax credits allowed Riot Blockchain to hire a large team. And Rockdale, the site of its 700-megawatt facility, is collecting more in sales taxes than ever before, he said.

Crypto executives also need to stop overinflating claims about the capacity of their facilities, Harris said. “If we don’t start providing expectations that are actually factual, that we can stand behind and actually deliver, we are going to continue to have elected officials be so concerned,” he said.

Companies need to work to get local communities on board with their projects, including earning the support of at least one local elected official, he said.

Harris admitted that this hasn’t always worked for him, referring to a group in Corsicana that continues to protest the construction of the new facility. The 265-acre site, about an hour south of Dallas, is expected to start operating in July and will have an initial capacity of 400 megawatts. The opposition says the facility is taking resources away from the community of about 5,300.

But, Harris said, as his company continues to make donations to the community and hire local employees, the pressure from the “haters” lessens.

Lastly, Harris told the entrepreneurs to do their homework and take advantage of the worker incentives that Texas provides, such as funds to create training programs.

Execs need to grow up

The outspoken leader said the FTX bankruptcy is a clear sign that the cryptocurrency industry needs to change and to do so rapidly.

“If you look at the industry today, it is unraveling at a record pace that is almost unimaginable,” he said. “Bitcoin was more than $60,000 and everybody was driving Lambos and flying planes and hanging out in yachts. And let me tell you something, it’s a much different world.”

Harris said the industry should be beyond the initial startup stage. Crypto companies pay rent and payroll like all legitimate businesses do and need to act like it, he said.

“Beer caps and T-shirts, those days are gone,” he said. “We should be in slacks and sports coats. We should be in suits. This is a professional business. This is billions of dollars. We’re creating a generational wealth opportunity.”