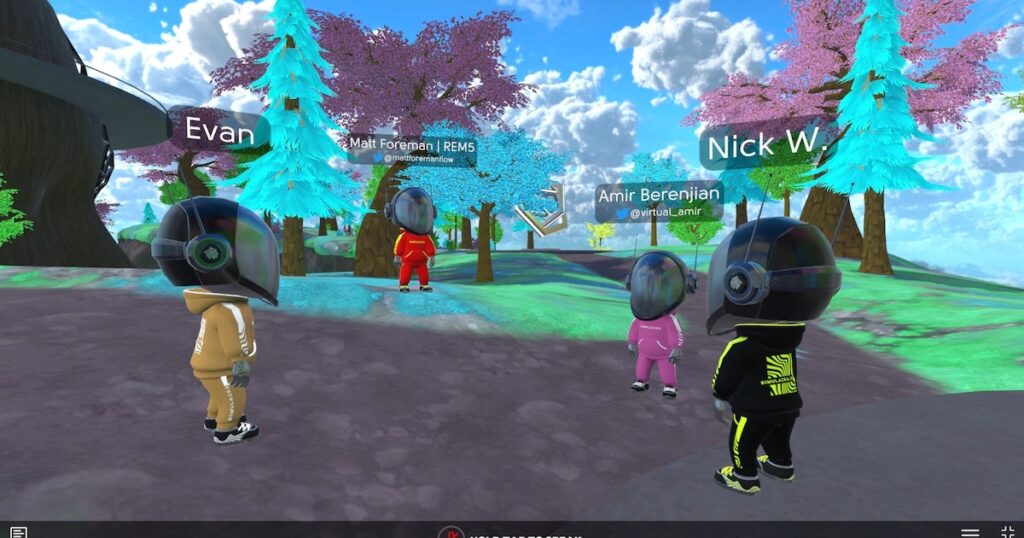 But as the pandemic lengthened, companies realized that they needed to take more than daily planning virtual. Even factories that stayed open had to update training procedures for people who would normally travel to learn about new equipment.

Enter the metaverse. Companies and organizations in Minnesota took immersive technology used in gaming to create new onboarding and training materials with computer-generated environments made to look and sound real while changing the way people communicate.

Now they say the technology is here to stay and are working on even more ways to use it — with both employees and customers.

Experts around the Twin Cities view the metaverse as the next iteration of how human beings leverage and interact with internet-based technology. This follows the introduction of the personal computer, dial-up internet, mobile phones, and browser- and app-based videoconference platforms, said Amir Berenjian, CEO of Rem5, a St. Louis Park-based virtual reality studio and development company.

For Uponor North America in Apple Valley, the U.S. headquarters for the global pipe manufacturer, Rem5 Studios created a virtual reality training system where new employees working remotely and customers outside the region can tour the company’s unique manufacturing process, as well as quality controls and testing.

A few years ago, the company would have flown those workers to the Twin Cities.

“This is more scalable and cost-effective,” Berenjian said.

Companies like Ford partner with VR companies to give their remote designers a place to collaborate in real time.

Rem5, also for Uponor, created an augmented-reality experience that displays 3-D holograms of Uponor products to show how they are individually fitted into one final piece and operate, allowing a person to learn about the product, inspect parts and interact with it without having to transport the physical part itself. Anyone with a mobile device connected to the internet can access the experience from anywhere in the world.

This technology can alter how companies and organizations engage with clients, too. Instead of hauling equipment to trade shows or to another business for demonstrations, VR can be added as a means to illustrate how equipment and machines function in the real world.

Virtual-reality headsets add a deeper component of 3-D communication, as it is a more natural form of engagement, Berenjian said. Body language, walking in various directions while holding a conversation or even turning one’s head to see where a sound is coming from can be achieved in the virtual world.

That doesn’t happen in two-dimensional engagements like Zoom, he said.

“The reason I like to go down that path is to demystify how people think we’re taking a step away from human connection when we introduce virtual technology,” Berenjian said. “We’re actually taking a step back when we do .”

In using a virtual-reality headset, all of one’s visual input becomes controlled by the application. Everything seen is computer-defined, nearly eliminating a person’s ability to multitask like they would on a phone call, or even a videoconference call where a person can cook food or wash dishes while they talk, said Victoria Interrante, a professor at the University of Minnesota’s Department of Computer Science and Engineering

“It evokes a different mode of interpretation and interaction with what you’re doing,” Interrante said.

How commonplace VR headsets are, however, depends. Not only is price a factor, but comfort as well. Some users can experience nausea or dizziness while in a headset for prolonged periods.

“Once the technology gets to the point where it’s as physical comfortable to be in VR as it is to be in the real world, then I think we’ll see more people adopting it,” Interrante said.

A company of avatars

Not every experience in the metaverse requires virtual-reality headsets. Many can be accessed through the internet on a personal computer or mobile device.

While first-person virtual reality allows a user to see a world through their own eyes, third-person VR is a method of puppeteering a digital character that represents them.

Rem5 developed a desktop VR program called 1 City, 2 Realities as a diversity and inclusion training tool for employers. When logged into the online program, people can control their avatars to walk through a virtual gallery of information and images “highlighting systemic racial inequalities in our nation and Minneapolis.”

Rem5 has worked with General Mills and Target to make the virtual experience part of employee training.

The company also created a similar program that focuses on privilege, Berenjian said.

An experiential learning opportunity such as this creates empathy, Berenjian said. The emotional response of watching scenes unfold in VR bridges the gap between watching a recapitulation on those events on news channels and actually being there.

“Your brain is more immersed,” he said.

Meetings in the metaverse take on different levels of engagement in avatar form. A videoconference meeting with dozens of attendees can become convoluted if there are too many faces within tiny squares on a computer screen.

In the metaverse, dozens of people can still gather, but have one-on-one or group conversations in a room if their avatars huddle together, just like in the real world.

“The knee-jerk reaction is to say, ‘I don’t want to replace the real world,'” Berenjian said. “We’re not talking about replacing anything. We’re talking about extending, or enhancing or making it more accessible.”

Because immersive technology can make interactions more personable, it’s becoming more common in therapy sessions and in diversity education. Meeting in the metaverse just for the sake of doing so, however, is not going to increase engagement with that technology, Berenjian said.

“We need compelling reasons to be in these spaces,” he said. “It’s novel and it’s going to wear off.”

Where companies can begin

If companies think a permanent virtual-training option should be available, then they need to think about how much they have to spend. For example, a program that uses VR headsets could be costly, Berenjian said.

But as innovators and advocates of Web 3.0, the next iteration of the internet, push a decentralized, and more democratized, system for emerging technologies, the use of augmented and virtual technology will become less expensive, and possibly free.

In the interim, companies will have to do their due diligence to find potential partners that specialize in immersive technology and negotiate the costs. Companies like Rem5 aren’t in abundance in the Twin Cities, but do exist here, and there are nationwide players.

Eventually, some of those designs will be constructed in the real world for people in need through Red Wing’s partnership with Settled, an organization that houses the homeless with tiny homes. Roblox members are also able to shop for Red Wing merchandise within a virtual store.