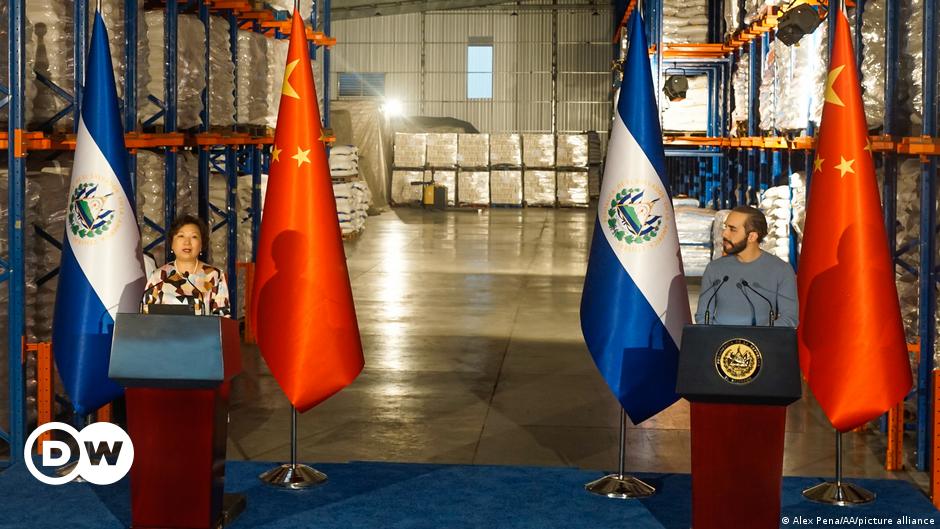 This week, FTX, one of the largest cryptocurrency exchange platforms in the world, announced it had filed for bankruptcy. The news caused a sharp drop in the price of bitcoin over the past days — and caused all eyes to turn to El Salvador. The president of the Central American nation, Nayib Bukele, made bitcoin legal tender in 2021 and also invested a large part of the country’s fiscal reserves in it.

“Unfortunately, if one asks for information about the extent of investments into bitcoin, the answer is either that this information doesn’t exist or it’s confidential,” Ricardo Castaneda, country coordinator for El Salvador at the Central American Institute for Fiscal Studies (ICEFI). Castaneda said it was only possible to calculate El Salvador’s investments into bitcoin by using the president’s tweets. According to what the president has publicized, the investments could total about $120 million (€116 million).

Following the global devaluation of cryptocurrencies and with little trust on the international markets, El Salvador is facing new economic difficulties.

“When the international markets see how high the fiscal deficit is, how spending can’t be paid for and how debt is accumulating, they are going to be more cautious and consider you high risk,” Roberto Rubio Fabian, executive director of the National Foundation for Development and Transparency International’s representative in El Salvador, told DW.

In January, El Salvador will have to pay €667 million ($691 million) in international debt for the amortization of a eurobond. “China offered to buy all our debt, but we need to tread with caution,” Vice President Felix Ulloa said at an event in Madrid.

This was never confirmed by Xi Jinping’s regime in Beijing. However, three days later, the governments’ mutual interest in opening negotiations on a free trade deal was confirmed at an event in San Salvador that brought together Bukele and Chinese Ambassador Ou Jianhong.

Even back in 2018, El Salvador was already showing signs of pursuing closer ties to the world’s second-largest economy after having ended relations with Taiwan. This brought with it some advantages.

“China made three donations to El Salvador: the construction of a sort of beach amusement park, a stadium that has yet to be built and a library. These investments improve China’s image and, obviously, our country’s image, too,” Rubio Fabian explained.

Desiree Reder, a researcher at the Hamburg-based German Institute for Global and Area Studies, added that the current condition of El Salvador’s democracy also prevents it from establishing closer ties with countries that are critical of Bukele’s government, such as the United States. “In this regard, China doesn’t apply sanctions based on human rights, and that makes it a possible solution. The big question is whether the benefits of the relationship are greater than the costs,” she told DW.

Even though an eventual alliance with China could serve as a “lifeline” for the Salvadoran economy, experts agree that such an agreement could also carry multiple risks. “Nothing is free,” Reder said.

“El Salvador could see some benefits to its infrastructure, something we are already observing, but China will want something in return. This could be exclusive rights to commercial profits, or it could demand certain projects in areas that might be protected or that could affect some communities,” she added.

The ICEFI’s Castaneda also doubts whether the idea of a free trade agreement with China is a good deal for El Salvador. On the contrary: He believes the Central American country would incur losses.

Moreover, Castaneda believes it all comes down to politics. “Remember that President Bukele wants to be reelected, and he has practically no allies at the international level, added to the fact that there’s a lot of tension with the US. Bukele is looking for backing for his decisions, and China doesn’t exactly stand out when it comes to defending democracy,” he added.

Experts are also questioning how much real interest there is in El Salvador, particularly since its strategic standing can’t compare to countries like Brazil or Panama. Still, they also point out that China has gradually strengthened its relations with Latin America, breaking the region’s decades-long dependency on the US. This could in fact be one of the principal motivations of Xi Jinping’s regime.

This article was originally written in Spanish.