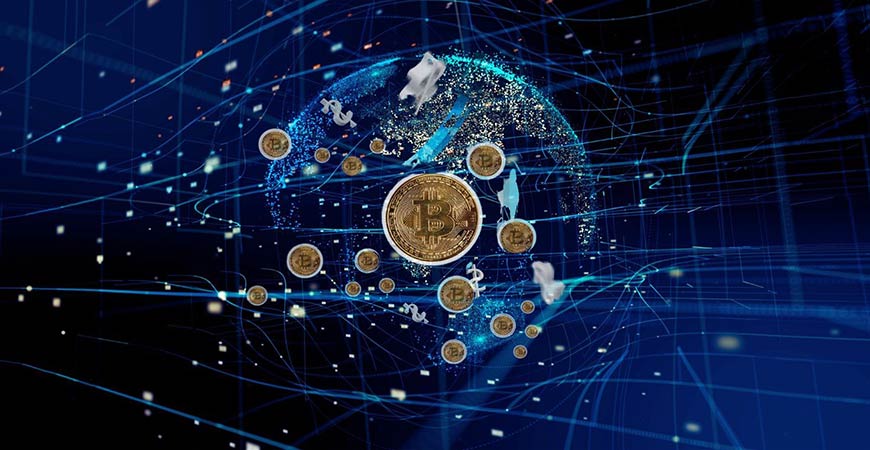 What Happened To Countries That Made Their Own Digital Currencies?

Over the past couple of years, cryptocurrencies have become a mainstay in financial discussions. As of this year, there are 15,174 businesses worldwide that accept Bitcoin as a means of payment. This rise in the popularity of crypto has encouraged governments to open up to crypto, with El Salvador declaring Bitcoin as a legal tender and Ukraine legalizing cryptocurrency in 2021. In the meantime, the world now witnesses institutional adoption of crypto, with ten countries rolling out their own digital currencies, according to the American Think Tank, Atlantic Council’s central bank digital currency (CBDC) tracker.

Here is a look at some of these countries that tried their hand at creating their own digital tokens and what they have achieved in their experiments with crypto and blockchain technology.

Declaring plans to issue an initial coin offering (ICO) for its cryptocurrency in 2017, Estonia was once considered a pioneer in the crypto space. The proposal for its digital currency, “Estcoin”, was an extension of the e-residency project, which allowed foreigners to become virtual residents of the country and set up bank accounts and businesses in Estonia.

The idea behind Estcoin was to raise funds for the e-residency program and create a sense of community among e-residents by earning Estcoins for recruiting new residents. Estcoin could also potentially be traded in exchange for services and be pegged against the Euro to facilitate funds transfer.

However, before this plan could go any further, the country received harsh criticism from Mario Draghi, the former Prime Mister of Italy and former Europe’s Central Bank Chief. He stated that no member of the Eurozone could use any currency besides the Euro. Thus, the country dropped plans to hand out this currency to anyone except those in the e-residency program.

As of 2021, there have yet to be any updates on the Estcoin, and Estonia has enforced strict regulations on crypto businesses in the country. They must have a capital holding of at least EUR250,000 (US$248,034) and are no longer allowed to have anonymous accounts.

Another one of the front-runners in crypto adoption was Venezuela, which created its own cryptocurrency, “Petro” (PTR), back in 2018. This cryptocurrency was supposed to be backed by the country’s massive reserves of natural resources and was intended to be bought by international investors. However, the reality of Petro turned out to be very different.

Soon after its launch, its purchase was banned by the then U.S. President Donald Trump. The situation grew even more problematic when a Reuters report found that people were not using the cryptocurrency. They also visited Atapirire, the region which held the natural resources that were supposed to back Petro, only to find that it had very little oil infrastructure. Today, it is very difficult to find the current value of the Petro. It isn’t being traded on any international crypto exchange, and only seven local Venezuelan exchanges offer Petro as of 2020.

The Bahamas was the first country to ever launch its own central bank digital currency (CBDC, a virtual version of a fiat currency issued by central banks) in 2020. Called the “Sand Dollar”, Bahamas’ CBDC is the digital equivalent of the Bahamian Dollar. The idea for this currency came about due to hurricane Dorian in 2019, which adversely affected people’s access to cash and physical or electronic banking infrastructure.

Unlike the Venezuelan Petro, the Sand Dollar has turned out to be successful. The Sand Dollar is meant to help reduce money laundering and financial fraud as well as increase access to financial services. Besides, it also helps create a clear record of financial transactions, making it easier to access the data necessary for microloan applications. According to the PWC Global CBDC Index 2021, the Bahamas topped the list of retail CBDC projects from emerging economies that aim to facilitate financial inclusion.

Much like the Bahamas, Cambodia also has one of the top retail CBDC projects in the world. The Cambodian CBDC project, Bakong, was launched in October 2020 to facilitate basic financial transactions on smartphones. While you might wonder how this is any different from any e-payment wallet, people don’t need a bank account to be able to use Project Bakong’s app. Simply having a Cambodian mobile phone number is enough to use the service. Cambodia’s central bank, the National Bank of Cambodia (NBC), has partnered with local banks to ensure the adoption of Bakong and interoperability between banks and other financial institutions.

Project Bakong has successfully provided financial services to more than 200,000 previously unbanked Cambodians. It has also helped over one million overseas Cambodians send remittances back home to their unbanked families. The main difference between Cambodia’s and the Bahamas’ CBDCs is that Project Bakong is a hybrid CBDC. While it does use a distributed ledger maintained by NBC, instead of being a currency, it is currently being used as a payment platform. NBC says it can be configured to become a full-fledged CBDC, but Cambodia has no plans to do so at the moment.

While the Bahamas and Cambodia have emerged triumphant in their crypto experiments, Estonia and Venezuela haven’t seen similar results. The Bahamas and Cambodia have a clear idea of what they wanted their projects to accomplish—financial inclusion—and thus created the tools to achieve that. Compared to this, Venezuela failed to optimize the resources meant to back its cryptocurrency, and Estonia buckled under criticism and didn’t ever go ahead with its plans.

According to Atlantic Council, around 105 countries are exploring their own CBDC as of 2022.

Despite the differences in how they turned out, these projects all serve as helpful case studies for countries hoping to launch their own cryptocurrencies in the future.