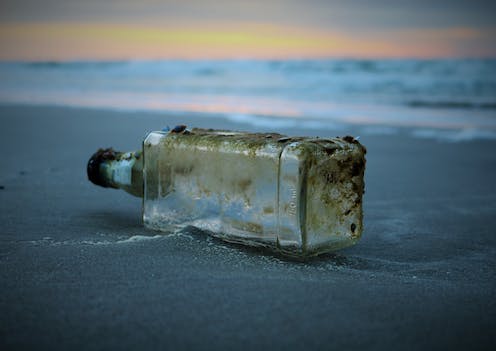 An entire Pacific country will upload itself to metaverse

The Pacific nation of Tuvalu is planning to create a version of itself in the metaverse, as a response to the existential threat of rising sea levels. Tuvalu’s minister for justice, communication and foreign affairs, Simon Kofe, made the announcement via a chilling digital address to leaders at COP27.

He said the plan, which accounts for the “worst case scenario”, involves creating a digital twin of Tuvalu in the metaverse in order to replicate its beautiful islands and preserve its rich culture:

The tragedy of this outcome cannot be overstated […] Tuvalu could be the first country in the world to exist solely in cyberspace – but if global warming continues unchecked, it won’t be the last.

The idea is that the metaverse might allow Tuvalu to “fully function as a sovereign state” as its people are forced to live somewhere else.

There are two stories here. One is of a small island nation in the Pacific facing an existential threat and looking to preserve its nationhood through technology.

The other is that by far the preferred future for Tuvalu would be to avoid the worst effects of climate change and preserve itself as a terrestrial nation. In which case, this may be its way of getting the world’s attention.

What is a metaverse nation?

The metaverse represents a burgeoning future in which augmented and virtual reality become part of everyday living. There are many visions of what the metaverse might look like, with the most well-known coming from Meta (previously Facebook) CEO Mark Zuckerberg.

What most of these visions have in common is the idea that the metaverse is about interoperable and immersive 3D worlds. A persistent avatar moves from one virtual world to another, as easily as moving from one room to another in the physical world.

The aim is to obscure the human ability to distinguish between the real and the virtual, for better or for worse.

Kofe implies three aspects of Tuvalu’s nationhood could be recreated in the metaverse:

Could it be done?

In the case that Tuvalu’s proposal is, in fact, a literal one and not just symbolic of the dangers of climate change, what might it look like?

The idea of combining these technological capabilities with features of governance for a “digital twin” of Tuvalu is feasible.

There have been prior experiments of governments taking location-based functions and creating virtual analogues of them. For example, Estonia’s e-residency is an online-only form of residency non-Estonians can obtain to access services such as company registration. Another example is countries setting up virtual embassies on the online platform Second Life.

Yet there are significant technological and social challenges in bringing together and digitising the elements that define an entire nation.

Tuvalu has only about 12,000 citizens, but having even this many people interact in real time in an immersive virtual world is a technical challenge. There are issues of bandwidth, computing power, and the fact that many users have an aversion to headsets or suffer nausea.

Nobody has yet demonstrated that nation-states can be successfully translated to the virtual world. Even if they could be, others argue the digital world makes nation-states redundant.

Tuvalu’s proposal to create its digital twin in the metaverse is a message in a bottle – a desperate response to a tragic situation. Yet there is a coded message here too, for others who might consider retreat to the virtual as a response to loss from climate change.

The metaverse is no refuge

The metaverse is built on the physical infrastructure of servers, data centres, network routers, devices and head-mounted displays. All of this tech has a hidden carbon footprint and requires physical maintenance and energy. Research published in Nature predicts the internet will consume about 20% of the world’s electricity by 2025.

The idea of the metaverse nation as a response to climate change is exactly the kind of thinking that got us here. The language that gets adopted around new technologies – such as “cloud computing”, “virtual reality” and “metaverse” – comes across as both clean and green.

Such terms are laden with “technological solutionism” and “greenwashing“. They hide the fact that technological responses to climate change often exacerbate the problem due to how energy and resource intensive they are.

So where does that leave Tuvalu?

Kofe is well aware the metaverse is not an answer to Tuvalu’s problems. He explicitly states we need to focus on reducing the impacts of climate change through initiatives such as a fossil-fuel non-proliferation treaty.

His video about Tuvalu moving to the metaverse is hugely successful as a provocation. It got worldwide press – just like his moving plea during COP26 while standing knee-deep in rising water.

Without a global conscience and a global commitment to our shared wellbeing we may find the rest of the world joining us online as their lands disappear.

It is dangerous to believe, even implicitly, that moving to the metaverse is a viable response to climate change. The metaverse can certainly assist in keeping heritage and culture alive as a virtual museum and digital community. But it seems unlikely to work as an ersatz nation-state.

And, either way, it certainly won’t work without all of the land, infrastructure and energy that keeps the internet functioning.

It would be far better for us to direct international attention towards Tuvalu’s other initiatives described in the same report:

The project’s first initiative promotes diplomacy based on Tuvaluan values of olaga fakafenua (communal living systems), kaitasi (shared responsibility) and fale-pili (being a good neighbour), in the hope that these values will motivate other nations to understand their shared responsibility to address climate change and sea level rise to achieve global wellbeing.

The message in a bottle being sent out by Tuvalu is not really about the possibilities of metaverse nations at all. The message is clear: to support communal living systems, to take shared responsibility and to be a good neighbour.

Marcus Foth receives research funding from the Australian Research Council and the Future Food CRC. He is a member of the Queensland Greens.

/Courtesy of The Conversation. This material from the originating organization/author(s) may be of a point-in-time nature, edited for clarity, style and length. The views and opinions expressed are those of the author(s).

What Is Dubai’s Metaverse Strategy And How Will It Boost Its Digital Economy?