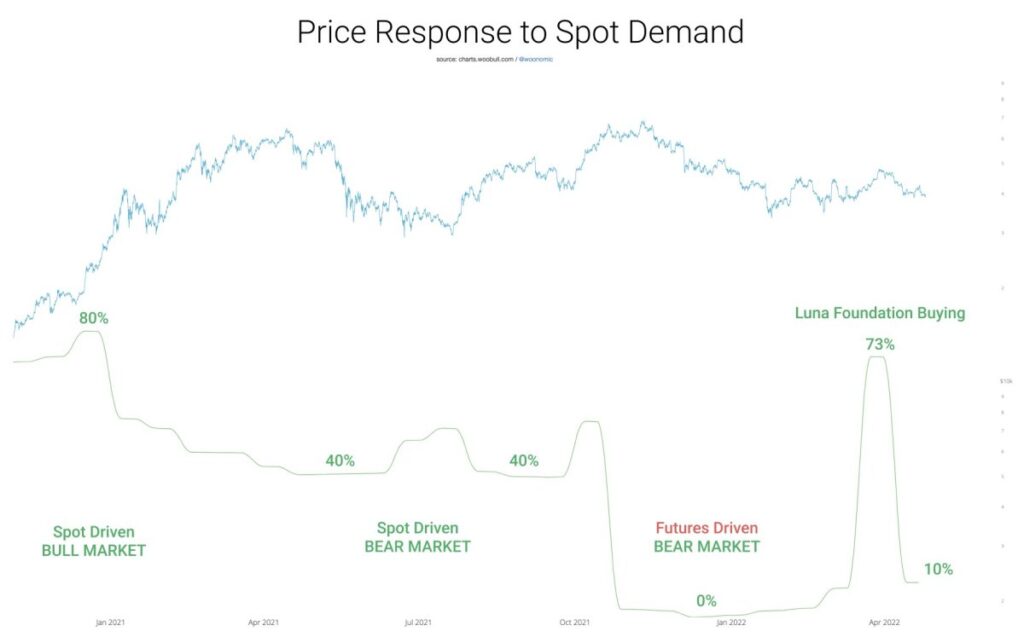 This is an opinion editorial by Seb Bunney, co-founder of Looking Glass Education and author of the Qi of Self-Sovereignty newsletter.

“History never repeats itself, but it does often rhyme.” — A quote commonly misattributed to Mark Twain.

Lately, I’ve been pondering whether we are witnessing a rhyming of history.

For those who have had the chance to dig into our monetary history, you may have encountered a little-known policy called Executive Order 6102. It was a momentous attack on the sovereign individual and the free market. An event that corralled U.S. citizens away from gold, into the U.S. dollar and assets from which the U.S. government benefits.

What Was Executive Order 6102?

At that time, the Federal Reserve Act of 1913 required any newly issued dollar bills to be 40% backed by gold. Executive Order 6102 freed the Fed from this restriction as it could coercively obtain more gold than it otherwise would have been able to by restricting the usage of gold and purchasing it back at an exchange rate defined by the government.

Moreover, pushing people out of gold and into U.S. dollars helped strengthen the dollar during a period of monetary expansion and central bank intervention.

This Executive Order was in effect until December 31, 1974, when congress once again legalized private ownership of gold coins, bars and certificates.

With an understanding of Executive Order 6102, I wanted to shed some light on modern government thinking.

In the eye-opening book, “The Mr. X Interviews: Volume 1,” Luke Gromen takes the reader on a journey through the past, present and future macroeconomic environment. Although the book details many captivating events, one event in particular stood out to me. Groman cites a leaked document from the U.S. State Department dated December 10, 1974. Here is an excerpt from that document:

“The major impact of private U.S. ownership, according to the dealers’ expectations, will be the formation of a sizable gold futures market. Each of the dealers expressed the belief that the futures market would be of significant proportion and physical trading would be minuscule by comparison. Also expressed was the expectation that large-volume futures dealing would create a highly volatile market. In turn, the volatile price movements would diminish the initial demand for physical holding and most likely negate long-term hoarding by U.S. citizens.”

Essentially, the government knew that by promoting the gold futures market, gold would experience a significant increase in price volatility, diminishing its desirability and reducing long-term hoarding. More importantly, this document was dated 21 days before they reinstated the ability for individuals to own gold again.

What Does This Mean?

If people are disincentivized to store their hard-earned savings in a stable vehicle such as gold, they must look elsewhere. With equities and corporate bonds exposing the investor to greater risk and volatility, people have two options: government bonds or U.S. dollars, both benefiting the government.

The government has shown that it no longer needs to overtly issue an order such as 6102 to ban the holding of gold. It just needs to reduce gold’s desirability to achieve the same effect.

What Does This Have To Do With The Aforementioned Quote?

In October 2021, the Securities and Exchange Commission (SEC) approved the first Bitcoin futures Exchange Traded Fund (ETF). For the less financially inclined, an ETF is a regulated investment vehicle that simplifies the purchasing of its underlying assets. For instance, if you purchase the SPY ETF, you can own exposure to the hugely popular S&P 500, without purchasing 500 individual stocks.

On its own, the futures market is no cause for alarm, but when the SEC prevents corporations and individuals from purchasing BTC through regulated means, only allowing futures ETFs, we have an issue.

Companies in the Bitcoin industry have been applying for a “spot Bitcoin ETF” for many years, but to no avail. If this spot ETF were to get accepted, you could invest $100 into the ETF, which would then purchase $100 of bitcoin held by the fund, giving you direct exposure to bitcoin. This would provide pension funds, corporations, asset managers, etc., easier access to bitcoin. But this is not yet available in the U.S.; only a futures ETF is.

If not already evident from the gold futures explanation above, this may pose a threat to bitcoin.

Don’t worry if you don’t quite understand how these ETFs work. The point here is not to understand the functionality but rather the drawbacks.

It is essential to understand two characteristics of futures ETFs over spot ETFs. In regular, functioning markets, if you want the right to buy something at a specified price in the future, you pay a premium over today’s price, and the further out in time you wish to lock in a price, the more premium you pay. Each time the contract is rolled, more premium is paid. This is called roll yield.

Even if bitcoin’s price stays the same throughout the life of the futures contract, the ETF will still decline in value because the ETF is paying a premium to purchase the right to buy bitcoin in the future. As that date nears, it’s selling the contract and purchasing a new one further out in time. This is known as rolling.

A byproduct of this rolling is that any paid premium diminishes as contract expiration approaches (roll yield). This creates a decay in the value of the ETF and is incredibly unfavorable for long-term holders.

As a result, this decay incentivizes short-term trading, increased volatility and short selling of the ETF as a portfolio hedge, suppressing the price.

Is it possible to see the effects of these futures ETFs in action? Below is a chart from Willy Woo. The date of the approval for the first futures ETF was in October 2021.

Immediately preceding the inception of the first regulated futures ETF, we saw a considerable increase in futures dominance. The futures market currently dictates 90% of bitcoin’s price (green line in the chart above).

In summary, just like gold from the 1930s to the 1970s, individuals and corporations alike have no regulated way to purchase bitcoin efficiently for long-term storage. The only difference being in the age of censorship, rather than overtly suppressing what the government deems as unfavorable or infringing on certain aspects of the economy, it can covertly suppress them. However, not all hope should be lost.

Many people and corporations are tirelessly petitioning for the approval of a spot ETF, a way to gain direct exposure to bitcoin. But this begs the question: Is bitcoin one of the last remaining bastions for the free market and self-sovereign individuals, or is it already under the thumb of the central planners?

This is a guest post by Seb Bunney. Opinions expressed are entirely their own and do not necessarily reflect those of BTC Inc or Bitcoin Magazine.