‘Metaverse’ could be word of the year, Johnnie Walker launches an NFT, and Mattel creates an NFT marketplace 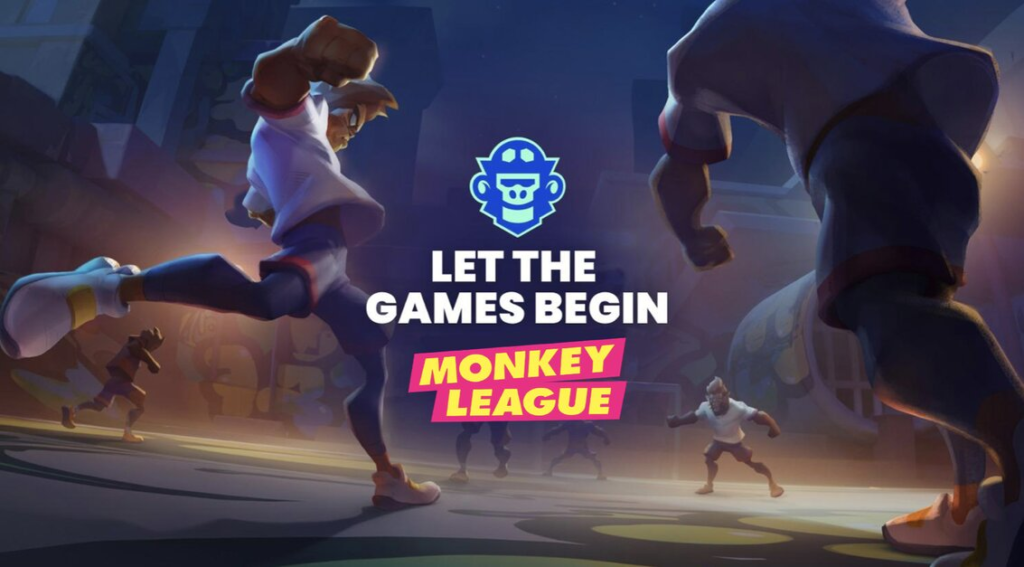 It is the native token of one of many play-to-earn games out there, but what is monkeyleague (MBS)? Let’s see what we can learn about this crypto – which is based on the Solana (SOL) blockchain – and take a look at some of the monkeyleague price predictions that were out there as of 3 November 2022.

In the world of online computing, one of the biggest segments is that of gaming. While computer and video games have been going since the 1970s in one form or another, and the video games industry has been massive since at least the 1980s, it has taken the internet’s growth and the rise of broadband in people’s homes for the idea of being able to play a video game with anyone in the world to really take off.

Now, the majority of multiplayer games are online, with non-remote play something of a comparative rarity.

With the growth of blockchain technology, it was perhaps not a massive surprise that the idea of gaming on the blockchain took off. The thing that perhaps helped it to grow most and develop was the rise of non-fungible tokens (NFTs).

These links to individual pieces of digital art exploded in popularity in the second half of 2021 and, while the market has cooled down somewhat since then, they are still a big part of the overall cryptosphere. If you are wondering how NFTs link in with online gaming, let’s explain.

Since NFTs can be bought, sold and exchanged, then they are, as their name suggests, a token with potential real world value. There are a fair amount of games that feature NFTs that can be used to gain certain abilities or powers within a game.

But also, by their very nature of being an NFT, they can be used outside the game. In many cases, since NFTs can be earned within the game, this means, at least in theory, that people can earn money by playing these games, hence they are known as play-to-earn (P2E), games.

While it is important to realise that the amounts of money people can make by playing P2E games is relatively small – perhaps the most notable claim about people being able to make an actual income from P2E was written by someone who worked as the director of a consulting firm that represented play-to-earn games in the Asia Pacific region, which may cause someone to question just how accurate the reports were – it does mean that there is a potential opportunity to make money from gaming which, in turn, has led to a lot of different P2E games sprouting up over the last 18 months or so.

One of the many P2E games that has come into being over the last year or so is MonkeyLeague. Originally called MonkeyBall until video games giant Sega pointed out it had trademarked the very similar Super Monkey Ball name, this platform gives people the chance to play a kind of football simulator using NFTs, which, as the name suggests, are based on monkeys.

The system, designed by gaming studio UnCaged, led by general manager Tal Friedman, has its very own eponymous cryptocurrency, also known by its ticker handle of MBS and the nickname monkeybucks. This token is used to purchase items in the game itself. People can buy it on decentralised exchanges (DEXs), earning it via missions in the game, or by hosting games in their online NFT stadiums. It is also worth pointing out that MonkeyLeague has another crypto, called SCORE, which is used to help govern the platform via a decentralised autonomous organisation (DAO).

Finally, as MBS is based on the Solana (SOL) blockchain, it is a token, rather than a coin. You might see references to such things as a monkeyleague coin price prediction, but these are not accurate.

Let’s now take a look at the MBS price history. While past performance should never be taken as an indicator of future results, knowing what the token has done in the past can be helpful in providing a very useful context if we want to either interpret a monkeyleague price history or else make one of our own.

Any hopes of further growth in 2022 were dashed as the crypto market suffered a rather tough year. Although the first two days of January both saw highs of $1.97, that was as good as it got and, on 4 February MBS slumped to a low of $0.3348.

After that, there was some recovery to levels above $0.10 in late June and early July, before dipping down again. In early November, though, the announcement came that SCORE would serve as a platform-wide crypto for a series of blockchain games by UnChained and MBS saw a boost and it traded at $0.16 on 1 November.

With that all said and done, let’s now examine some of the monkeyleague price predictions that were being made as of 3 November 2022. It is important to remember that price forecasts, especially for something as potentially volatile as cryptocurrency, very often turn out to be wrong. Also, many long-term crypto price predictions are made using an algorithm, which means that they can change at a moment’s notice.

First, CoinCodex made a short-term monkeyleague price prediction that suggested that the token could have dropped to $0.093707 by 8 November and then recovered somewhat to $0.178928 on 3 December. That said, the site’s technical analysis was bullish at the time of writing, with 22 indicators making positive signals as opposed to just five sending out bearish ones.

Finally, WalletInvestor was broadly optimistic when it came to making a monkeyleague crypto price prediction. The site said that the token could have reached $0.143 by early November 2023 and gone on to $0.145 in five years’ time. You will have to decide, after having made sure to do your own research, whether such a potentially small increase in price is good or whether it might actually represent an underperformance.

When considering an MBS token price prediction, it’s important to keep in mind that cryptocurrency markets remain extremely volatile, making it difficult to accurately predict what a coin or token’s price will be in a few hours, and even harder to give long-term estimates. As such, analysts and algorithm-based forecasters can and do get their predictions wrong.

If you are considering investing in cryptocurrency tokens, we recommend that you always do your own research. Look at the latest market trends, news, technical and fundamental analysis, and expert opinion before making any investment decision. Keep in mind that past performance is no guarantee of future returns. And never trade with money that you cannot afford to lose.

There are currently no responses for this story.
Be the first to respond.

How To Make The Most Out Of Crypto Investment