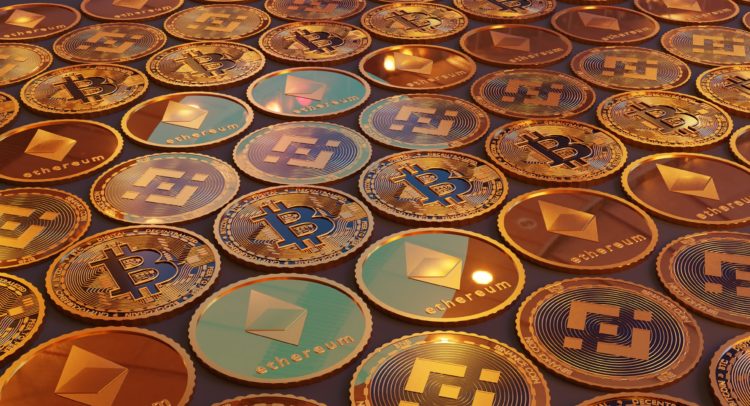 November began with Bitcoin (BTC-USD) facing an uphill battle to move past the $20,500 resistance level, with the flagship cryptocurrency dropping by roughly 1.80% over the last seven sessions. Bitcoin reacted sharply to the downside after the United States Federal Reserve unveiled another 0.75% interest rate hike on Wednesday to curb inflation while hinting that more hikes are inbound.

Meanwhile, CryptoQuant’s latest report shows that the number of BTC whale wallets holding 1,000 to 10,000 BTC is increasing steadily. The number had decreased sharply between June and September but is now reversing upwards. This accumulation trend reflects similar conditions leading up to the 2021 bull run, suggesting that BTC is priming for another upward breakout.

Hot on the heels of the Twitter handover, this week’s standout performer included Dogecoin (DOGE). Months of price stagnation rapidly shifted following “Dogefather” Elon Musk’s Twitter acquisition, sending DOGE surging 71.5%. Speculation that DOGE may be integrated as a medium of payment on Twitter further propelled its value, helping the token reach a six-month high of $0.16 before pulling back.

In addition, other altcoins also clung to the previous week’s gains and outperformed the broader market. Among the top-ten altcoins by market capitalization, the value of BNB jumped by nearly 14.9%. This momentum higher comes as Binance Chain selected Boba Network’s layer-2 solution to improve scalability and lower computational costs across the Binance network.

A Few Altcoins Stuck in a Downward Spiral

After a major rally the prior week, Toncoin (TON) is retracing its gains, falling approximately 13.8% over the past seven sessions. Part of the move stems from investors limiting exposure to risky assets as rates rise, sending TON’s trading volume sharply lower. Apecoin (APE) mirrored the momentum lower, tumbling roughly 9.5% as investors pared back riskier positions.

In the meantime, problems for Terra Classic (LUNC) show no signs of easing up, especially as the legal pressure on Terra co-founder Do Kwon mounts. Adding to the token’s recent losing streak, the value of LUNC fell another 10% during the last seven sessions. Despite the Terra community burning over 26 billion LUNC tokens by the end of October, Terra Classic’s freefall is enduring, with LUNC’s market capitalization dropping more than $130 million within the first two days of November.

Following a challenging October wherein $718 million was stolen from the crypto ecosystem, crypto derivatives exchange Deribit emerged as the latest platform to fall prey to hackers. While the vulnerability that enabled the hack remains unclear, the platform lost around $28 million worth of crypto after its hot wallets were compromised. Withdrawals have since been temporarily halted, but the company claims reserves will cover client losses.

Switching gears, crypto adoption continues to gather momentum across brick-and-mortar businesses. South African supermarket chain Pick n Pay is now accepting BTC payments for items across all of its stores. The company has experimented with BTC payments for over five years across Cape Town and is currently rolling out this feature nationwide.

Additionally, this week, traditional finance giant JP Morgan executed its first DeFi trade on a public blockchain network. This trade event was organized by Singapore’s Monetary Authority as part of its pilot project to explore the potential of DeFi in wholesale funding markets.

Last but not least, stablecoin issuers Paxos and Circle have received approval from the Monetary Authority of Singapore to provide digital token services, issue cryptocurrencies, and facilitate cross-border and domestic transactions. This move was welcomed in crypto circles, given Singapore’s stringent stance toward approvals following the Terra stablecoin implosion that unfolded earlier this year.