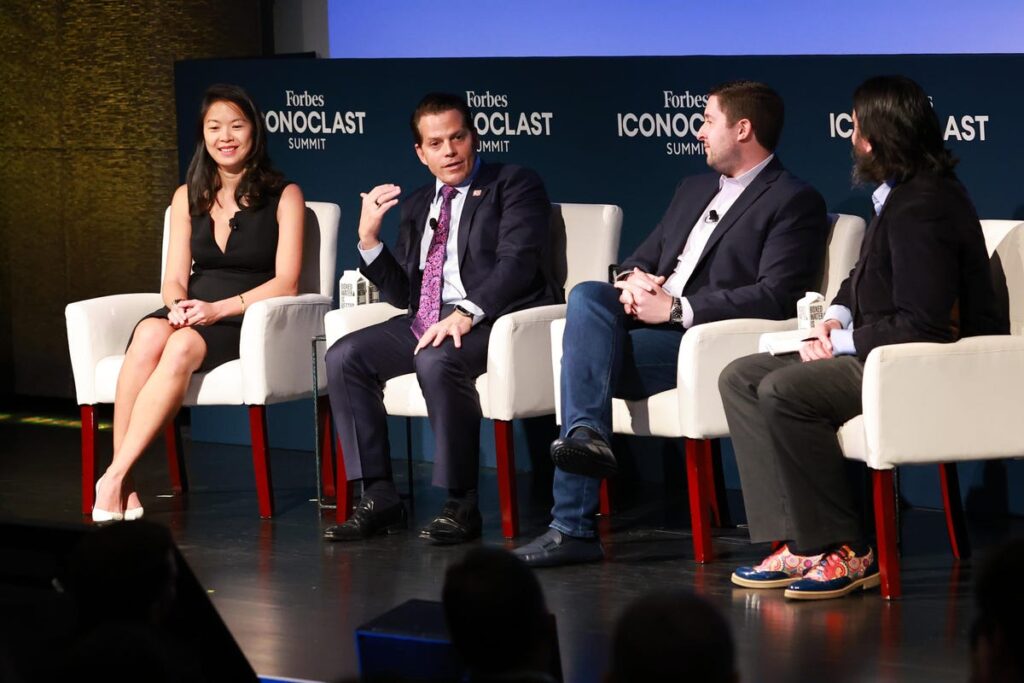 Investors see a future with cryptocurrencies, but U.S. regulatory “inaction” is costing elected officials’ support, according to Michael Sonnenshein, CEO of Grayscale Investments. The digital assets firm is suing the Securities and Exchange Commision (SEC) after the regulator refused to allow the conversion of its $12 billion Bitcoin Trust (GBTC) into a spot bitcoin exchange traded fund (ETF).

“The inaction of regulators to take an existing product and take it closer to the regulator eye is a missed opportunity,” says Sonnenshein, speaking at the inaugural Forbes Iconoclast Summit on Thursday.

Grayscale has received support from crypto and traditional finance quarters in its court battle against the SEC.

The largely anti-establishment crypto sector used to turn its eyes away from regulators, but in order to encourage new investors to take the digital plunge it has been seeking clearer government standards. Meanwhile, President Joe Biden’s White House may be encouraging the SEC and other agencies to use existing law to regulate the industry in a non-adversarial way.

“Now regulation is a must.” says Christine Moy, head of digital assets at Apollo Global.

However investors are looking beyond legislative proposals currently stalled in Congress and towards the upcoming midterm and 2024 presidential elections. “This is on voter’s minds,” says Sonnenshein of Grayscale’s suit against the SEC.

“Presidential candidates in 2024 will both be pro crypto,” adds Anthony Scaramucci, founder of SkyBridge Capital. “There are over 70 million people that own crypto, and they won’t want to piss them off.”

Sam Bankman-Fried, CEO of the FTX exchange (and owner of 30% of Scaramucci’s SkyBridge), is making a tangible effort to finance candidates sensitive to crypto issues through 2024, though perhaps not to the full $1 billion extent he had been quoted as pledging in August.“We’re playing it by ear,” he said appearing on an earlier panel, specifying that the total amount he’d donate to political campaigns could very well be less than $1 billion but not more.

Young voters will likely have the largest impact on the election of crypto-friendly candidates. A recent poll by Grayscale showed that 80% of voters going into the primaries want more crypto regulations and 50% say that crypto is the future of finance.

To Moy, it is this age demographic, those between the ages of 19-25, that are more likely to have their first investment be bitcoin, ethereum or even dogecoin.

“Think about the psychology of this generation,” she told attendees. “When they inherit generational wealth, how will they invest?”

Sonnenshein agrees, saying that “given those proclivities and those investor preferences, some portion is going to end up in asset classes like crypto.”

Cryptonite or superpower? Why these institutes are teaching kids about cryptos and blockchain – Moneycontrol