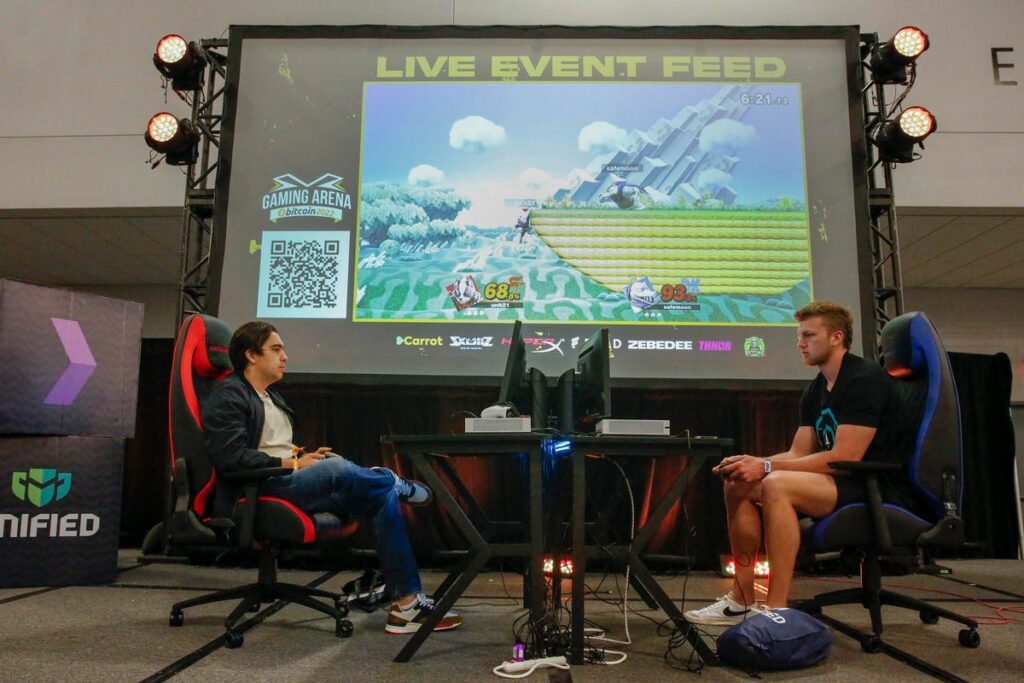 Brash, high-flying 26-year-olds working in private equity at legendary asset management firm BlackRock are decidedly a rare breed. Even more scarce are those who voluntarily walk away from Wall Street to plunge headfirst into a largely untested emerging market. Yet, that’s exactly the trajectory of Paul Taylor, chief strategy officer at Fancy Studios, who left the $10 trillion asset firm to focus on one of the latest and more exotic applications of crypto, NFTs (non-fungible tokens), and blockchain.

“I loved every moment of my work,” he recalls. “Being surrounded by the best in the business and the never-ending flow of projects was great. The work kept me on my toes every second and it was a fantastic learning experience. I really appreciated the exposure to world class companies, investors, and management teams.”

Yet, in hindsight, Taylor admits the allure of crypto began to gnaw away at him. As he watched an increasing flow of talent and capital migrate to the world of blockchain, he wondered whether he was missing out.

“I’d been following crypto since 2017, and funnily enough, I had a reputation as one of BlackRock’s biggest bears on the space,” he says. “I consider myself a logical person with a healthy degree of skepticism, and in the earlier days of crypto, there were just so many projects that didn’t have real use cases. Lots of buzzwords and vague roadmaps without a clear slight to real utility. I was interested, but not interested enough to seriously consider switching careers.”

Of course, the path carved by Wall Street insiders leaving their lucrative gigs in favor of crypto is one now well traveled. Several years after the early exuberance of investors in Bitcoin and other digital currencies and NFTs, a new application of blockchain is gaining momentum: “GameFi.” Also known as “Web3 gaming” or “blockchain gaming,” it is promising to breathe new life into digital assets and empower gamers.

A mashup of “gaming” and “finance,” GameFi is a term used to describe online activities which offer players the chance to win, trade, and own digital assets. Functioning within games in the form of game characters, currencies, and commodities, these digital placeholders can also be interoperable, meaning that they can be used in other games.

“The more I learned about GameFi, the more comfortable I got,” Taylor says. “I talked with founders of some of the biggest names in GameFi, played tons of crypto games, and used my instinct as a gamer to build my confidence in the industry. As a chess player, I thought both short-term and long-term to predict future trends and market adoption, including the opportunities and risks. Ultimately, I created my own thesis on the industry and had enough conviction to pursue it with my full focus.”

Over the past year, GameFi has quickly become a strategically important sector for crypto and is attracting the attention of gamers, as well as funding from investors. According to DappRadar, GameFi currently represents over 50% of all blockchain activity, measured by unique active wallets, which represent users who have recently performed transactions within the ecosystem. GameFi is also expected to grow to a $50 billion market by 2025, according to research from Crypto.com.

One popular example of this new shift in gaming is Axie Infinity which had a meteoric rise in 2021, hosting 2.7 million daily active users in November and having tens of millions of dollars worth of its NFTs traded weekly. Much of the appeal are crypto tokens used as rewards for completing quests, battling other players, and for breeding digital pets. As you may have guessed, these digital assets take the form of NFTs which players can buy, sell, and trade with others. The inclusion of NFTs is integral to the popularity of GameFi gaming industry, according to analysts. The concept of real ownership represents a paradigm shift in the industry–gamers now can own what they spend their time and money on.

Although in recent months Axie Infinity has experienced a decline in its popularity, other GameFi projects have emerged with variations on the model, attracting capital from investors. In the first half of this year, more than $5 billion has entered the sector, compared to $4 billion for the entire 2021. A $600 million fund was launched by Andreessen Horowitz in May, entirely focused on “building the future of the games industry.” A month later, Immutable debuted a $500 million fund with the mission to “boost the adoption of Web3 games.”

“As we saw, GameFi really took off in 2021,” he comments. “Its appeal is deeply rooted in who I am. Growing up, I was the kid who would come home from school and finish my homework as fast as possible to try to get a computer gaming session in before my parents kicked me off to go to bed. Then I’d sneak up at midnight to continue where I left off. Being a lifetime gamer has given me an edge in determining whether a GameFi project is legit or just smoke and mirrors. I can play a game for a bit and instantly tell you if it’s fun or not.”

He adds that his love of strategy and competition truly took root the moment he saw a chess board. Even as a child, Taylor was far from a pedestrian chess player. After learning the game at the age of five, he went on to win his first state scholastic title within a year. That was his first of what became eight state titles. At seven he won his first national scholastic title, the first of four. At just eight years of age he was coaching a collegiate chess team. By 11 he was taking on (and defeating) 15 players at a time. After turning 13 he abruptly quit, noting that around this age is usually when one decides if they want to go pro or not. For him, chess was a game, not a career. However, he still plays regularly, albeit casually.

He credits chess with playing a very large role in how he thinks and views the world, saying the game is an allegory for many things in life. Taylor says he tends to analyze things mechanically and calculates multiple scenarios over time.

“Gamers represent one-half to two-thirds of the world’s population, depending on how you define it. Additionally, gaming is among today’s most popular pastimes. And this isn’t a new trend. In 2015, the League of Legends world championship event had 27 million viewers, more than the NBA finals or MLB world series. In 2019, the League of Legends world championship had over 100 million unique viewers, beating out the Super Bowl’s 98 million. The younger generations are spending more and more time online, and a large amount of that time is spent on gaming. There’s a reason why gaming has the highest profit margins of any established industry. GameFi represents the next evolution for gaming and it’s easy to understand why its prospects have captured the imagination of investors,” he states.

“In my view it’s impossible for a market to hit a trillion market capitalization and then wind up having no value. It’s still early days for everything in crypto and there are a lot of emerging trends. Capital will accelerate innovation and quickly figure out what works versus what does not. I believe GameFi will be one of the big winners. There are of course educational, onboarding, and regulatory hurdles the industry must overcome, and we are still waiting for blockbuster web3 games to bring in many more millions of traditional web2 gamers. However, I’m confident that will all happen within a couple of years.”

After experimenting with a variety of GameFi entrants vying for gamer loyalty, Taylor landed at Fancy Studios, a Web3 gaming studio focused on developing hyper-casual mobile games that use blockchain technology and NFTs. In his role as Chief Strategy Officer he oversees business strategy, project management, and brainstorms how to scale the business.

Founded in October of last year, the hot game developer has already raised $12.5 million to fund their first few titles. Investors represent some of the most notable players in the industry, including Framework Ventures, Illuvium, Merit Circle, and Yield Guild Games. To date, Fancy Studios has released two games with more in the pipeline for this and next year. Their first game ‘Fancy Birds’ has seen strong demand, with users minting over 45,000 of their flagship bird NFTs, which have now traded over $2 million in secondary volume on platforms such as OpenSea.

“So far, it’s been an amazing journey,” Taylor enthuses. “I really enjoy the start-up culture and being among the first in the industry to really validate your own thesis. I personally think the concept of owning digital assets and being able to use them from one game to another is really powerful. That type of flexibility simply has never existed for gamers before.”

He says that his own deep connection with gaming informs where he believes Fancy Studios will take GameFi in the near future.

“It’s always a little painful quitting one game, losing all my progress to play a different game,” he admits. “I can only imagine what the landscape will be like once gamers expect to own their digital assets and can have a single character to play all their games. I probably would be playing my RuneScape or Guild Wars character from my childhood for all my games,” he laughs.

Taylor is not new to the world of start-ups. He has been advising at Make Ventures Princeton, the university’s premier student-run incubator. More recently he’s been mentoring blockchain projects, providing insights into GameFi trends, tokenomics, fundraising, and other topics. His background on Wall Street has also helped him become an active investor in web3 projects, usually participating in the pre-seed and seed stages.

“I’ve always had an inclination towards the early-stage culture and the idea of building something new. I believe it’s important to always have a pulse on what’s working now and also what will be working in the future. I believe crypto is the next wave of innovation that will bring a lot of new technology into the mainstream and benefit society,” says Taylor.

As for the cultural shift he’s experienced in his transformation from Wall Street asset manager to GameFi entrepreneur, he says it boils down to different personalities and meeting environments.

“The biggest difference I’ve noticed is that those in crypto tend to be a little more creative and visionary. Fail fast, break things, and build. On Wall Street it was more about maximizing efficiency,” he says. “Additionally, a lot of my meetings now consist of a younger audience wearing t-shirts that are sitting in gaming chairs talking about game designs and whether something looks ‘cool’ or not.”

Although it’s likely too early to tell how GameFi will pan out, innovators such as Paul Taylor expect it to be a wild ride.

“I think ‘GameFi’ and ‘gaming’ will become synonymous in the public’s mind sooner than we think,” he adds. “As a gamer, you develop an identity when you play a game, as you customize and upgrade your avatar over time. GameFi will allow you to keep or trade that value versus destroying it, and I think future games (as well as the Metaverse) will also require this concept of a persistent interoperable identity in order to be successful. The transition is already well in the works and I am quite optimistic of its future.”