El Salvador To Buy One Bitcoin Every Day – Bitcoin Magazine 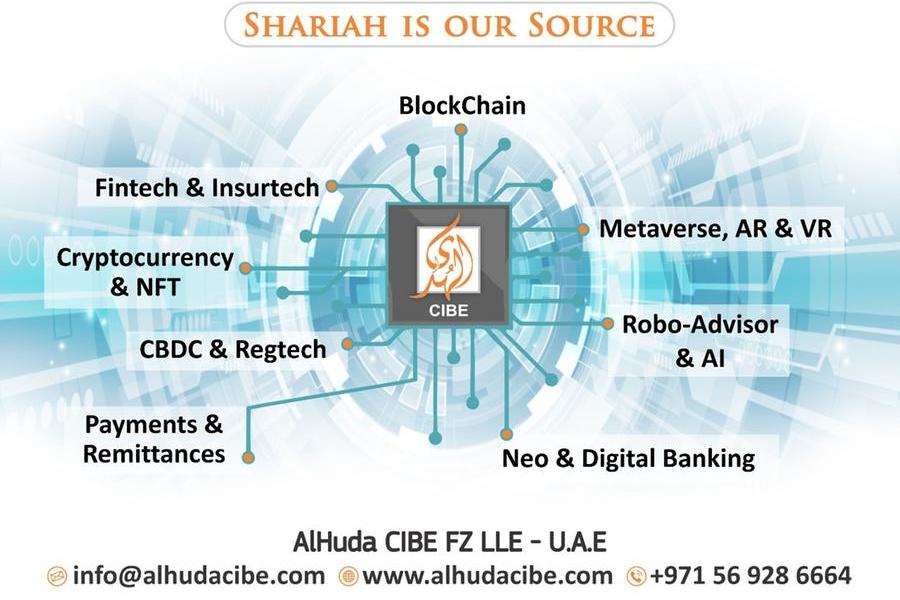 Dubai:  AlHuda Centre of Islamic Banking and Economics (CIBE) is working diligently from the last 16 years dedicatedly. AlHuda CIBE has been acknowledged as a distinguished service provider due to notable services of advisory, consultancy, capacity building, research and development along with a team of dedicated professionals and one stop solutions of Islamic banking and finance. AlHuda and its team has offered the services over the globe including Americas, Africa, Central Asia, Asia, Middle East and expanding its outreach not only geographically but intellectually in the field of technology.

Advanced technologies, from Blockchain to Artificial Intelligence, are transforming financial services. Islamic finance is no different. AlHuda CIBE has introduced its services for FinTech including InsurTech, Blockchain, crypto-currencies, NFTs, CBDCs, RegTech, Metaverse, AR, VR, Rob advisory, Artificial Intelligence (AI), Neo and digital banking. Our aim is to provide state-of-the-art services of Islamic banking and finance. We are proud to be prominent for our quality services all over the globe.

Islamic finance industry is growing tremendously over the globe due to its distinguishing features of sustainability and viability. The underlying mechanism to perform Islamic (interest-free) finance is universally accepted by the intellectuals. However, the technology is also growing and the operations are becoming automated due to marvelous inventions in the technology. Technology is becoming a reliable medium to perform the operations. It is making an enabling environment for all types of industries in the global village. Fintech is one of the technologies, making the financial transactions convenient over the world borderless. It also helps to reduce the transaction costs which support the sustainability of financial institutions.

FinTech started in 1886 which involves building the infrastructure that will support globalized financial services. The era from 1886 to 1967 is called FinTech 1.0. FinTech 2.0 started from 1967 to 2010 in which FinTech switched from analogue to the digitalization of finances with the online revolution that was the first movement towards digital banking. From 2010 to 2014, it is FinTech 3.0 in which new technologies have opened-up to make it easier to create digital banking products using Open Banking, that allows third-party companies access to financial data. However, the underlying technology that has driven the Fintech 3.5 era (2014-now), namely Blockchain and open banking, will continue to drive the innovation of the future. FinTech is set to change how money is collected and managed through a wave of integrated payment providers.

FinTech is trending, from the mid-2010s, it exploded, with both startups receiving billions in venture funding (some of which have become unicorns), and incumbent financial firms either snatching up new ventures or building out their own FinTech offerings. The world is producing most of the FinTech startups in North America and Asia, followed by Europe and Africa. Some of the most active areas of FinTech innovation include or revolve around the following areas (among others):

These areas are prevailing in 2022 which predict the future of FinTech. The increasing number of unicorns (privately held startup businesses with a value of over $1 billion) is also an indicator of the future of FinTech industry Mr. Muhammad Zubair said. He further added that it is the need of the time to learn FinTech programing, cybersecurity, AI/ML and data sciences and Blockchain for survival of the financial markets. The following graph could be seen as evidence of the growing Fintech over the globe.

As per global FinTech adoption index the following are the top reasons why the consumers prefer FinTech to use:

AlHuda Center of Islamic Banking and Economics (CIBE) is a well-recognized name in Islamic banking and finance industry for research and provides state-of-the-art Advisory Consultancy and Education through various well-recognized modes viz. Islamic Financial Product Development, Shariah Advisory, Training Workshops, and Islamic Microfinance and Takaful Consultancies etc. side by side through our distinguished, generally acceptable and known Publications in Islamic Banking and Finance.

We are dedicated to serving the community as a unique institution, advisory and capacity building for the last twelve years. The prime goal has always been to remain stick to the commitments providing Services not only in UAE/Pakistan but all over the world. We have so far served in more than 35 Countries for the development of Islamic Banking and Finance industry. For further Details about AlHuda CIBE, please visit: www.alhudacibe.com