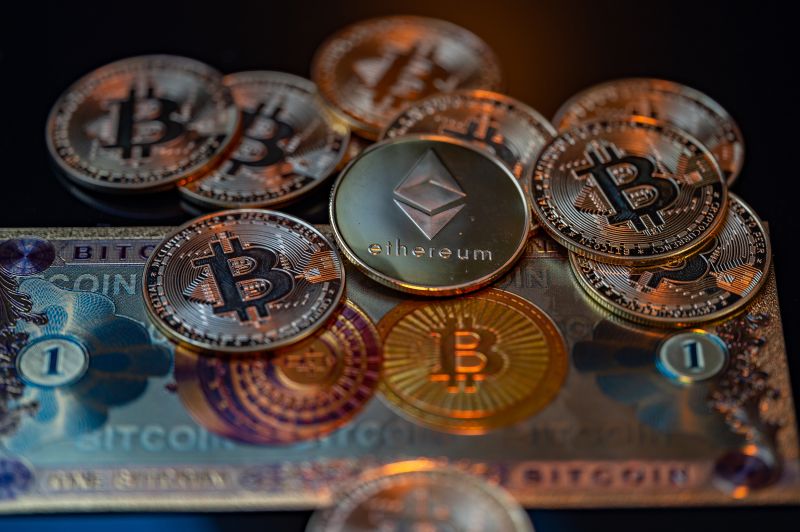 Premarket stocks: Is the bitcoin winter beginning to thaw out?

A version of this story first appeared in CNN Business’ Before the Bell newsletter. Not a subscriber? You can sign up right here. You can listen to an audio version of the newsletter by clicking the same link.

It’s been a cold, hard crypto winter. But signs of a thaw, spurred on by global currency chaos, are beginning to appear.

What’s going on: Bitcoin rose to its highest level in more than a week on Tuesday, gaining more than 5% as the British pound and other currencies took a beating against the ultra-strong dollar. The gains gave crypto bulls hope that bitcoin was becoming a safe haven asset, or one that acts as a hedge when stocks are falling.

Then, around midday, the dollar grew in strength and bitcoin came crashing down again, wiping out all of its recent gains. Bitcoin slipped about another 1% Wednesday after the Bank of England tried to shore up UK debt.

When the dollar is strong, “there are no safe havens,” warned Glen Goodman, eToro crypto consultant, on CoinDesk TV Tuesday.

Some background: Bitcoin is struggling for direction: The digital currency has been swinging between $18,000 and $25,000 since mid-June after a massive crash wiped nearly $2 trillion away from the crypto market. It is currently down 60% year-to-date.

The coin soared through the Covid-era on the wings of near-zero interest rates, stimulus cash and a big influx of investors from large-scale institutions and reached a record high of nearly $70,000 in November.

Then, central banks started raising rates to fight inflation, and the dollar strengthened significantly, seducing investors as the ultimate safe haven. At the same time, the economy began to sour and those new investors who still viewed bitcoin as a risky asset exited in droves. The crash caused a wave of bankruptcies among young companies like crypto trading platforms, Voyager and Celsius.

“In the current macro climate, when you have inflation and a huge sell-off and major crypto projects that failed, people are going to pull back,” Tyler Winklevoss, co-founder of the crypto exchange platform Gemini, told me in an interview earlier this month. “Bitcoin is still new so it’s still viewed by many as a risk-on asset. And as people pull risk off the table, bitcoin will suffer. But all assets are suffering, bitcoin isn’t in this alone.”

The silver lining: But even as bitcoin prices fall, investors see signs of a bottom.

Ben Gagnon, chief mining officer at Bitfarms sees anything below $20,000 as the price where fair-weather institutional investors retreat from the currency for good, which will help stabilize bitcoin’s current volatility and send it up an upward path.

As of Wednesday morning, bitcoin was sitting below $19,000.

“I’d be very surprised if we ended the year this low,” said Gagnon. “I think Bitcoin is going to start to recover now that it’s kind of shaken out of a lot of the excess.”

“This is an interesting time,” said Chris Kline, COO and co-founder of Bitcoin IRA, a digital asset technology platform. “For the last eight months, bitcoin has been acting like a tech stock because there have been so many institutional investors in it.” As that money floods out, he said, things could change.

Crypto advocates aren’t too happy with the Federal Reserve, and that sentiment appears to go both ways.

Fed Chair Jerome Powell urged for more regulation of digital assets on Tuesday morning at a Bank of France conference about the digitization of finance.

While crypto bulls are likely to claim the decline in markets and other assets have caused digital currencies to plummet in value, Powell said he was worried about the opposite. The recent plunge in bitcoin prices, he said, could spread and cause broader financial turmoil. Digital currencies need to be regulated and have checks in place just like other market assets, he said.

Other central bankers weren’t as nuanced as Powell. “I don’t see any redeeming value” in cryptocurrencies, said the Singapore Monetary Authority’s Ravi Menon. “Their time for reckoning has come.”

The Federal Reserve does not regulate cryptocurrency in the United States, but it does monitor cryptocurrencies held by banks. The central bank is also considering the launch of a Central Bank Digital Currency, which is essentially a digital version of the dollar.

That currency isn’t coming anytime soon, said Powell. “We see this as a process of at least a couple of years, where we’re doing work and building public confidence in our analysis and in our ultimate conclusions, which as I say, we certainly haven’t reached yet.”

Representatives Maxine Waters and Patrick McHenry have been attempting to negotiate a bill that would regulate the companies behind stablecoins – digital assets that are pegged to the dollar and used as an alternative to the high volatility of cryptocurrencies like bitcoin.

The bill would subject them to Federal Reserve oversight and reserve requirements to protect customers in case of insolvency– exactly the kind of regulation Fed Chair Powell urged for on Tuesday.

But the can keeps getting kicked down the road. That’s because Congress has been “balking at how to draft the bill text,” reports Politico. They’re having trouble wrapping their heads around how to regulate crypto.

“I don’t think anybody would advise that somebody who’s unaware or unfamiliar with the industry is in a position to legislate and regulate,” Ben Gagnon, who engages with politicians to advocate for his crypto mining firm, Bitfarms, told me.

“There have been some federal government initiatives by agencies to study bitcoin, but that process is largely nonexistent,’ he said.

The White House recently released its own plans for crypto regulation, but critics argued that they lacked real teeth. The Blockchain Association, one of the largest digital asset industry groups, said the Biden Administrations’ report lacked “substantive recommendations.”

Executive Director Kristin Smith said in a statement that the report focused too much on criticism of the industry and was light on policy. She called the reports “a missed opportunity to cement US crypto leadership.”

(PAYX) report earnings before the bell.

US pending home sales will be released at 10 a.m. ET.