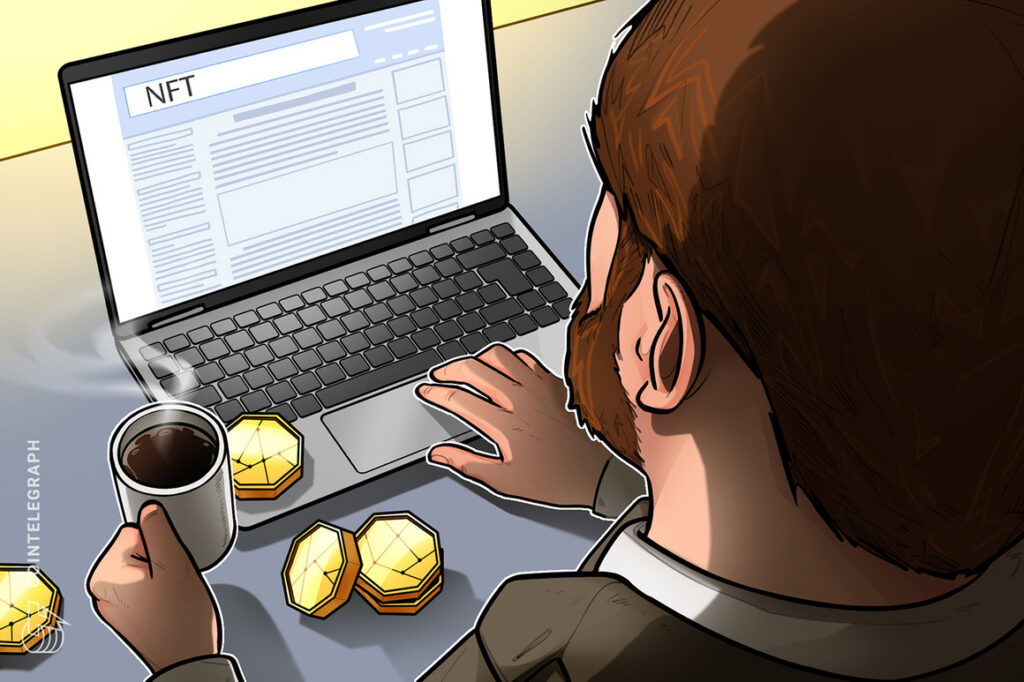 The main cast from the cult-classic film Napoleon Dynamite are reuniting for an animated series which will be released through blockchain technology.

According to a Sept. 27 report from Hollywood news outlet Deadline, the stars from Napoleon Dynamite have all signed on to voice characters in CyKo KO, an animated rendition of Rob Feldman’s comic book bearing the same name, with a 12-minute pilot to launch on Web3 streaming service Rewarded.TV.

Napoleon Dynamite is an indie-comedy from 2004 that developed a cult following across the globe despite being shot in just 22 days and having a limited budget of $400,000. The main cast includes Jon Heder, Tina Majorino, Efren Ramirez and Jon Gries.

Heder, who played Napoleon Dynamite, will take up the role of the main character who also bears the same name as the show. CyKo KO follows the story of a hero and his sidekicks who protect the colonies of “SuperEarth” from enemies and giant monsters. A 12-minute pilot is reportedly in the works at this stage.

As part of the fund raising process from the show, Rewarded.TV will host the sale of CyKo KO NFT card collectible packs on October 1.

The packs start at $59 a pop and were developed in partnership with Theta Labs. Hodler’s of the NFTs will gain access to all season 1 episodes of the series along with other shows and films on Rewarded.TV.

Monthly prizes and a chance to meet the cast of CyKo KO or to cameo in the pilot has also been touted.

The Web3 streaming platform enables users to earn RPLAY tokens and NFT rewards for time spent watching media, while people can also earn from launching their own content.

According to a Tuesday announcement from Oasys, the game is based on the Romance of the Three Kingdoms mythology, which is from Sega’s SANGOKUSHI TAISEN arcade-based card game franchise.

The game itself will be developed and operated by double jump.tokyo and it will consist of a digital collectible card game, most likely with a PVP battle mode attached to it.

While it doesn’t represent a triple-A quality game launch, the move is significant as it shows that Sega is finally ready to dip its toes into the blockchain gaming market.

Speaking to Cointelegraph at the 2022 Tokyo Games Show earlier this month, Oasys representative director Ryo Matsubara emphasized that big gaming companies in Japan such as Bandai Namco, Sega and Square Enix all hold a long term vision for blockchain-based gaming.

“They don’t [want to] change that policy. They really understand the future adoption of blockchain. They’re not thinking about, you know, just the revenue, they want to create the next future [of gaming],” he said.

Brendan Greene, the creator of the highly popular survival shooter game PUBG, has revealed his next game called Artemis will be a Metaverse-focused title that will likely have NFT and blockchain elements.

Greene noted in a Wednesday interview with Hit Points that the game will allow players to create whatever they like in a large open world, and that digital items like NFTs will be incorporated so that users can extract value out of the game via digital goods.

“But it’s not about, like, Chanel and Louis Vuitton. It’s some kid called AwesomePickle selling cool skins because he understands what people want,” he added.

At the time of writing, 1,044 ETH is worth $1.33 million, and the hodler who goes by @fragmentxyz on Twitter, used the borrowed capital to purchase another rare MAYC NFT for 1,000 ETH.

1000 ETH was borrowed against two mega mutants today on @arcade_xyz! The payback is set to be 1,044 ETH in 90 days (18% APY). Additionally the borrower (@fragmentxyz) has bought a third mega mutant from @machibigbrother pic.twitter.com/0dkWIVOGYo

Under the loan repayment terms, @fragmentxyz has an interest rate of 18% APY that needs to be paid down within 90 days. The move marks a novel method to extract liquidity NFTs without selling them (in theory) and suggests that the hodler is betting on there being no major price volatility for MAYC NFTs over the next three months.

Christie’s has launched its own dedicated NFT “on-chain auction platform,” allowing auctions to be carried out fully on-chain on the Ethereum network.

The Walt Disney Company could be on the verge of expanding into the crypto space after posting a new job for an “experienced corporate attorney” to work on “emerging technologies” such as NFTs and the Metaverse.