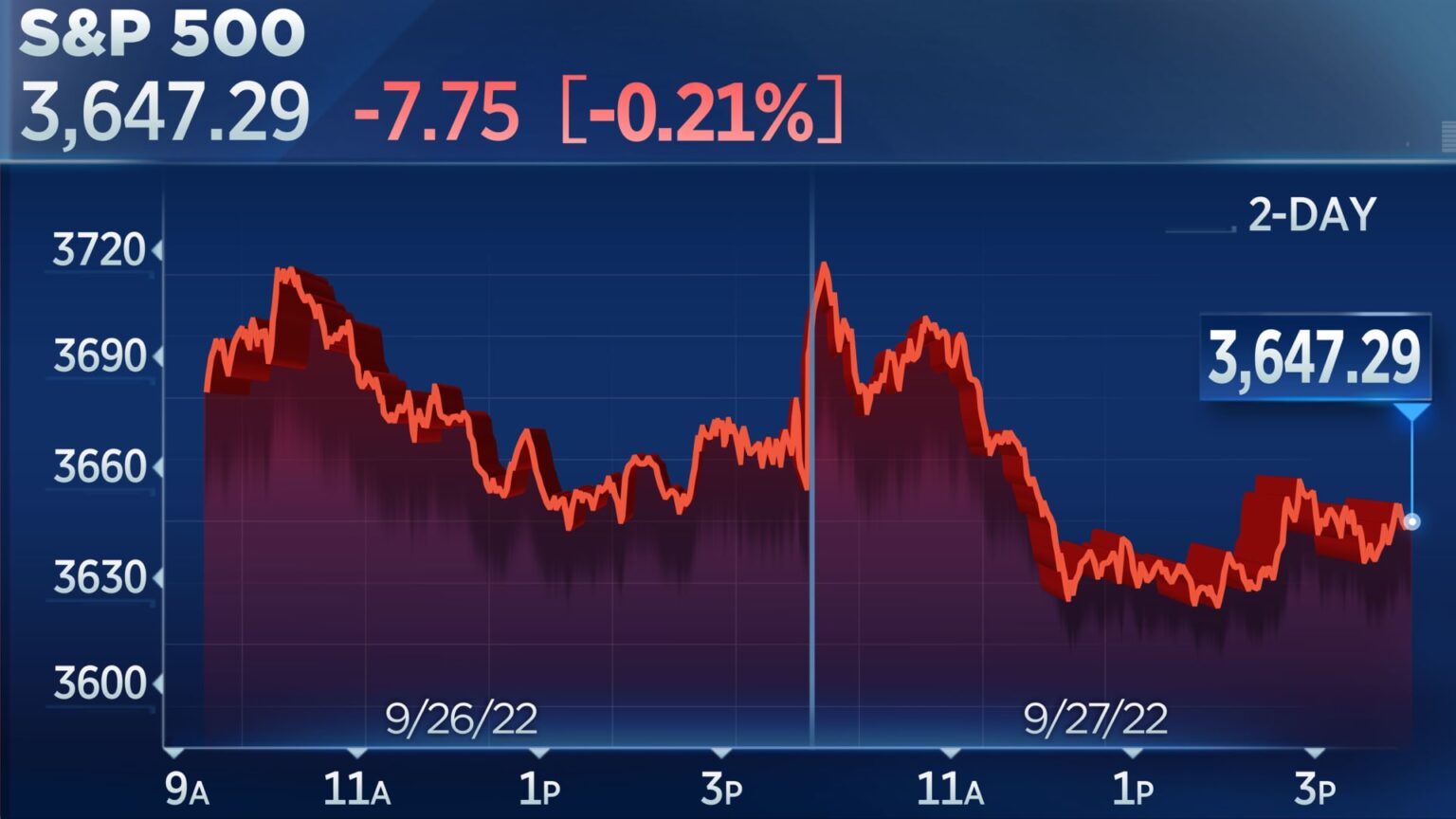 The S&P 500 fell deeper into a bear market on Tuesday after setting a new 2022 low, while the benchmark 10-year Treasury yield continued to climb to levels not seen in at least a decade.

The 10-year Treasury yield gained nearly 9 basis points at 3.972% as it continued its climb toward 4%. The 2-year rate was little changed near 4.31% after dipping in early trading.

A rally in the British pound also fizzled, with sterling trading just 0.4% higher at about $1.07 against the dollar. The pound earlier rose more than 1% against the U.S. dollar, in an attempt to rebound from an all-time low set earlier in the week.

“The fact that we lost support at both 3900, 3800 and certainly made a beeline to the June lows tells you that the risk-off environment hasn’t changed much over the course of the last six weeks,” said Art Hogan, chief market strategist at B. Riley Financial.

“We’re still concerned that the Fed is going to overdo it and push the economy into recession,” Hogan added.

Stocks initially got a boost after Chicago Federal Reserve President Charles Evans signaled some apprehension about the central bank raising rates too quickly to fight inflation. His comments contrasted with several Fed officials who recently expressed no hesitation in backing the central bank’s tough stance against rising prices.

The moves come after five straight days of losses for stocks, with the S&P 500 closing at its lowest level since 2020. The Dow dropped more than 300 points on Monday, putting it in a bear market after falling more than 20% below its record high. The 30-stock average also posted its lowest closing level since late 2020.