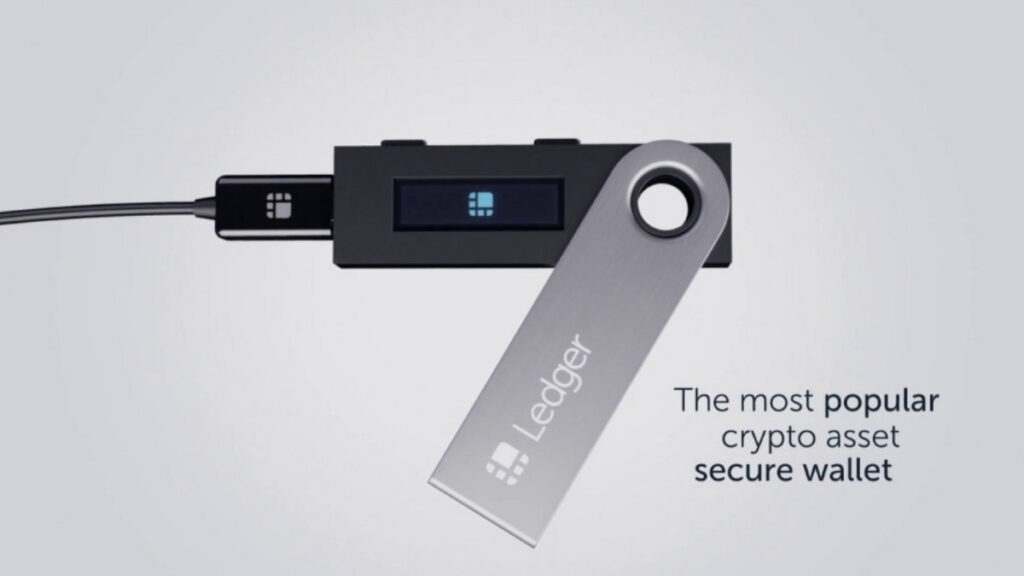 Using a hardware wallet is the most effective way to keep cryptocurrency safe. It is a secure hardware device that stores private transaction keys and other sensitive data. Unlike internet and mobile wallets, a hardware wallet cannot be hacked without physical access to the device, making the money less vulnerable to theft in this method.

The Ledger Nano S is a well-known bitcoin hardware wallet that has sold over a million units worldwide.

It is one of the least expensive hardware wallets on the market, costing only USD 59. It has a simple user interface and a clean design, and it supports over 1,100 coins in total.

The gadget is about six years old. In the world of digital equipment, it is an eternity. The Ledger Nano X has already been upgraded.

So, is it worthwhile to spend the extra money on the update, or is the simpler, less expensive option still ideal? The following review goes over the setup process and how to utilize the wallet in depth.

Unlike competitor hardware wallets such as the Trezor One, the Ledger Nano S wallet does not have a sophisticated design. It also lacks the hefty appearance of conventional wallets.

When a person opens it, though, they will immediately notice various alterations. On the top of the device, there is a little screen, a micro-USB port, and two buttons for browsing through its settings.

In addition to green and pink, it is also available in a very appealing translucent variant. It is also useful to distinguish between primary and backup devices. It aids in matching the ledger to the wardrobe and home decor.

What is included in the package?

The package is minimalist and straightforward, and it was inspired by Apple’s design philosophy. Unlike many other manufacturers, it does not put an anti-tampering seal on its products because it feels such seals are easy to forge and may be misleading.

The device itself, as well as a quick start guide, three cards for recording the recovery phrase, a lanyard, a micro-USB cable, and a loop to attach it to a keychain, are all included in the package.

Before proceeding with the device setup, a person must first download and install the Ledger Live software. After the application has been completed, a password for the device must be created.

After completing this process, users can attach it to their computer using a micro-USB connection. To configure the device, follow the on-screen instructions. The next step is to use the device to make a pin.

Use the two switches on the device’s top to go through its menus. To travel right or up, press the left switch. To go left or down and to choose a menu item or respond to a prompt, press both buttons.

Following that, it generates a secret phrase of 24 words, which must be written down on one of the cards included with the device in order to use it. However, it is a time-consuming procedure that must be completed in its entirety. The 24-word phrase serves as the wallet, while the gadget is only a portal through which the device can be accessed. If users forget the pin, they can retrieve the device by typing a recovery phrase into another device. It allows them to keep access to their cryptocurrency assets. When using a hardware wallet, the secret word may need to be entered into an app. It then sends it to the device, leaving the hardware wallet useless if the phone is compromised or lost. The secret phrase’s security is increased by keeping it airlocked and only storing it on the device. It also indicates that the recuperation period should be as short as possible. Some users have taken to penning their 24 terms in a metal handbag or dividing their recovery phrase into numerous bits and keeping them in various locations.

After choosing a PIN and writing down the recovery phrase, the user must verify the device using the Ledger Live app, which should only take a few seconds.

An essential reason why people choose hardware wallets is for their safety. The company exceeds industry safety standards. These wallets had never been tampered with. On nanodevices, it installs EAL5+ certified Common Criteria (CC) tamper-resistant chips. The chip stores the private key.

Furthermore, it is the first hardware wallet manufacturer to use Secure Element chips and an operating system known as the Blockchain Open Ledger Operating System (BOLOS).

The French National Information Systems Security Agency conducts an unbiased analysis of these devices (ANSSI). At the user level, further security measures are also accessible. To buy altcoin, for example, one must manually push both the buttons on the gadget simultaneously to prevent cybercriminals from hacking. In the wallet, a four-digit pin code is required. Users are given a 24-word phrase to remember in a safe, offline setting.

The device is simple to set up and operate. Users must first install Ledger Live on their mobile device or PC, then choose the option to set up a new device. From there, the application guides users through the procedure, including a security checklist.

Once set up, investors conduct most transactions using the Ledger Live app and physically pressing both buttons on the hardware package to confirm transactions. Despite the small size of the display, the necessary interaction works well. However, going through the alphabet to find every letter while entering the 24-word recovery statement may be time-consuming.

It is simple to use and suitable for inexperienced investors with a few pence. However, many cryptocurrencies require software, and the device only has a few programs, so one must remove one to install another.

The device has incredibly high evaluations from users. Complaints have been lodged over the lack of Bluetooth and safety protocols. In conclusion, the cost of superior security is somewhat less convenient. Others have expressed concern about the smartphone’s storage capacity. The website does, however, disclose size and limits.

Customers must fill out the return web form within 14 days of receiving the hardware wallet if a device issue emerges after purchase.

On its website, the hardware wallet costs $59 USD. The company occasionally offers free delivery to the United States and many other countries. Otherwise, shipping costs may exceed $19. Ledger also has a large number of resellers, so it may be found for a reasonable price.

For example, the device costs $59 on Amazon with free shipping, yet it is only $46.99 at Walmart. The delivery time is determined by the location.

A USB-B micro cable is included in the packaging. It also contains works in which a 24-word phrase for a recovery statement is quoted. It also includes a neck strap. It also offers a bundle of three devices that can save you up to 21%.

The Ledger Nano S is a completely safe hardware wallet. It looks like a USB flash drive. It is also one of the best crypto hardware wallets. Although it supports most of the cryptocurrencies available, many assets need users to download a third-party software, and application wallet space is limited. The device is perfect for both rookie and experienced cryptocurrency investors who want to keep their funds offline.