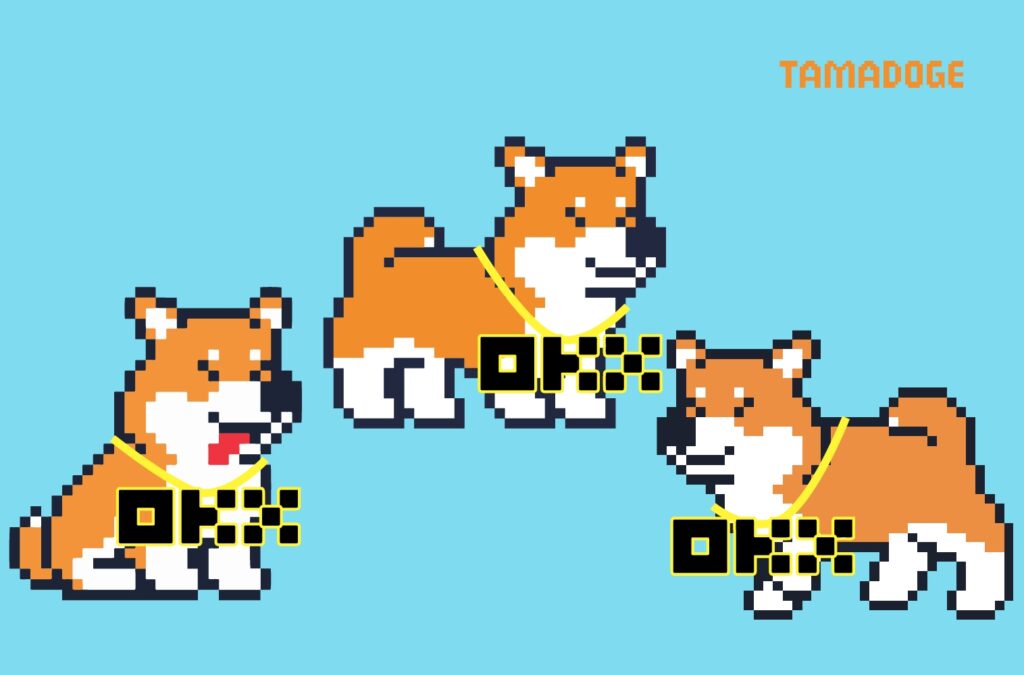 Disclaimer: The Industry Talk section features insights by crypto industry players and is not a part of the editorial content of Cryptonews.com.

Tamadoge (TAMA) will list on OKX exchange Sep 27 at 11:00 UTC and aims to combine the appeal to investors of meme coins like SHIB and DOGE with a P2E game, incorporating metaverse and move to earn mechanics. Is the best new coin listing to watch this week?

New crypto TAMA is the in-game currency and rewards token of the Tamadoge battle app, used to mint virtual pets tokenized as NFTs and earnt by players in its ecosystem. This week Capital.com reviewed the Tamadoge project – another indicator its initial exchange offering (IEO) could perform well.

Tamadoge raised 19 million USDT in its token presale in under two months, from July 25 – Sep 18, attracting a high level of investor interest despite crypto prices trending down – Bitcoin and Ethereum are still trading under $20,000 and $1,500 this week.

Coverage in CNBC at the 15 million USDT point may also have helped push the new crypto token’s seed round funding over the finish line a month earlier than planned on the Tamadoge roadmap. Yahoo Finance also highlighted TAMA as early as its beta sale.

Across crypto news media, Tamadoge has made headlines in BeInCrypto, Bitcoinist, NewsBTC, The Cryptonomist, ZyCrypto, and others – TAMA combines the most popular sectors of cryptocurrency as a play to earn crypto asset, a meme coin and having upcoming metaverse and move to earn features.

Tamadoge will launch with a 1 billion circulating supply (50% of its total supply of 2 billion), at a listing price of $0.03 – an initial market cap of $30 million. Achieving the same market capitalization STEPN reached eight weeks from its launch would mean a TAMA price target of $2.50, an 83.3x gain.

Today since its correction GMT has a market cap of just over $380 million – which TAMA would hit at $0.38 per token, a 12.6x gain from its listing.

Unlike GMT, TAMA is deflationary with an in-built token burn on Tamadoge store transactions – when players upgrade their Tamadoge NFT pets with accessories, or buy dog food. Having a higher percentage of its token supply unlocked at its IEO could also help support the price.

Tamadoge also has no expensive barrier to entry like STEPN – in its M2E crypto game, players were required to buy NFT sneakers. The explosive bull cycle of GMT took place during a time period in which NFT sneakers had a floor price of around 12 Solana (SOL) – a testament to how popular apps that pay users in crypto are.

Shiba Inu initially dumped after its Binance listing (May 2021, and its Coinbase listing was in January) and hit a low of 0.00000510 USDT four months later in September

It then exploded 17.3x to 0.00008854, mostly based on hype and FOMO – since then it has retraced most of its bull run, now trading slightly over 0.00001. At press time the Shiba Inu price is up, however its market structure is still bearish – printing lower highs and lower lows.

Even after its approximately 90% correction from the top, Shiba Inu has a market cap of $6.4 billion today and fully diluted valuation (FDV) of closer to $7 billion. All with little utility or incentive to hold SHIB.

Tamadoge could potentially be the next cryptocurrency to explode with its Doge aesthetics and more concrete use case, being the native currency of a play to earn crypto game – something Shiba Inu is beginning to explore with the recent launch of its Shiba Eternity P2E game.

Since launch, the Dogecoin total supply increased from 100 billion to almost 133 billion – DOGE is an inflationary asset with an infinite supply (no maximum supply). That aspect of its tokenomics will have contributed to its correction over the last 17 months.

Terra Classic (LUNC) dominating the crypto news headlines in recent weeks for becoming a deflationary asset – the LUNC Burn is again in the news this week, covered on the Binance blog – will have raised awareness for many investors that deflationary cryptocurrency coins are a better investment.

Tamadoge could also be predicted to perform well after its initial exchange listing, due to its deflationary tokenomics.

Tamadoge having its IEO on OKX – with more crypto exchange listings to follow – is another potential bullish catalyst for TAMA being the best new crypto coin to invest in.

OKX has an exchange score of 6.1 on CoinMarketCap and a green rating – which CMC only awards to 21 top tier crypto exchanges.

That exchange platform score is based on a variety of metrics including how trustworthy and safe an exchange is, its daily trading volume ($1.6 billion in the past 24 hours for OKX), and number of cryptocurrencies listed.

Other big names like Bitmex, Delta exchange, Phemex, Bittrex, Poloniex and Bitmart have a lower score and orange rating on CMC.

The video above posted to the Tamadoge YouTube channel explains how to buy Tamadoge when it is listed – OKX also has a separate DEX for those unable to use its CEX.

Tamadoge will also have its initial DEX offering (IDO) on OKX the same day six hours after the CEX listing at 17:00 UTC.

As well as Tamadoge potentially being the best new coin listing this month, new OKX signups have a chance to win a mystery box valued at $10,000.