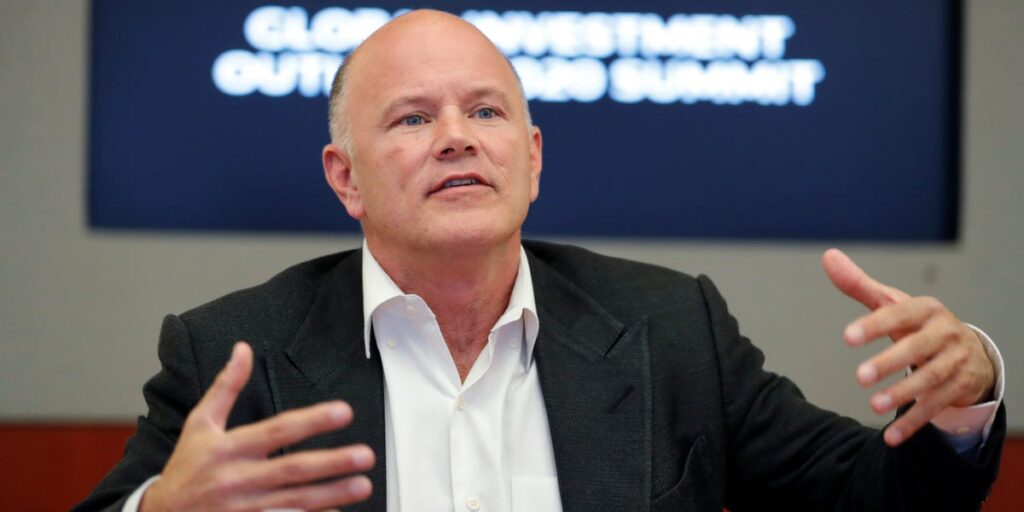 “[Powell] threw us all off track a little bit two meetings ago when he said, ‘I’m going to raise rates and then pause and watch.’ And … he had to backtrack,” Novogratz, the CEO of crypto financial services firm Galaxy Digital, said in an interview on Tuesday.

Novogratz expects the Fed on Wednesday to raise the Fed funds rate by 75 basis points, a view largely held by investors. He said he’s currently shorting stocks in his personal account.

The August consumer price inflation report was “bad,” said Novogratz. He also said inflation looks sticky with elevated labor costs and owners’ equivalent rent and a pending wage increase for railroad workers.  Unionized US railway workers will see their pay rise 24% over a five-year period between 2020 through 2024 if they ratify a tentative deal that was reached last week.

Consumer price inflation in August cooled by less than anticipated, sinking US stocks last week. The Nasdaq Composite dropped by roughly 5.5% and the S&P 500 slumped by 4.1%. Stocks fell Tuesday as the Fed embarked on its two-day meeting. Meanwhile, bitcoin fell closer to $19,100 on Tuesday and has lost nearly 59% during 2022.

For now, long-term investments are going to depend on short-term economic data, he said. “The Fed is kind of handcuffed to the next few CPI numbers. Most likely, we know Powell wants to pause. [Fed policy] does come with a lag.”

Now would be the time to be “neutral” on crypto, said Novogratz, acknowledging that Galaxy Digital has a core mandate to be long-positioned in crypto.

“You’d be waiting to see the Fed pivot and then I think you’re going to see a big, big rally in crypto.”