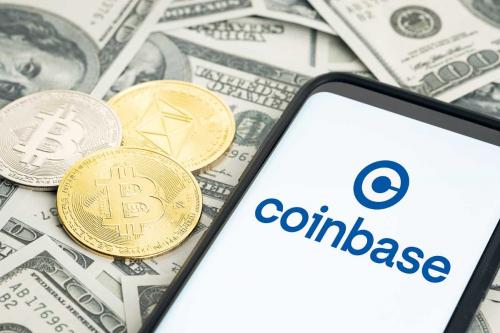 In late-July, the U.S. Securities and Exchange Commission brought insider trading charges against a former manager at Coinbase—the largest crypto asset trading platform in the United States. The charges are the latest move in the agency’s efforts to regulate cryptocurrency, and could spur an increase in cryptocurrency-related securities litigation.

In SEC v. Wahi, et. al, the SEC alleged that the former manager, Ishan Wahi, improperly provided, or “tipped,” material nonpublic information about the timing and content of Coinbase’s “listing announcements” to his brother and a close friend. These individuals then allegedly used the information to trade ahead of multiple listing announcements and earn at least $1.1 million.

According to the SEC, the insider trading scheme involved at least 25 different types of crypto assets. But, because insider trading charges under Section 10(b) and Rule 10b-5 can only be brought “in connection with the purchase or sale of securities,” the SEC specifically alleged that nine of the crypto assets traded were securities. Its allegations track the guidance in the SEC’s 2019 release, “Framework for ‘Investment Contract’ Analysis of Digital Assets,” which stated that to determine whether a digital asset is a security, it must be analyzed under the test first laid out in SEC v. W.J. Howey Co., 328 U.S. 293 (1946). Under the Howey test, an “investment contract” exists when there is an investment of money, in a common enterprise, with a reasonable expectation of profits to be derived from the efforts of others. As the first two prongs are typically satisfied in an offer and sale of a digital asset because the asset is purchased or otherwise acquired in exchange for value as part of a “common enterprise,” the main issue in analyzing a digital asset is whether a purchaser has a reasonable expectation of profits (or other financial returns) derived from the efforts of others. Thus, in the Wahi Complaint, the SEC applied the Howey test to each of the nine crypto assets—focusing much of the analysis on whether investors had a reasonable expectation of profits based on the efforts of others.

The SEC’s decision to file this complaint brings with it uncertainty to Coinbase and other crypto asset trading platforms. Although the complaint indicates that the SEC views some, but not all, crypto assets to be securities, the agency has not laid out a clear regulatory framework aside from its application of the Howey test. The 2019 guidance provides some information, but it specifically noted that it only represents the views of the SEC Strategic Hub for Innovation and Financial Technology, and was not an official rule, regulation, or statement of the Commission.  And Coinbase itself is reportedly facing a separate SEC probe into whether it listed digital assets that should have been registered as securities.

In response to the Wahi charges, Coinbase published a blog post arguing that none of the assets on its platform are securities, and that it “filed a petition for rule making with the SEC calling for actual rule making so the crypto securities market has a chance to develop.” Ishan Wahi’s counsel also released a statement rejecting the SEC’s claims and stating that “prosecutors are trying to criminalize innocent behavior because they are looking for a scapegoat because so many people have lost money in Cryptocurrency recently.”

Other regulators have responded to the SEC’s action in kind. In a public statement issued the same day the Wahi charges were announced, one Commissioner of the Commodity Futures Trading Commission issued a statement criticizing Wahi as a “striking example of ‘regulation by enforcement’” and asserting that major questions such as whether crypto assets are subject to the securities laws should instead be addressed through the public notice-and-comment rulemaking process. And in the Department of Justice’s parallel criminal action against the same three individuals, it brought wire fraud, but not securities fraud, charges—perhaps sidestepping any legal question of whether the assets are securities. After Wahi’s brother, Nikhil, entered a guilty plea on September 12, Assistant U.S. Attorney Noah Solowiejczyk stated that whether cryptocurrency is a security is not relevant to the wire fraud charges: “It’s not an element of the offense to which the defendant is pleading guilty, and for that reason the defendant’s decision to resolve this case with a wire fraud plea should not be understood as a statement about whether these crypto assets at issue were in fact securities or whether the defendant needed to know that they were securities.”

Even absent further guidance, however, the SEC’s efforts to regulate certain crypto assets as securities is likely to embolden private plaintiffs. According to a recent report, the number of cryptocurrency-related securities class action filings in 2022 so far are on pace to exceed the 2021 totals. Three of these filings specifically include allegations related to cryptocurrency securitization. In one example earlier this month, a plaintiff shareholder filed a securities class action against Coinbase, alleging—among other things—that the company allowed individuals to trade digital assets that should have been registered with the SEC as securities. How this and other actions against cryptocurrency providers proceed will likely be impacted by the outcome of the Wahi litigation.