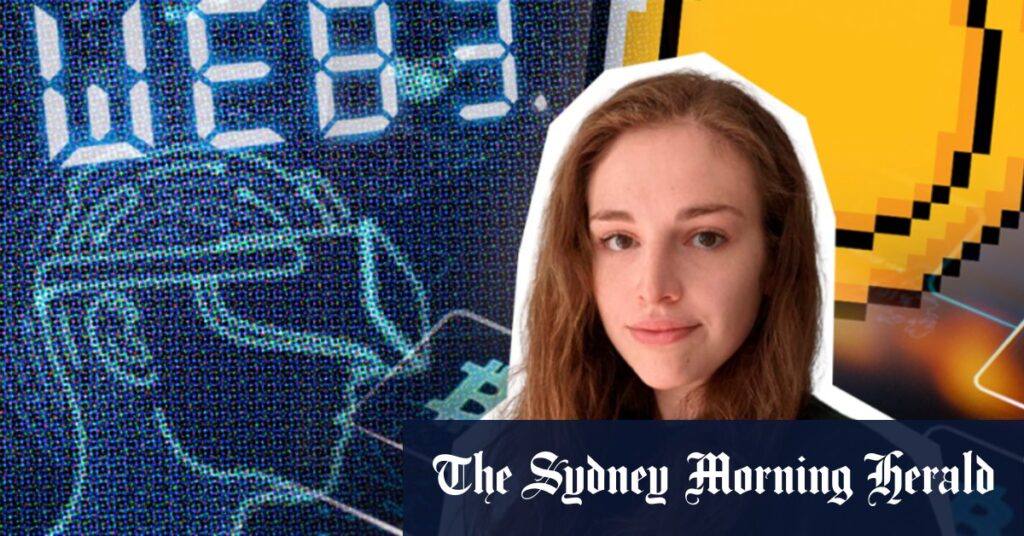 Since then, you’ve made a bit of a name for yourself as one of the premier crypto sceptics in the space, how do you feel about that?

I mean, it was unexpected. I start a lot of small and weird projects of my own that are more for my own entertainment than anything else, so when one of them actually drew the attention and interest that this one has, I was a bit surprised.

I would much rather we step away from the hyper-capitalisation of everything, rather than stride towards it as quickly as possible.

But I’m glad to be able to provide somewhat of a sceptical take on crypto, especially when last year the bubble was pretty much as big as it was going to get and people were starting to do really ridiculous things with their money.

I’m happy to be able to get my opinions out and hopefully make some people think a bit more critically about some of the promises that are being made by crypto firms with large budgets.

Is there one main thing that concerns you the most about the Web3 space?

I care a lot about the web, I grew up on the web, I think it’s an extremely powerful tool. And I think we need to steward it into better shape than it’s in today, and I think that Web3 would present a sharp turn in the wrong direction. The introduction of tokens to everything that you’re doing online is a nightmare for access and open web ideals.

The whole premise of Web3 is to build these enormously speculative economies into everything that we do, which I don’t believe is good for the future of society. I would much rather we step away from the hyper-capitalisation of everything, rather than stride towards it as quickly as possible.

I think a lot of people who are working on Web3 projects have very similar goals to me around democratising the web and reducing the power of big tech companies over the internet as a whole, which I think are very noble and important goals. I just strongly disagree that Web3 is the avenue to achieving them.

This week you participated in the Crypto Policy Symposium in the UK, what was the goal behind that conference and were there any outcomes?

We were really focused on speaking to regulators and legislators in that symposium. A lot of these folks are not technologists themselves, they’re policymakers or lawyers, or whatever. So they’re really seeking to understand it before they can start to regulate it.

A lot of them have been hearing a lot from the crypto industry because they are employing lobbyists, and trying to meet regulators. So the symposium was a good way of giving policymakers the full perspective and getting a broad range of opinions from a more sceptical side of things that aren’t being funded by crypto lobbying firms.

There’s a lot of hype out there about crypto – there are probably hundreds of crypto-positive conferences every year. This is the first one focused on crypto without the intention of promoting it, or at least just not starting from the premise that it is inherently a good thing.

Yeah, I don’t think I could name any lobbying groups in Australia who’d be anti-crypto.

The biggest issue is that there is an enormous financial incentive for crypto companies to influence legislation, so they’re pouring money into it. But there’s no real other side of that, there isn’t some firm out there that has a strong financial incentive for crypto to not happen. People argue the big banks hate crypto, but that’s not true, some of them are trying to embrace it themselves.

Congresspeople and various other lawmakers are getting a barrage of “cryptos great, it’s the future, you’re going to be squashing innovation if you do anything to regulate it”. And that’s a bad situation.

But I am cautiously optimistic there are lawmakers who understand those imbalances exist, and at the end of the conference, there was the announcement of a new crypto-sceptical organisation.

Do you think regulators are getting misled by crypto lobbyists?

Absolutely. Some of the stuff they say is not just misleading, in some cases it’s outright lies – there’s an enormous amount of spin on it. For all the promises crypto makes, we’ve seen very little actual reality of it. People promised that crypto would be transformative, but it has existed since 2008 or 2009 – where is the transformation? Aside from people gambling on bitcoin, but I don’t see that changing the future of society.

So how do you think this will all play out? Realistically, where do you think Web3 will go considering all the money and promotion that’s being poured into it?

I’m a bit of a cynic on that. Without strong changes as far as regulation goes, crypto will probably continue to follow this boom and bust cycle that we’ve seen over the past decade or two. It will get very hyped, people will start putting a lot of money into it, it gets extremely overinflated, and then it crashes spectacularly. Then someone will come up with a new way to market it and the whole thing repeats itself and people lose money the whole time.

I doubt that’s liable to change without regulatory action, but I also don’t think there is the political will for strong legislative changes around how crypto is regulated. So we’ll continue to see this fairly piecemeal enforcement and a hands-off approach that has already led to some pretty devastating failures.

But I hope – even if I don’t think it will happen – that legislators and regulators will get their act together a bit and realise they’re not squashing innovation by protecting consumers, they are simply protecting them from catastrophe. And they’ll start to actually treat these things as what they are, which is largely unregistered securities.

The Business Briefing newsletter delivers major stories, exclusive coverage and expert opinion. Sign up to get it every weekday morning.