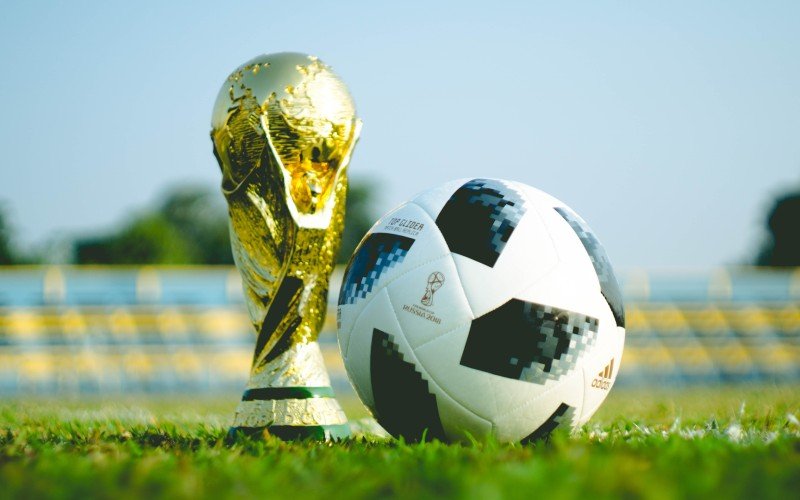 Qatar World Cup moments to be sold as NFTs

World football governing body FIFA is to launch a platform allowing fans to collect and ‘own’ key moments from the upcoming 2022 World Cup in Qatar in the form of non-fungible tokens.

FIFA+ Collect, launching on its FIFA+ service later this month, will also allow football fans to buy digital collectibles such as art and imagery around the tournament.

It will also offer these features around the 2023 Women’s World Cup in Australia and New Zealand.

“Fandom is changing and football fans around the world engage with the game in new and exciting ways,” said FIFA chief business officer Romy Gai.

“This exciting announcement makes FIFA collectibles available to any football fan, democratising the ability to own a part of the FIFA World Cup.

“Just like sports memorabilia and stickers, this is an accessible opportunity for fans around the world to engage with their favourite players, moments and more on new platforms.”

FIFA+ Collect will release a range of initial collections and details of upcoming exclusive and limited-edition collections to be released soon.

From launch, FIFA+ Collect will be available across all web and mobile devices and in three language editions (English, French, and Spanish), with several additional languages to follow.

FIFA+ Collect is powered by Algorand, the official blockchain platform of FIFA which is described as a carbon neutral blockchain accessible via multiple currencies and payment methods.

“FIFA’s platform – via a truly decentralised and scalable public blockchain – is the first tangible representation of the technical partnership recently announced between FIFA and Algorand,” said W. Sean Ford, interim CEO of Algorand.

“The commitment FIFA has made to bridge to Web3 enabled by Algorand, is a testament to their innovative spirit and desire to directly and seamlessly engage with football fans around the world.”

What happens to your crypto when you die?

Snap has axed its entire Web3 team as part of plans to lay off 20% of its workforce. The messaging giant blamed the redundancies on slow revenue growth, slumping stock prices and failure to meet financial targets.

Bill Murray saw $172,000 worth of crypto raised for Chive Charities stolen by hackers last week. The comedy actor’s Ethereum wallet was hacked for around 110 Wrapped ETH (wETH) as an auction for 1,000 NFTs, generating a total of 119.2 wETH, came to a close.

Muse topped the UK charts with its new album Will of the People last week after selling 51,500 copies, more than the following nine albums combined. The rock band has rolled out 1,000 digital NFT versions of the album, featuring alternative cover art and digital signatures from band members, via the Serenade marketplace.

Korean manufacturer LG is following Samsung in releasing an NFT marketplace on its TVs. LG Art Lab plugs into the Hedera Network – which LG supports – and allows people to buy, sell and showcase their Hedera NFTs from their screens.

Crypto lender Celsius has asked the judge presiding over its bankruptcy proceedings to allow it to return $50 million to users locked out of their accounts. This only applies to ‘custody’ accounts, and not ‘earn’ and ‘borrow’ clients, who allegedly signed over their ownership of the coins to Celsius when they deposited the crypto with the aim of earning interest.

Swiss crypto bank Sygnum will open a metaverse hub on the Decentraland metaverse. It will be hosted in the virtual equivalent of New York’s Times Square.

eukhost managed cloud hosting: Everything you need to know

Market leader Bitcoin – the original cryptocurrency created by the mysterious Satoshi Nakamoto – is at $19,750. BTC is where it was a week ago.

Ethereum, the second most valuable crypto coin – created as a decentralised network for smart contracts on the blockchain – is around $1,550. ETH is 8% up over the course of a week.

Binance Coin is a cryptocurrency created by popular crypto exchange Binance to assist its aim in becoming the infrastructure services provider for the entire blockchain ecosystem. Its BNB token is at $276, leaving it 1% down over seven days.

Cardano is an open source network facilitating dApps which considers itself to be an updated version of Ethereum. Its ADA token, designed to allow owners to participate in the operation of the network, is at 49c and 14% up in a week.

The XRP token of Ripple, a payment settlement asset exchange and remittance system, acts as a bridge for transfers between other currencies. XRP is at 32.7c, with its price 2% down on seven days ago.

Solana is a blockchain built to make decentralised finance accessible on a larger scale – and capable of processing 50,000 transactions per second. Its SOL token is at $31.66, 5% higher than its price a week ago.

Polkadot was founded by the Swiss-based Web3 Foundation as an open-source project to develop a decentralised web. Its DOT token, which aims to securely connect blockchains, stands at $7.52 and is 9% up on its price a week ago.

Meme coin DOGE was created as a satire on the hype surrounding cryptocurrencies but is now a major player in the space. DOGE is at 6.2c and 1% up over seven days.

Polygon aims to securely connect blockchains as a sort of decentralised internet. Its MATIC token is at 88c, while it is 14% up in a week.

Avalanche is a lightning-quick verifiable platform for institutions, enterprises and governments. Its AVAX token is at $18.86 and 7% up in a week.

To see how the valuations of the main coins have changed in recent times – and for round-ups of recent cryptocurrency news developments – click here.

For valuations of the top 100 coins by market cap in US dollars, plus 24-hour price change, see below.