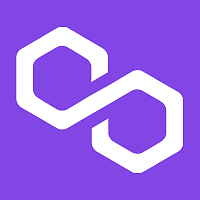 A butterfly effect means issues for Polygon’s MATIC this morning

Polygon (MATIC) price is set to take a big step lower as price action tumbles in a domino effect that creates too many headwinds for bulls to bear. Positions are being sold as the Relative Strength Index tanks. Expect to see a further sell-off this week as a turnaround is nowhere near, and a default by an energy supplier in Europe could trigger a Lehman Brothers domino effect.

MATIC price is facing a 2008 crisis

Polygon price tanks over 3% during European trading hours on the back of news Sunday evening that Finland and Sweden had to bail out a few energy companies that were near default. The risk of one energy supplier defaulting in the European region could trigger a massive domino effect that would match or even succeed the collapse of Lehman Brothers in 2008. Investors are fleeing risk assets and searching for safe havens with a lot of dollar strength, strangling cryptocurrencies yet again.

MATIC price is currently hanging by a thread on the back of the 55-day Simple Moving Average (SMA) near $0.862. As long as that holds, the uptrend is still secured. Although, should that 55-day SMA give way to bears, expect to see a collapse back to $0.750 with 15% of losses

With support from the 55-day SMA, an alternative scenario might propose a swing back up once the initial market reaction from the negative euro news starts to fade. Expect price action to pop back to $0.900 with the profit target at $0.960 back on the forecast. That would mean a solid 9% of gain for bulls to book.