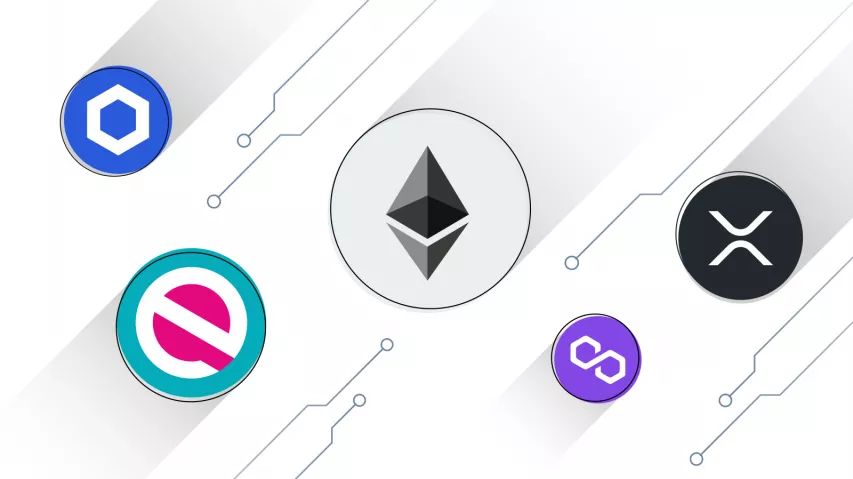 The Magic of Altcoins: How do I Know if a Coin is Worthy of Attention?

Bitcoin accounts for almost half of the total cryptocurrency market capitalization, while ETH accounts for about a quarter of the market. The first altcoin was LightCoin, an offshoot of the Bitcoin blockchain in 2011, which is less energy intensive and faster than Bitcoin. An ICO works on the same principle: a start-up company seeks capital to expand its business, but investors get a stake in the venture. The promise of huge passive income is a lucrative target for cybercriminals. There are certain “red flags” in the crypto space that are signs of a possible scam.

Co-founder of Crypto Crew — the largest learning crypto-community in Ukraine.

Altcoins or alternative coins usually refer to all cryptocurrencies except bitcoin. Sometimes some people single out ether as well because the current correlation between BTC and ETH is noticeably higher than with other altcoins. But despite its high capitalization, ETH is still considered an altcoin. We can call it the “main alt,” setting the tone for all other alternatives to bitcoin coins.

That said, ETH, like other altcoins, depends on “bitcoin dominance” – that’s the ratio of BTC’s market capitalization to all other coins.

Some altcoins use different consensus mechanisms to verify transactions and open new blocks or try to disassociate from bitcoin and ether, providing new or additional features or targets.

The first altcoin was LightCoin, an offshoot of the Bitcoin blockchain in 2011. Lightcoin uses a Proof-of-Work (PoW) mechanism called Scrypt, which is less energy intensive and faster than Bitcoin.

Altcoins are very speculative, so before you invest – familiarize yourself with the types of scams so you don’t lose your funds.

Types of frauds related to altcoins

1. One of the first and most popular types of fraud associated with altcoins is Initial coin offering (ICO). An ICO works on the following principle: a start-up company seeks capital to expand its business, but investors get a stake in the venture. And instead of their capital, they get cryptocurrencies.

At first glance, an ICO is just another way for a startup to accumulate
capital, but this offering is not resistant to manipulation. A company or
individual can say that they have a unique opportunity to invest in a new form of cryptocurrency with a guaranteed huge return. And then get you to transfer a bunch of new coins into a digital wallet that will “miraculously” be compromised.

2. Another method of fraud is the “pump and dump” method. Here’s how it can work: an altcoin owner spins up a crypto-asset, and when the price peaks, the scammer sells everything, after which the price of the asset collapses dramatically and investors lose their money. Pump and dump schemes are usually accompanied by false promises in certain categories: guaranteed exorbitant profits and inexhaustible support from celebrities and influencers.

3. As we saw in the Squid Game scam, skilled programmers now can create new games and entire imaginary worlds. A simple way to scam newcomers to crypto investing is to get them to buy a newly minted coin or token to play the game. If enough people raise the price through supply and demand, it gives the primitive scammers a chance to sell all their assets and disappear. This scheme is known as “pulling the rug.”

4. Scammers can also abuse DeFi protocols. This is a lucrative target for cybercriminals. While law enforcement is just getting deeper into the crypto world, attackers are evolving and developing new tactics to steal funds.

5. A large proportion of people consider alternative coins to be another “Ponzi scheme,” that is, a scam in which the money of one group of people is secretly used to pay promised proceeds to another group of people. Unfortunately, such cases do happen, but they can be avoided.

How to Avoid Altcoin Scams?

Cryptocurrencies can indeed generate significant returns compared to traditional asset classes, but one can fall victim to fraud through recklessness. There are certain “red flags” in the crypto space that are signs of a possible scam, let’s break them down in more detail.

●  The promise of huge passive income.
Thanks to innovations such as the DeFi architecture, crypto businesses can not only replicate passive income platforms but also offer much higher than usual returns. So if there’s an offer of too good terms and daily income – ask where the money is coming from. If you don’t like the answer or don’t get it at all, don’t get involved with such currencies and platforms under any circumstances.

●  Lack of Risk. Even the most well-known virtual currencies carry incredible risk. Any organization that says otherwise is either incompetent or planning a scam.

Fundamental analysis of altcoins involves reviewing and evaluating all available information about these currencies. This includes looking at the use cases of the cryptocurrency and its network, as well as the teams behind the project. This helps to fully understand and evaluate the best altcoins to buy.

A thorough review of the technical documentation of the token will provide a lot of relevant information. The white paper should give you a good idea of how altcoin will provide value to its users.

Looking at supply and demand is one of the best ways to evaluate your next cryptocurrency investment. Simply put, altcoin should have incentives that will increase demand so that supply is constantly decreasing or stable. When demand exceeds supply, prices rise, thereby fueling even greater demand.

Online altcoin exchanges should also be carefully researched.
Research the target platform inside and out. Review social media posts to get feedback from other users. Use only reliable legitimate platforms to
reduce the risk of losing money.

It is very important to evaluate the team behind the project. You can find information about the team in the white paper, but try to do independent research on them as well. Look at the team’s page on the official website, as well as their LinkedIn profiles. The goal is to see if the organization is experienced, with experts who know what they do.

Signs of reliability in altcoins

●  Broad community and adoption of new programs and protocols even during a bearish trend.

●  A positive growth trend since its launch.
Stability in the list of crypto-assets is a great indication of investor
confidence in the coin.

●  The rapid pace of renewal after a market
downturn.

In general, investing in altcoins is similar in principle to investing in venture capital. The algorithm of project consideration is the same: it is important to understand who the founders are, what other investors there are, and what idea the token carries. If the project has its own Road Map (with clear and precise goals), this will also be an important bonus.

Separately, you can check the coin on Coinmarketcap. Especially whether the number of coins is limited or not. If the project plans to issue a lot of tokens (more than 1 billion), it indicates a bad investment because of too many.

So, altcoins are not a bad kind of investment, but they are very risk-sensitive, collapsing some investors’ portfolios to zero. Be cautious with alternative coins, carefully analyze all information, and use only proven reliable platforms.