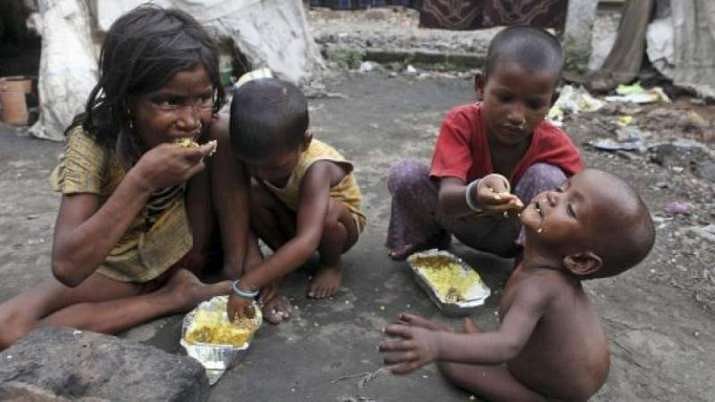 How Machine Learning and Blockchain can solve world hunger

According to the United Nations Hunger Report, more than 800 million people don’t have enough food to eat, which makes almost 10% of the total population suffer from hunger (food insecurity) every day. The World Food Programme (WFP) reports that more than 48 million people face emergency levels of hunger, with the threat of acute malnutrition, starvation, and death. Compared to people experiencing acute food insecurity at crisis levels or worse in 2020, there will be an increase of nearly 40 million people in 2021 who suffer from acute food insecurity at crisis levels or worse. The United Nations Hunger Hotspots Report highlights Ethiopia, Nigeria, South Sudan, and Yemen as the countries with the highest levels of hunger in the world. A lot of factors such as conflicts, extreme weather patterns, and disparities caused by economic shocks and health crises, including the coronavirus pandemic, are driving food insecurities around the world. Even the war in Ukraine has made the hunger crisis worse as conflict restricts global food supplies, drives up prices, and threatens the world’s most vulnerable people and countries.

On the other hand, we waste more than 1.3 billion tonnes of food that is worth almost $2.6 trillion. According to the latest United Nations research conducted to support global efforts to halve food waste by 2030, it was found that almost 931 million tonnes of food, which accounts for almost 17% of total food available to consumers in 2019, went into the waste bins of households, retailers, restaurants, and other food services.

However, we live in an era of the digital age where advancements in technologies such as machine learning and blockchain have been catapulted by the progress of the fourth industrial revolution. With such advancements in technologies, we still have hope to fight the food insecurities around the world. Machine learning is a computing method that is capable of understanding patterns automatically in digital data very well and, henceforth, the computing machines are capable of taking further actions based on the learned patterns from the digital data. On the other hand, blockchain provides us with the flexibility to digitise any physical asset with the comfort of internet security.

In recent years, we have noticed a surge in the development of several applications that aim to help in food waste reduction. For example, the OLIO app helps consumers to share their leftovers with neighbours, and, on the other hand, we have Too Good To Go and Karma-like apps that help in reducing food waste at the retail level by enabling the shops and supermarkets to sell about-to-expire food at a discounted price. Though these apps help to tackle the food waste crisis to a certain level, none of these apps proactively help in hunger reduction.

Currently, most of the hunger-related apps that are available aim to reduce food insecurities through a donation-based operation. For example, the ShareTheMeal app by the United Nations’ World Food Programme seeks a donation of $0.80 per meal, which in return buys a meal to be distributed in food insecure areas of the world. On the other hand, we have the nosh app, which is a machine learning-based food management app that helps consumers to buy about-to-expire food at a discounted price from food vendors and a portion of the proceeds of the transaction goes to hunger-related charities. Though these apps are a step towards eradicating food waste and hunger, current technologies could be extended further to deal with hunger-related issues more effectively.

Today, still a lot of key stakeholders in the food supply chain use distributed paper trails as part of food production, consumption, surplus, and wastage, making it more difficult to trace the trends in these statistics throughout the agri-food supply chain. For example, supermarkets might be aware of how much food is being sold or stocked in inventory, however, they might not have accurate data on consumers’ food consumption and wastage habits. Similarly, farmers might have an idea of how much food is produced or sold to warehouses, shops, and supermarkets, but farmers might not have accurate information on how much food is wasted at the shop, warehouse, supermarkets, and consumer level. This dissociation of information on food within the food supply chain creates an abstract layer that makes it more difficult to trace and track the food consumption and wastage data, which retrospectively makes it difficult to shift food surplus and waste to food insecure areas to deal with hunger-related issues.

To tackle such a problem, the food supply chain needs to adopt standardised digitization of the food data that could be achieved using blockchain technology since such technology makes it easier to trace and verify the source of the data. At the same time, machine learning could be used on such digited food data on the blockchain in the supply chain to understand patterns of consumption, surplus, and wastage throughout the supply chain such that if there is food surplus or wastage in areas then they could be shifted in the areas inflicted with food insecurities.

Moreover, blockchain-based cryptocurrencies could also play an important role in reducing hunger as well. Compared to fiat currencies such as the dollar, rupees, and sterling, consumers don’t need a bank account or have to go through rigorous financial regulations to hold, buy or sell cryptocurrencies. This means that cryptocurrencies could be used by anyone regardless of geo-political concerns, making such a currency more preferable to be used to eradicate hunger. For example, companies in the developed regions such as the UK and the US that are trying to reduce food waste could convert portions of the profits into cryptocurrencies that could be sent to food insecure areas such as Sudan, Ethiopia, and Yemen such that the cryptocurrencies could be used to buy and supply food in those regions without concerning about general issues related to currency conversions and transfer across borders. However, this type of technological system would require collaboration among different entities within the supply chain and government. And also, requires the destigmatization of blockchain-based technologies such as cryptocurrencies around the globe.

Though it might seem that we are far from achieving this utopia of a world with no hunger using technology today, this dream could still come true shortly if all of us become more conscious about hunger-related issues and keep an open mind in adopting such technologies to create a more fair world – a world without hunger.

The author, Somdip Dey, is a Lecturer at the University of Essex, UK

HIVE Blockchain: Why The Way Forward Is Promising (NASDAQ:HIVE)