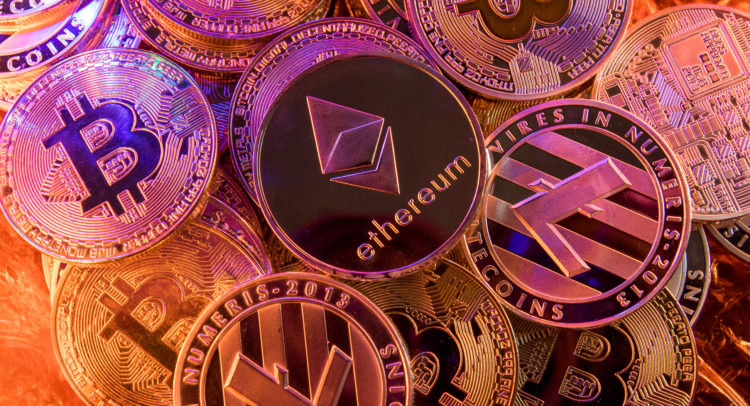 Following last week’s downtrend, bitcoin (BTC-USD) has slipped further below key support levels over the past seven sessions. The flagship cryptocurrency is currently trading just above the $21,500 mark. Following the steep drop below support sitting at $23,500 on August 18, performance has since flattened for bitcoin, with the cryptocurrency largely trending within a horizontal price range in the time since.

With BTC now down by nearly 70% from its November 2021 all-time high, investors are eagerly awaiting the next announcement from U.S. Federal Reserve officials attending the annual conference in Jackson Hole. Market analysts are projecting a possible reversal higher over the weekend as the U.S. Dollar comes under pressure following weak data from the US Purchasing Managers Index (PMI), helping provide some positive tailwinds for bitcoin.

Carnage Continues Across the Altcoin Market

Echoing the decline in bitcoin, the altcoin market has reacted similarly to the increased bearish pressure, resulting in liquidations of nearly $600 million worth of long positions and marking one of the worst liquidation streaks recorded in 2022.

The pace of outflows from funds covering cryptocurrencies did slow, though, with Ethereum (ETH-USD) even experiencing a bump of nearly $3 million worth of inflows despite bitcoin outflows totaling $15 million over the same period.

Cardano (ADA), Solana (SOL), Dogecoin (DOGE), Polkadot (DOT), and Shiba Inu (SHIB) are among the major altcoins that registered the largest losses over the last week. Regardless of its latest slide, Cardano is nearly halfway through its Vasil hard fork, helping improve the outlook for the network’s native ADA token. Solana, on the other hand, is finding it difficult to sidestep ongoing bearish pressure even after reporting strong network growth during the second quarter.

Meanwhile, meme coin DOGE experienced a sharp drop in its market capitalization, with Polkadot (DOT) inching towards replacing it in the top-10 list for the second time this month after surpassing the capitalization of Shiba Inu (SHIB). Nevertheless, the value of DOT has dropped by almost 10% over the past seven sessions, mostly because of the ripple effects of the ongoing liquidations and uncertainty regarding the U.S. Dollar.

Among the mid to low-cap altcoins, Avalanche (AVAX) reversed from the prior week’s gains to tumble by nearly 9.3%, Ethereum Classic (ETC) dropped by approximately 8.1%, and Tezos (XTZ) slid by about 10%. That said, some of this week’s biggest slumps arrived from Flow (FLOW) and Filecoin (FIL). The value of FLOW dropped by 18.7%, outpaced by the 22% drop in FIL.

Amid the broader market’s dilemma of liquidations, ongoing losses, and weak investor sentiment reversing back to the “extreme fear” territory, no impact was felt by the EOS Network. The value of EOS Network’s native EOS token jumped by a dizzying 20% over the past seven sessions.

The sudden surge in value comes at the heels of the latest announcement by EOS Foundation CEO Yves La Rose, wherein he confirmed the EOSIO rebrand and plans for the EOS Network to roll out the v3.1 consensus upgrade via a hard fork. On September 21, the community-led protocol, Antelope, is expected to hard fork the EOSIO codebase and the EOS blockchain.

Crypto Exchanges are Progressing Despite the Bear Market

Mirroring the licensing drive, Binance US has also acquired a Money Transmitter License from Nevada’s Department of Business and Industry, Financial Institutions Division. Adding to the growing competition for U.S. clients, Japanese crypto-derivatives platform Clear Markets has received approval from the U.S. FTC (Commodity Futures Trading Commission) to start offering its services in the United States.

Shifting gears to central bank digital currencies, China has officially rolled out the next leg of its Central Bank Digital Currency (CBDC) test program. Presently, Chinese nationals can use the digital Yuan (e-CNY) on ten different transit routes in Guangzhou and e-CNY to pay for subway rides across 125 stations in Ningbo city.