Blockchain memo: The state of Blockchain in Africa | The Guardian Nigeria News 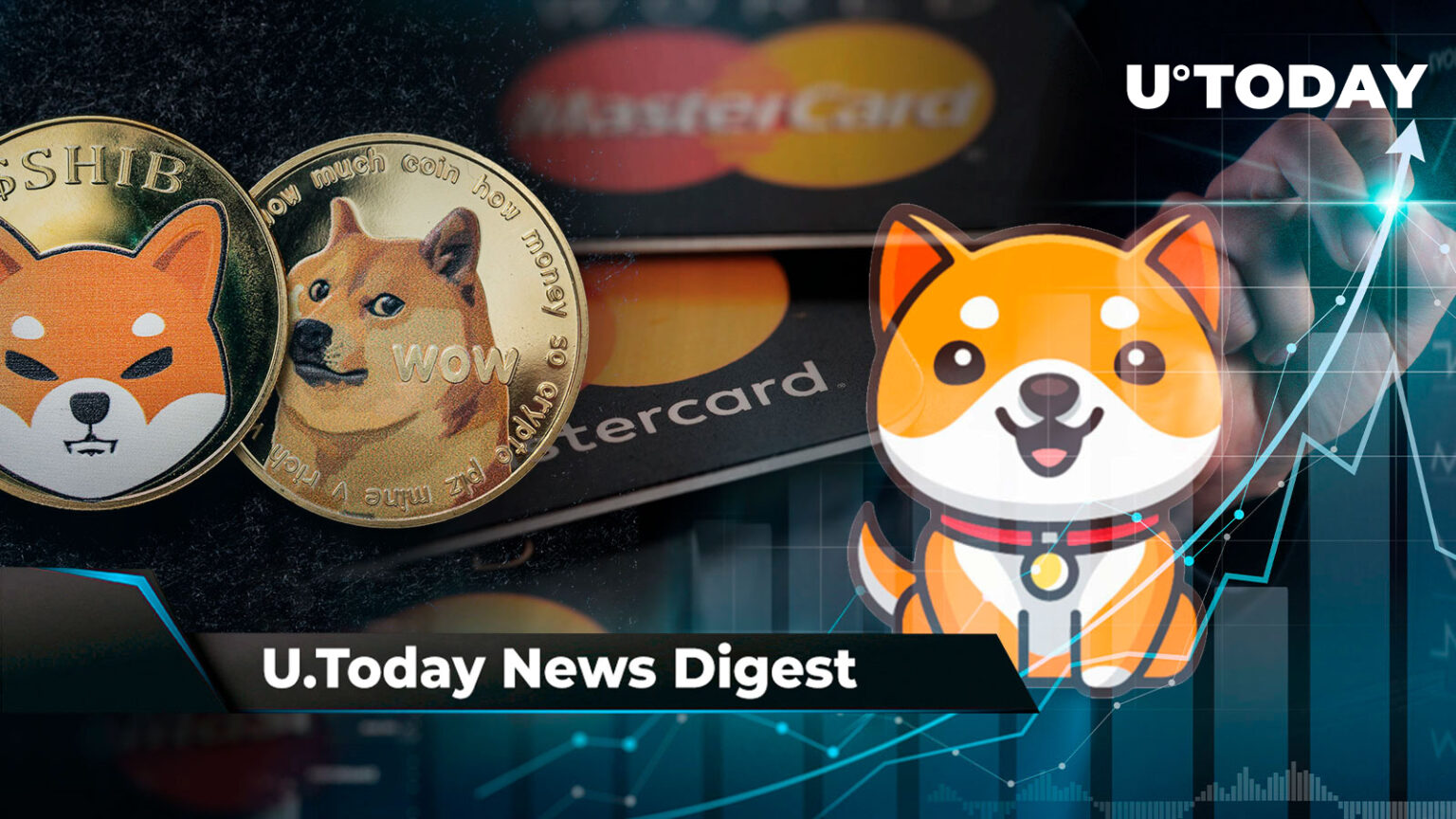 Check out U.Today’s news digest and make sure you are up-to-date with the latest events in the industry!

Here are the top four news stories over the past day presented to you by U.Today.

The BabyDoge army keeps growing every day as the holder count of the 232nd-ranked token has reached a new all-time high. According to a tweet by @babydogeburn_, the total number of BabyDoge holders exceeded 1,608,600. Reaching this milestone made BabyDoge surpass another popular meme token, Shiba Inu, whose holder count has recently hit 1,212,044, per data shared by WhaleStats wallet tracker. Meanwhile, a total of 6,159,781,942,879 BabyDoge were removed from the circulating supply yesterday. So far, slightly over 47% (or 198,559,701,264,492,704 coins) of the total BabyDoge supply has been sent to dead-end wallets.

As announced by Mastercard CEO Michael Miebach, the Binance card pilot has kicked off in Argentina; the country would be the first to have the product in Latin America. From now on, all Binance users in Argentina can use their assets to make their purchases and pay bills at over 90 million Mastercard merchants worldwide, both in-store and online. At the moment, Binance Argentina Card supports 14 cryptocurrencies, including BUSD, USDT, USDC, BTC, BNB, ETH, ADA, DOT, SOL, MANA, SXP, XRP, SHIB and AVAX. Previously, the Binance Card was introduced as part of a partnership between Binance and Mastercard to bridge the gap between crypto and regular purchases.

Tranglo, Ripple’s investment partner, opens a new payment corridor to the United Arab Emirates. The move has particular significance as the Arab Gulf remains a key region for the cross-border payments industry, with the UAE being one of the top senders and recipients of remittances globally. Tranglo enabled Ripple’s On-Demand Liquidity (ODL) service for all of its payment corridors in March after the success of its test ODL deployment in September 2021, with 250,000 transactions totaling $48 million completed in the first 100 days.

Cardano is halfway through Vasil upgrade

Cardano’s Vasil hard fork is halfway to completion. According to PoolTool, 36% of stake pool operators (SPOs) have updated their nodes to version 1.35.3, which was released last week. The heavily tested version has been picked for the upcoming Vasil hard fork upgrade. As reported by U.Today, 75% of SPOs are required to upgrade their nodes before the much-awaited upgrade takes place. In addition to this, Input Output has to onboard at least 25 cryptocurrency exchanges before the mainnet launch takes place in order to ensure a sufficient level of liquidity. Cardano’s decentralized development community also has to rally behind the Vasil hard fork before it gets implemented.

World Cup Inu enlists its native token on the Ethereum