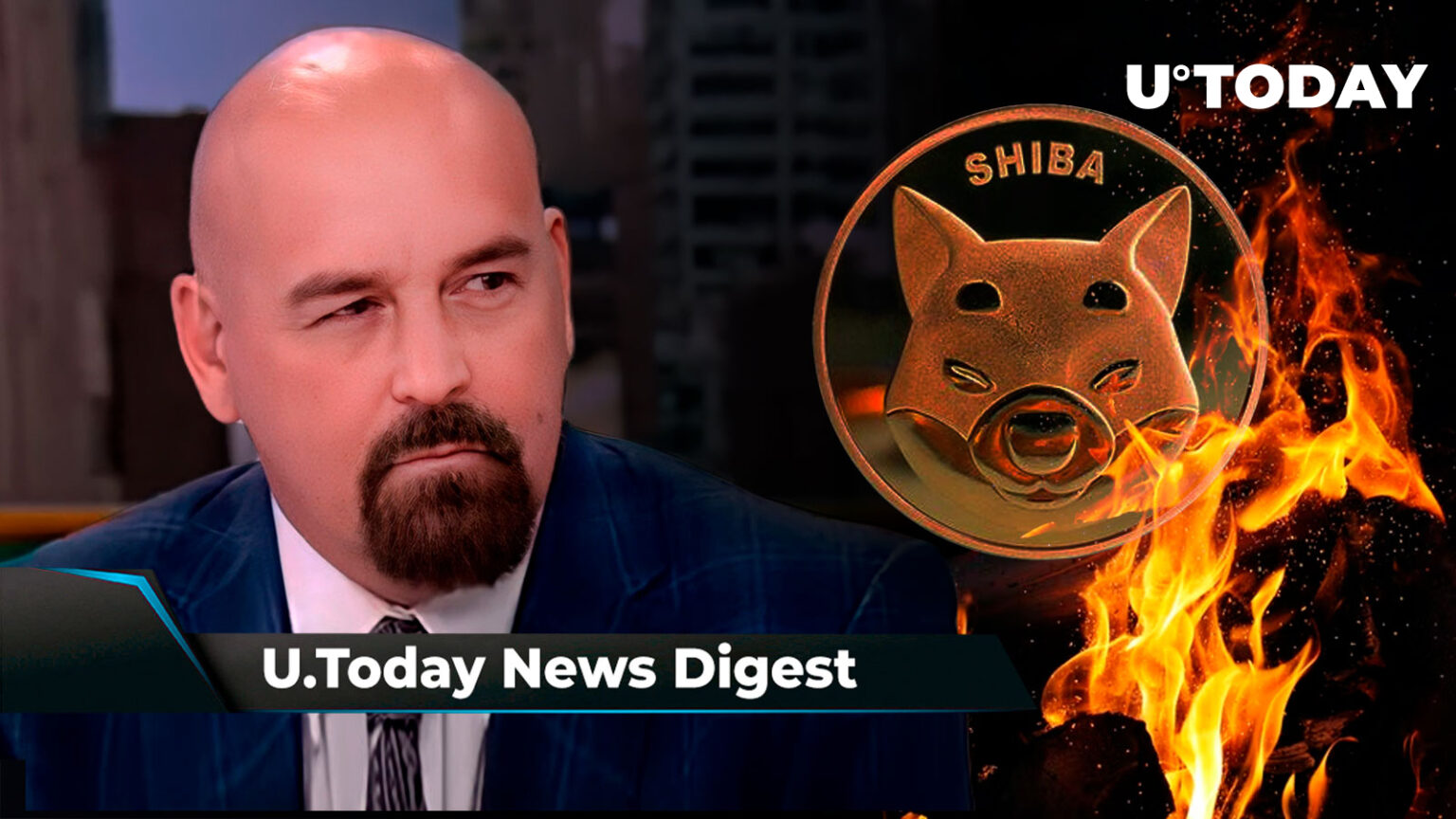 U.Today’s crypto news digest will not let you miss any of the industry’s most important events!

U.Today presents you with the top four news stories over the past day.

Good news for Binance users: The world’s biggest exchange in terms of daily trading volume announced new rewards in the form of XRP for those who complete its courses and quizzes. The special offer lasts from Aug. 24 to Aug. 30. As recently reported by U.Today, Binance DeFi Staking added support for XRP, which allows users to “stake” their XRP and earn up to 1.40% APR in rewards. Binance also announced the addition of XRP as a means of payment with the Binance Card, making it available to over 60 million merchants globally through this integration.

Shiba Inu could burn at least 111 trillion within months, here’s how

SHIBQueenie, moderator of the official SHIB Discord channel, speculated that at least 111 trillion SHIB could be burned within 12 months. In her hypothesis about burning trillions of SHIB, ShibaSwap 2.0 and the impending Layer 2 Shibarium are both expected to play significant roles. The SHIB Discord moderator also anticipated that, in the coming months, dApps on Shibarium could cause the local ecosystem to burn trillions more SHIB. The renaming of Shiba Inu Lands in SHIB Metaverse would make it possible to burn through billions of SHIB. Of course, this does not include several other burn initiatives, which are currently recording millions and even billions of SHIB burned in weeks.

According to CryptoLaw founder John Deaton, something shocking might happen after the summary judgment briefings are made public. He stated that we might see evidence we are currently unaware of, including testimony from Ripple top execs, former employees, as well as from WIlliam Hinman and other SEC officials. Deaton also predicted that enthusiasts watching the case will see why it was “so important that XRP holders be heard.” As shared by James K. Filan recently, the remaining months of 2022 may be key periods in the lawsuit based on the upcoming decisions and motions to be filed.

From Dogecoin to Bitcoin: Australia to “token map” crypto assets

Australia’s Prime Minister Anthony Albanese says that the country is set to become the first one in the world to carry out the process of cryptocurrency mapping. The process entails specifying the characteristics of particular cryptocurrencies, including such popular meme coins as Dogecoin. Regulators will determine specific types of crypto assets, their core tech features, and underlying code. In the near future, the Australian government is set to introduce a consultation paper on digital assets. As noted by Treasurer Jim Chalmers, the crypto market remains mostly unregulated in the country. Thus, it is necessary to develop mechanisms that would improve investor protection.